Spending in the trillions has been ‘normalized’: Committee for a Responsible Federal Budget president

Medicare, the health insurance program for older Americans, would cover dental, vision and hearing under a massive $3.5 trillion budget blueprint reached by Democrats this week that would vastly expand the government-funded social safety net.

The spending agreement – announced on Tuesday – would invest billions in an array of planned health, education, environment and social programs as Democrats seek to use their power monopoly in Washington to squeeze through a slate of left-wing priorities.

"Seniors should be able to grow old in the United States and be able to hear the world around them, clearly see their loved ones, and keep teeth in their mouths," Sen. Bernie Sanders, the chairman of the Senate Budget Committee, said in a tweet. "That is not a radical statement. We must expand Medicare to cover hearing aids, vision, and dental care."

Still, the budget faces a long road to passage: Democrats need to secure lock-step support for the measure in order to use their slimmest-possible Senate majority to pass it using a procedural tool known as reconciliation, which allows them to bypass a 60-vote Republican filibuster.

Progressives such as Sanders had pushed for as much as $6 trillion in new spending, while moderate lawmakers have pushed for a smaller figure that won't add to the nation's already record-high deficit.

"We know we have a long road to go," Senate Majority Leader Chuck Schumer said this week. "If we pass this, this is the most profound change to help American families in generations." 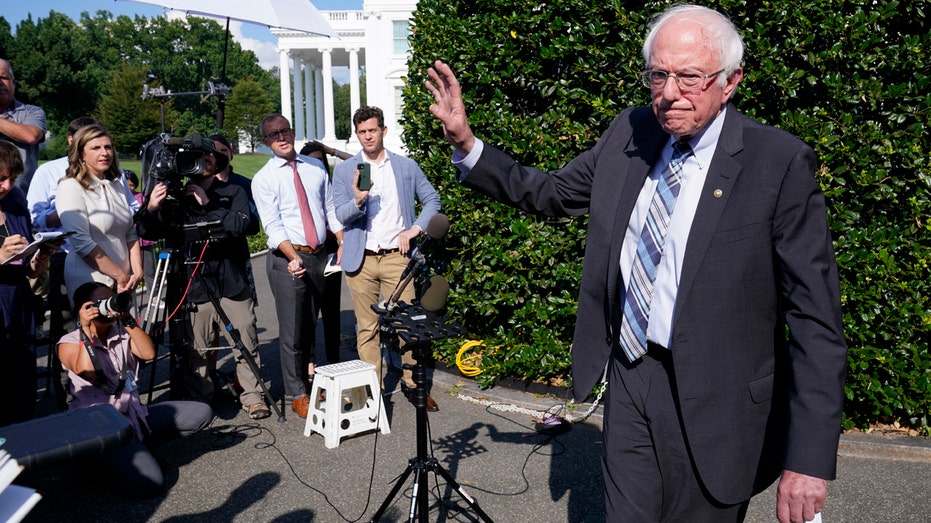 Biden campaigned on expanding the Affordable Care Act and repeatedly pledged to lower the qualifying Medicare age to 60, with an option for individuals between the ages of 60-64 to keep their coverage.

WHAT IS MEDICARE, AND HOW DO YOU GET IT?

It's unclear whether the proposed budget, which has yet to be transformed into legislation, would lower the Medicare eligibility age to 60 – a policy that could provide coverage for up to 11.7 million people with employer-based insurance, 2.4 million people with private coverage and another 1.6 million people who are uninsured, according to one estimate published by the Kaiser Family Foundation, a nonprofit based in San Francisco.

More than 60 million individuals, the majority of whom are 65 or older, rely on Medicare as their primary health insurance. The government created the program in 1965 under former President Lyndon B. Johnson, although it was broadened in 1972 to include certain people under the age of 65 who have a long-term disability.

The program helps to pay for a slew of medical services, including hospitalizations, physician visits, prescription drugs, preventive services, skilled nursing facility and home health care, and hospice care. However, it does not cover procedures related to dental, vision or hearing.

Still, it's unclear whether the measure would receive the necessary support from all 50 Senate Democrats. Moderate members, including Sen. Joe Manchin of West Virginia, have indicated they want to pursue a bipartisan infrastructure-only deal and have not committed to using reconciliation to pass more progressive priorities.