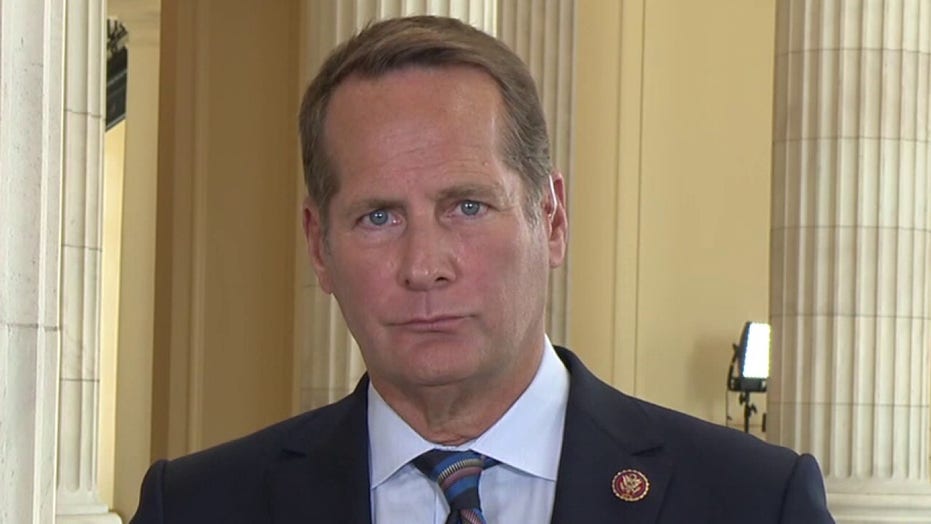 Rep. Rouda on House to approve $25B US Postal Service funding package

Does the Post Office need the money from Congress? California Democrat Rep. Harley Rouda weighs in.

Democratic Rep. Harley Rouda invoked Adolf Hitler during a virtual campaign event this week while sounding the alarm on President Trump and warned: "We should all be fearful."

Rouda, a freshman congressman in a swing Orange County California district, talked of the "commonalities" between Trump and dictatorships with a special focus on the rise of the Nazi leader.

He brought up a trip to Germany in 2017 with his wife and how they visited a national history museum in Berlin that documented Hitler's ascension to power and the atrocities of World War II.

"I'll give the Germans credit. They make no mistake about what they call it. They call it 'murder' over and over as to what Hitler and his supporters did," Rouda said during footage from a virtual campaign conversation viewed by Fox News. "But the thing that stuck out to my wife and I was as you were walking through the process of how Hitler came to power and then what he did — he came to power under fair, free elections. And he started denigrating the press. He started denigrating minorities, talk[ing] about the need … to control the press."

Rouda, who represents California's 48th congressional district, continued: "And when you start looking at the commonalities between what we are witnessing by this president, and what has transpired in dictatorships around the world. Again, we should all be fearful as to the direction we're going. We should be fearful that there are individuals who, with complete blindness to what is going on, will follow and do what this president asked of them."

“Congressman Rouda’s dangerous rhetoric only serves to further divide our country and insults the 46% of his constituents who voted for President Trump,” said Will Reinert, press secretary of the Congressional Leadership Fund, a group aimed at electing Republicans to the House. “How can Congressman Rouda be trusted to bring America together, when he shows such utter contempt for any American who disagrees with his one-sided liberal views?”

Tim Murtaugh, Trump campaign communication director. said: “This kind of explosive, hateful, and divisive rhetoric has no place in America and shows Democrats’ desperation. Joe Biden should repudiate this kind of talk immediately.”

But Rouda's campaign denied he was making parallels between Trump and Hitler.

"Of course Congressman Rouda did not make such a statement — that accusation is outrageous, and there is clearly no comparison between the two," Rouda's campaign said in a statement. "Congressman Rouda said that President Trump's repeated and established efforts to undermine our democracy should strike fear into every American, regardless of their political party."

However, in the footage viewed by Fox News, Rouda made the comments about Hitler in the context of warning Americans about the threats of Trump's presidency.

“I am scared that every single day we are taking one more step towards fascism," Rouda said. 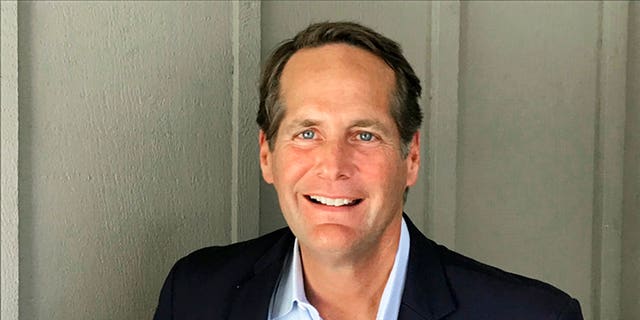 Rouda called out Trump for denigrating the press, for chants about locking up his political foes and for wanting to investigate opponents. He mentioned how protesters were forcibly removed from Lafayette Square park shortly before Trump walked through to visit St. John's Church for a photo opportunity on June 1.

"We have a president who uses federal troops and their batons and tear gas to hit and gas innocent protesters so he can have a photo moment in front of a church," Rouda said. "What we're seeing by this president should cause all of us fear."

Rouda was first elected to Congress in 2018 by defeating 15-term incumbent GOP Rep. Dana Rohrabacher. Republican Michelle Steel is trying to win the seat back for the GOP in November.