Speaking to a gathering of evangelical Christians at the Values Voters Summit in Washington on Saturday night, Donald Trump said Democrats are consumed by a “hateful spirit” as they pursue an impeachment inquiry that, the president argued, is just the latest chapter in an ongoing “witch hunt.”

“They are crazy — shouldn’t say it because we’re all the same — but they are crazy,” Trump said during a speech that lasted about 90 minutes. “As we’ve seen over the last three years, the extreme left has absolutely no respect for the will of the American people.”

“I never thought I’d see or hear that word with respect to me,” Trump said, referring to impeachment. “An ugly word, it means so much, it means horrible, horrible crimes and things, I can’t even believe it. It’s a witch hunt.” 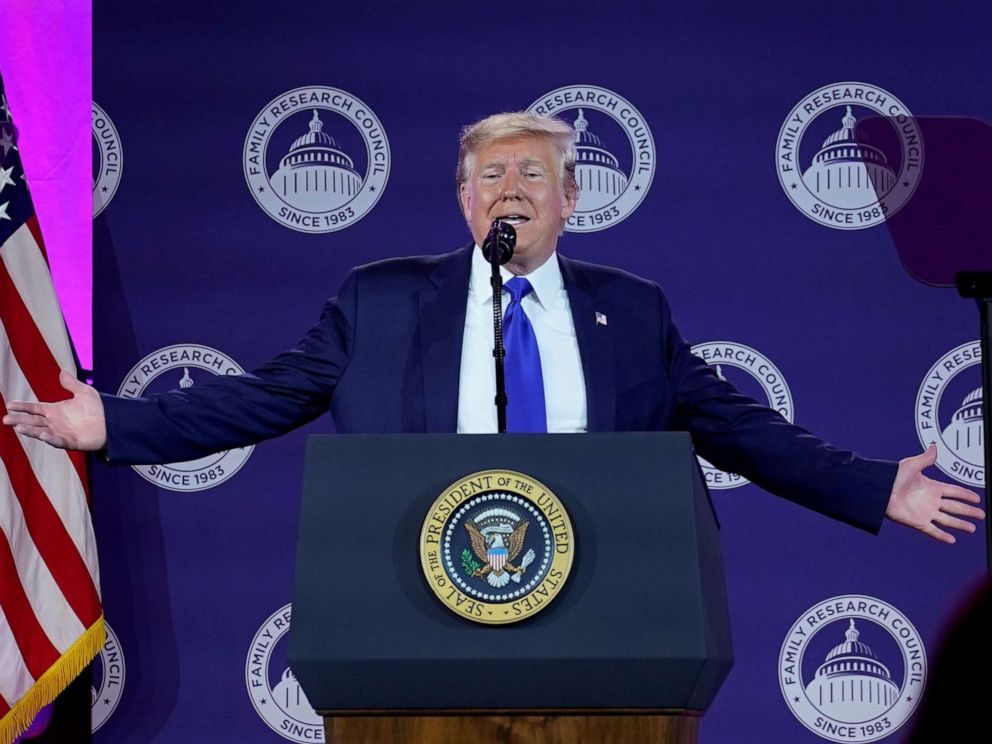 As he did last night, the president blasted House Speaker Nancy Pelosi, saying of her impeachment inquiry, “She’s gonna do it.” Trump said it’s because Pelosi hates America.

“If she didn’t hate our country,” Trump added, “she wouldn’t be doing this to our country. It’s a fraud.”

The president also talked about his wish to sue or try to impeach Rep. Adam Schiff after his remarks dramatizing his call with Ukraine President Volodymyr Zelenskiy, despite the fact that he’s been advised Schiff has immunity. 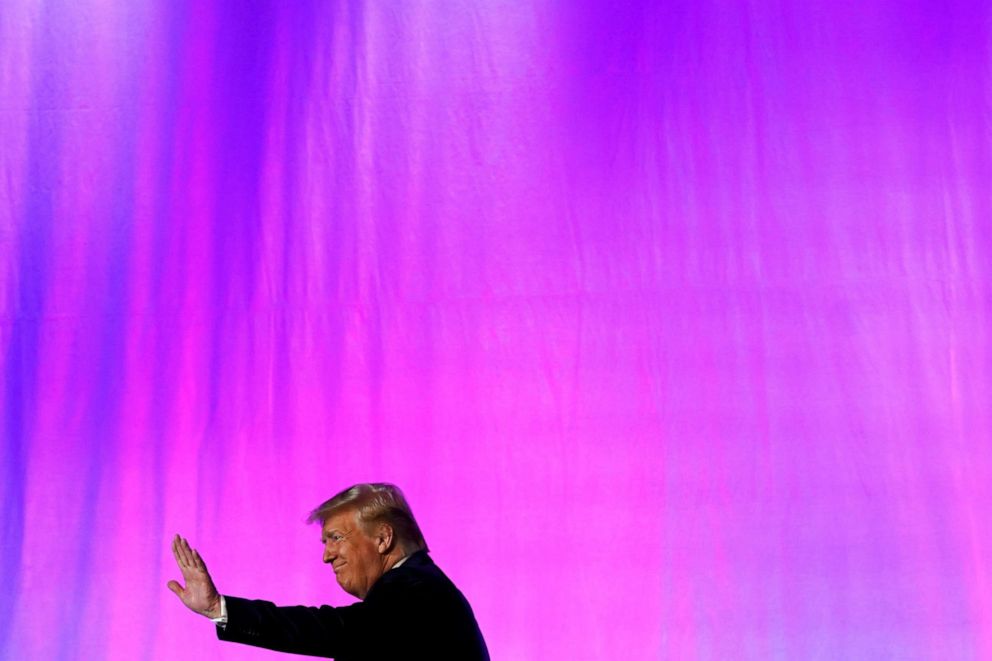 “I talked to my lawyers, I said sue him anyway, and sue Nancy Pelosi, or maybe we should just impeach them,” Trump added.

He continued to defend his call with the president of Ukraine as “just absolutely nice, totally different than the phony things that he revealed with this crazy whistleblower.”

The president at one point took aim at Beto O’Rourke, calling him a “whacko” over his call for revoking tax-exempt status for churches that oppose same-sex marriage.

“I will never allow the federal government to be used to target, harass or punish communities of faith,” Trump said.

Appealing to his supporters, the president also alleged that Democrats are “coming after me because I’m fighting for you, that’s a big part of it.

“On every front,” Trump warned the crowd on Saturday night, “the left is waging war on the values shared by everyone in this room.” 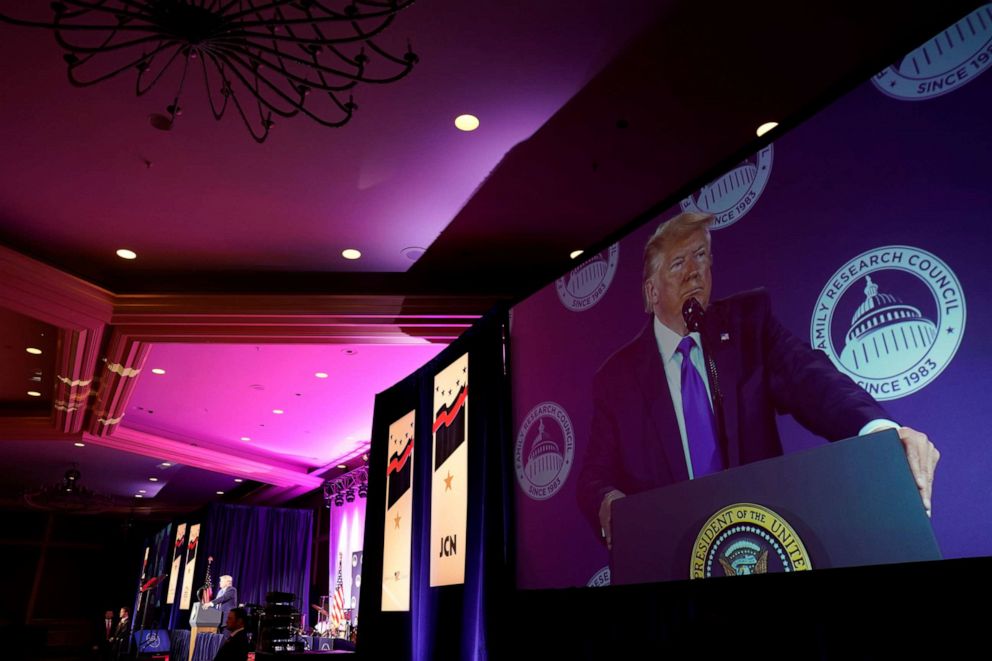 “They are trying to use the courts to rewrite the laws, undermine democracy and force through an agenda they can’t pass at the ballot box,” he said. “If given the chance, they would use every instrument of government, including the IRS, to try to shut you down. They’re using the IRS against me.”

Before Trump’s remarks, Pastor Andrew Brunson, the pastor freed last year from a Turkish prison, was invited on stage to pray over the president, alongside the Family Research Council’s Tony Perkins.

“I want to thank you for that beautiful prayer — it means a lot,” Trump said.

Later in his speech, in front of everyone, the president addressed Brunson, telling him he’d still be in that prison in Turkey if he weren’t the president.

“I don’t think our soldiers should be there for the next 50 years, guarding a border between Turkey and Syria, when we can’t guard our own borders,” he said. The president remained firm on his decision to stand aside for Turkey’s military operation in Kurdish territory in Syria.

Shortly after the president’s closing remarks, the White House released a statement announcing that the president has earmarked $50 million in stabilization assistance for Syria, which, press secretary Stephanie Grisham said is intended to “protect persecution ethnic and religious minorities.”

Would Kavanaugh recuse himself from Trump probe cases? GOP senator said it ‘depends’