FORT WORTH, Texas  ― A Texas appeals court appeared hesitant on Tuesday to overturn the criminal conviction of Crystal Mason, a 44-year old woman sentenced to five years in prison for illegally voting in the 2016 election.

Mason cast a provisional ballot in 2016 while on supervised release for a federal felony related to inflating tax returns. Texas prohibits felons from voting while they are serving their sentences, but Mason says she had no idea she was ineligible to vote.

Election officials didn’t count Mason’s ballot, but Tarrant County District Attorney Sharen Wilson (R) brought charges against her anyway and successfully convinced a lower court judge that Mason knew she was ineligible to vote and did so anyway. The state pointed to the fact that Mason signed a provisional affidavit warning her about voter eligibility to prove she knew she could vote.

Much of a brief oral argument Tuesday afternoon focused on the fact that Mason voted with a provisional ballot. Mason didn’t actually vote because her ballot was rejected, Thomas Buser-Clancy, one of Mason’s attorneys, told the three-judge, all-Republican panel. Federal law requires election officials to offer people like Mason a chance to vote if they are uncertain about their eligibility, and it’s determined later whether their ballots should count. That’s exactly what happened in Mason’s case, Buser-Clancy argued, and by prosecuting her, Texas was essentially criminalizing a process protected by federal law.

“Ms. Mason was convicted of illegal voting for following procedure set forth by the federal government to submit a provisional ballot,” Buser-Clancy, an attorney with the Texas chapter of the American Civil Liberties Union, said during his oral argument. “Ms. Mason did not vote on November 8, 2016. Ms. Mason submitted a provisional ballot and that ballot was rejected. That is not a vote in an election.”

Justice Dabney Bassel noted the state’s illegal voting statute requires that the person know they are ineligible while voting to commit a crime. He pressed Buser-Clancy on whether prosecuting a person who knowingly votes illegally is incompatible with federal law that requires provisional ballots for people unsure about their status.

Justice Elizabeth Kerr seemed interested in whether casting a provisional ballot could be construed as an “attempt to vote.” But Mason’s lawyer Buser-Clancy and Helena Faulkner, who represented the state of Texas, noted that Mason was not charged with attempting to vote; she was charged with actually voting.

Mason’s case immediately drew national attention last year because her sentence was so severe. Mason’s lawyers say her case is an obvious attempt to scare minority voters and people with criminal histories away from the ballot box. 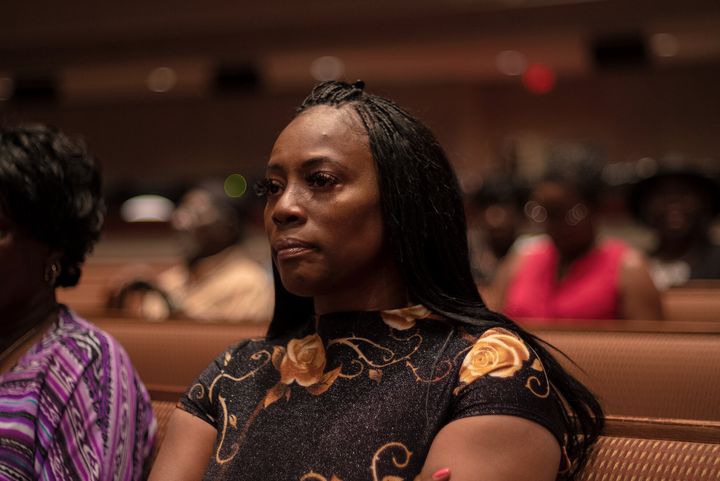 The small courtroom for Tuesday’s oral argument was packed to capacity with spectators, including several members of Mason’s family and church. Passersby outside the courtroom stopped to ask what the case was about.

When Buser-Clancy pointed to several provisions in Texas law that treated provisional ballots differently than votes, Justice J. Wade Birdwell, who asked the most questions on Tuesday, seemed unmoved. He noted that the word “vote” in the state’s illegal voting statute was a verb focused on someone’s conduct. The provisions Buser-Clancy was pointing to, he said, seemed to treat it as a noun.

Buser-Clancy said if there was any ambiguity about the meaning, the law required it to be interpreted in Mason’s favor.

The state’s two key witnesses during Mason’s trial failed to provide evidence that Mason had read a warning about voter eligibility, Buser-Clancy argued. One poll worker said Mason appeared to read the warning, but he couldn’t say for certain. The second said he saw Mason go over the language with her finger. But the provisional affidavit has two sides and the warning is only on one of it, Buser-Clancy noted. Neither witness testified that they saw Mason read the side with the warning.

In interviews with HuffPost, both witnesses gave different stories about what happened at the polls. The worker who offered Mason the provisional ballot, who was 16 at the time, said he was aware that she was ineligible to vote but forgot when she walked into the polling place.

Faulkner, the attorney representing the state, argued that Mason’s provisional ballot was a vote under Texas law. She said that if the court adopted Buser-Clancy’s argument, it would allow people to knowingly cast provisional ballots, have them rejected and walk away without punishment.

“Nothing in the Texas election code indicates that the verb “to vote” has to include, only includes a vote that was tallied in the final election,” Faulkner said. “She knew she was ineligible to vote. She wasn’t mistaken, as the court found, she knew.” 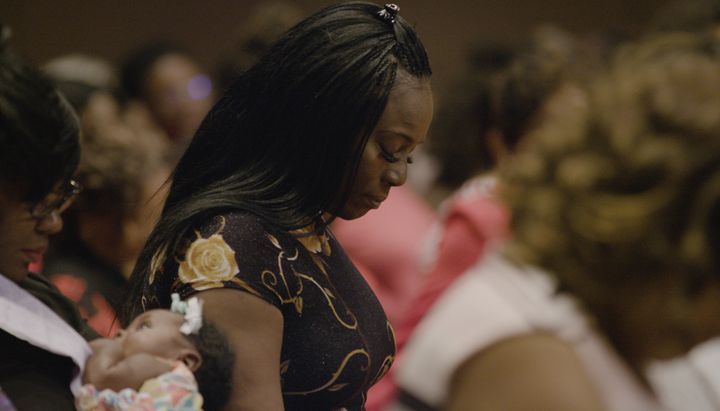 The decision to prosecute Mason for casting a provisional vote was unusual. Since 2014, 12,668 people cast provisional ballots in Tarrant County, and election officials rejected 11,085 of them. Mason appears to be the only provisional voter who was singled out and prosecuted for illegal voting.

Birdwell also pushed Faulkner to explain what the election judge had done to ensure that Mason had read the warning about voter eligibility on her provisional affidavit. Faulkner said the election judge had directed Mason to read the provisional affidavit, but Birdwell said there was a question about what Mason had actually read.

A ruling in the appeal could come at any time. If Mason loses, she would likely appeal to the Texas Court of Criminal Appeals, the state’s highest court, which could choose to either hear or reject her case. Buser-Clancy told reporters that Mason would appeal to that court if she lost at the Texas Court of Appeals.

Mason is out of state prison on an appeal bond, but the case has already upended her life. Because she was convicted of a crime while on federal supervised release, she was sent back to federal prison last August and held there until May. Mason was the primary breadwinner for her family ― which includes three of her own kids, four of her brother’s kids and several grandchildren ― and they nearly lost their home to foreclosure while she was incarcerated.

On Tuesday, Mason gathered outside the courtroom in a prayer circle before the court hearing began. She sat a few rows back in the courtroom with her children, nephews, nieces and grandchildren. Seated next to her was her 20-year-old daughter Taylor, who ran the household while Mason was in federal prison. Taylor bounced one of Mason’s grandchildren on her lap during the hearing as Mason sat expressionlessly, replaying the day she went to vote in 2016 while arguments went on.

“There’s no way I would do anything to jeopardize leaving my kids again. There’s no way that I would have went to vote if I knew I couldn’t vote,” Mason said during a press conference after the hearing.

Voter fraud is rare in the United States. Recently, there have been several examples of prosecutors bringing charges against people who illegally vote, many of which appear to be instances in which someone was confused.

For example, a Tarrant County woman was sentenced to eight years in prison for voting repeatedly as a noncitizen, even though she said she didn’t know she was ineligible. Texas Attorney General Ken Paxton (R) has touted an entire unit in his office dedicated to election integrity, but nearly all of the cases it has brought have been resolved with little punishment.

In North Carolina, a U.S. attorney loudly announced charges against 20 noncitizens for illegal voting, but almost all of the defendants have said in court over the last year they didn’t know they couldn’t vote.

Most of the cases have been quietly settled.

“They know that these prosecutions and harsh sentences in cases like Crystal’s are thinly veiled attempts to suppress the vote,” said Beth Stevens, an attorney with the Texas Civil Rights Project helping to represent Mason. “These are efforts that are meant to strike fear in the heart of other people.”

This Woman Got 8 Years In Prison For Illegal Voting. Texas Is Showing No Mercy.

Texas Is Talking Tough About Election Fraud, But Here’s What It Really Looks Like