Home » Politics » Conservative Party conference: Tory chairman Oliver Dowden tells civil servants to get off their Pelotons and return to the office

Conservative Party conference: Tory chairman Oliver Dowden tells civil servants to get off their Pelotons and return to the office

Civil servants have been told to get off their Peloton exercise bikes and return to the office by the Conservative Party chairman.

Oliver Dowden called on them to “start leading by example” after top civil servant Sarah Healey last week said she preferred working from home because she could spend more time on her Peloton.

Mr Dowden, who was culture secretary before the recent reshuffle, told a Telegraph fringe event at the Conservative Party conference: “I like my permanent secretary at DCMS enormously, Sarah Healey, but I am disagreeing with her on this one.

“I think people need to get off their Pelotons and get back to their desks.

“People really want the government to lead by example – they want civil servants to get back to work as well. We’ve got to start leading by example on that.”

He said there are currently “more desks occupied” at Conservative Party headquarters than in his former department. 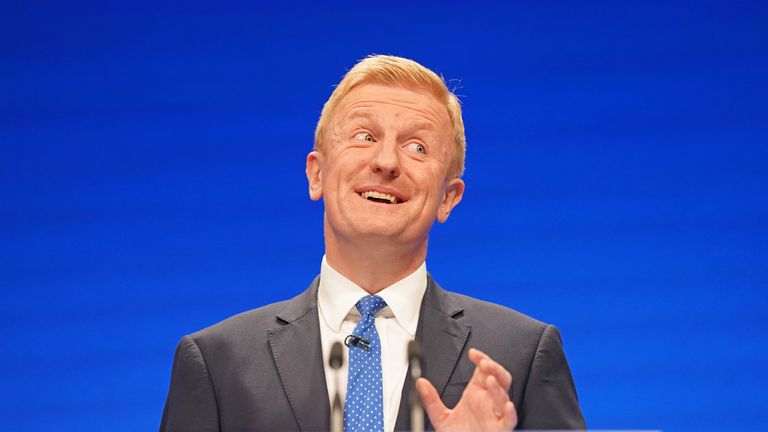 Boris Johnson is expected to push a “get back to work” message in his keynote speech on Wednesday following more than 18 months of home working due to the pandemic.

However, trade unions have accused the government of “hypocrisy” and giving in to the party faithful.

Dave Penman, general secretary of the First Division Association, which represents civil servants, said: “As the civil service, the broader public sector and thousands of companies in the private sector already know, what you deliver is far more important than where it’s delivered from.

“The pandemic has driven a quiet revolution in working practices that has seen innovation and reform from both the public and private sectors.

“Yet despite the incredible feats performed, ministers continue to want to stand in the way of progress and reform for the sake of a quick headline.

“The hypocrisy of ministers – who are happy to bank the savings in office space delivered by hybrid working but decry the practice for the party faithful – is frankly insulting to the dedication, professionalism and commitment of hundreds of thousands of public servants.”

A Cabinet Office spokesman said civil servants have been working “from home and the workplace” since the pandemic started.

“Like other employers, the civil service continues to follow the latest government guidance and is gradually increasing the numbers of staff in the workplace,” he added.