Cities say vaccine mandates aren't forever, but don't have plans on when they'll lift them 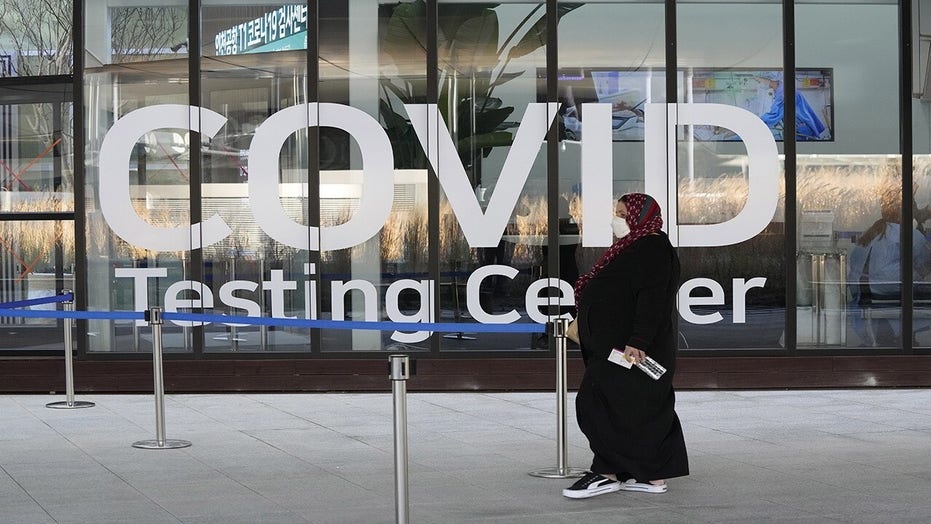 Dr. Makary warns against ‘wave of fear’ with omicron variant: ‘We can’t go hunting for a problem’

Dr. Marty Makary, professor of health policy at Johns Hopkins University, explaining the virus is more mild than other illnesses.

Officials from big cities with vaccine mandates for public places say they don’t expect the mandates to be permanent. But they also don’t have a clear plan for when or how they will lift the mandates that require millions of Americans to show documents to enter restaurants, gyms and more.

“It doesn’t come with an end date because we don’t know what’s coming,” Philadelphia Health Commissioner Cheryl Bettigole said of her city’s vaccine mandate for restaurants. “We have winter and omicron on the horizon. It’s very hard to predict what could happen next. We do want to roll this back as soon as we can, but that’s going to depend on our case rates and hospitalization rates.”

Philadelphia is just one of several major metropolitan areas in the U.S. with vaccine mandates for people to enter public places like restaurants. New York City, the City of Los Angeles, Seattle and San Francisco all have similar mandates. And New Orleans requires people to present proof of vaccination or a recent negative COVID-19 test to get into places like bars and restaurants.

Vaccine mandates are often sold as ways to roll back mask mandates and get back to normal – at least inside the spaces where only vaccinated people are allowed. In fact, Los Angeles County released guidance earlier this year that explicitly tied the lifting of its mask mandate to businesses requiring vaccines. 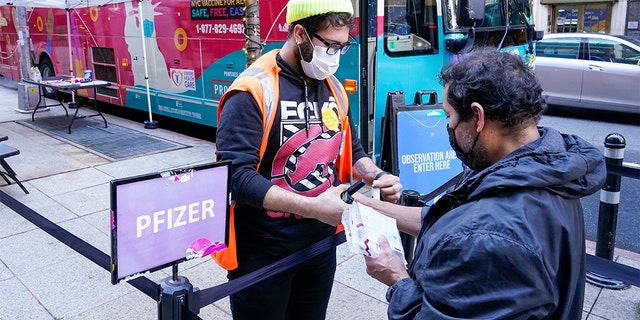 These cities say they eventually do want to return to the pre-pandemic normal. When asked by Fox News what their plans are to eventually roll back the mandates, most of them said they want to do so eventually. But none appear to have a clear plan for doing so.

“There is no specific end date at this time because it’s impossible to know what the next few months could look like due to the current delta wave and what we’re learning about the omicron variant,” Philadelphia Department of Health spokesman James Garrow said when asked about his city’s new vaccine mandate. “The health department is currently developing metrics that will be focused on case rates and hospitalizations to inform that rollback and will announce them at a future date.”

“Our vaccine mandate was put in place to slow the spread of the virus and encourage people to get vaccinated, while protecting those not yet eligible for vaccines,” the San Francisco Department of Public Health said of its mandate for vaccines in bars, gyms, clubs and more.

“As we get more of our population vaccinated, we continue to monitor the data to measure the full effect of our current vaccine mandates and decide on next steps,” the department added. “As it has been the case since the outset of the pandemic, we will be guided by science and, to the extent possible, will take a regional approach on our virus mitigation strategies.” 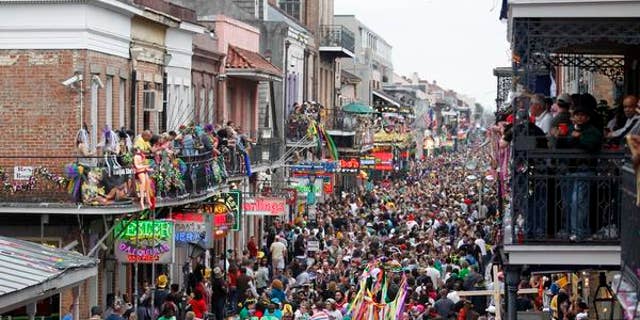 Mardi Gras crowds on Bourbon Street in New Orleans. The city will leave its vaccine-or-testing mandate in place until at least after carnival season.
(AP Photo)

New Orleans did not answer a question from Fox News about what metrics would prompt officials to roll back the city’s mandate. But a spokesman did say the vaccine-or-test rule will be in effect until at least late February or early March.

“The vaccine mandate — the requirement that individuals show proof of vaccination or a recent negative test to enter bars, restaurants and other facilities — will remain in place at least through Mardi Gras,” spokesman Beau Tidwell said. “We welcome visitors to New Orleans for the holidays and for carnival, and we want them to be safe. You will be required to show proof of vaccination at bars and restaurants throughout carnival season.”

Seattle is unique in that its order actually has an expiration date – March 16, 2022. The original health order from September says the policy will be “reevaluated at that time or sooner based on the status and impacts of the COVID-19 outbreak in King County.”

Despite saying that Seattle looks “forward to the time when the threat of COVID-19 has receded and mandates are no longer necessary,” Seattle and King County Health Officer Jeff Duchin did not provide Fox News any specific criteria that will factor into whether the mandate is extended. Duchin said Seattle will generally consider vaccination rates, the toll COVID-19 is taking on the health system, deaths, new variants and “unintended consequences of the mandates” when deciding whether to roll its rules back. 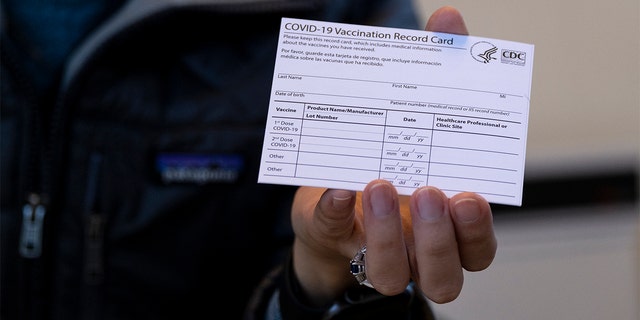 In this Jan. 10, 2021 file photo, Sarah Gonzalez, a nurse practitioner from New York, displays a COVID-19 vaccine card at a New York Health and Hospitals vaccine clinic in the Brooklyn borough of New York. Many cities, including New York, are requiring proof of vaccination to enter public areas.
(AP Photo/Craig Ruttle, File)

Los Angeles also has a mechanism to rescind its vaccine mandate, but it’s less specific. The vaccine mandate will expire when Mayor Eric Garcetti cancels the city’s state of emergency that’s been in effect since March 4, 2020. 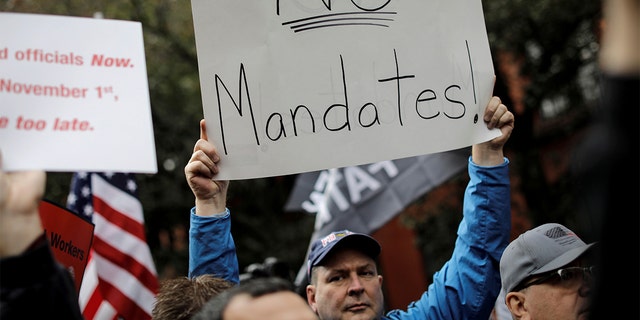 A demonstrator holds a sign during a protest by New York City Fire Department union members, municipal workers and others, against the city’s COVID-19 vaccine mandates on Manhattan’s Upper East Side, in New York City, Oct. 28, 2021.
(REUTERS/Mike Segar/File Photo)

It’s not clear when or if COVID-19 cases are likely to drop in the United States. They’ve plateaued in recent weeks slightly below the August and September highs that prompted many places to reinstate mask mandates after rescinding them in the spring. And some public health officials appear to be shifting their recommendations more toward 2020 precautions than a post-pandemic era.

“Please do not get together with other households for Christmas, or if you do keep those gatherings small, have everyone do a rapid test before they come and ask everyone to stay home if they feel even a little bit unwell,” Philadelphia’s Bettigole said Wednesday. “Please do not hold or attend holiday parties indoors, it’s just too dangerous.”