Dozens of Christian leaders have signed a statement defending science and calling on fellow believers to follow the advice of public health experts during the coronavirus pandemic.

The list of 76 leaders includes Christian writers, pastors, theologians, scientists, doctors and seminary leaders. They say they are deeply concerned about the “polarization and politicization of science” that is emerging in some Christian communities during the COVID-19 crisis.

“The word ‘science’ has become a weapon in the culture wars,” the leaders wrote in the statement published Monday. “Scientists are vilified and their findings ignored, while conspiracy theories go viral.”

“Thoughtful Christians may disagree on public policy in response to the coronavirus, but none of us should ignore clear scientific evidence,” the leaders wrote.

The signers come from a wide range of theological convictions ― from the solidly conservative New Testament scholar N. T. Wright to the progressive Christian author and podcaster Mike McHargue. Timothy Dalrymple and Daniel Harrell, the president and editor-in-chief of the evangelical magazine Christianity Today, added their names, as did Mark Labberton, president of California’s Fuller Theological Seminary, Walter Kim, president of the National Association of Evangelicals, and the popular Christian author Philip Yancey. More than 4,000 members of the public have also signed the statement.

All of the signers pledged to respond to the pandemic by praying, wearing masks, correcting misinformation, seeking justice for hard-hit communities and, eventually, getting vaccinated.

McHargue told HuffPost that he signed the statement because he believes it’s very important to accept the insights science offers about COVID-19. When prominent Christian leaders cast doubt on science or flagrantly encourage people to behave in ways counter to the advice of epidemiologists, the consequences are dire, he said.

“I hope that the faith leaders signing a statement like this, particularly those who are more theologically conservative than I, will encourage Christians to shift away from creating the problem toward participating in solutions,” McHargue said.

“COVID-19 does not care what your faith background is,” he added. “It does not care about theology, or liberty or an election. If we do not face this virus on its terms, millions will die, and it will be our fault.” 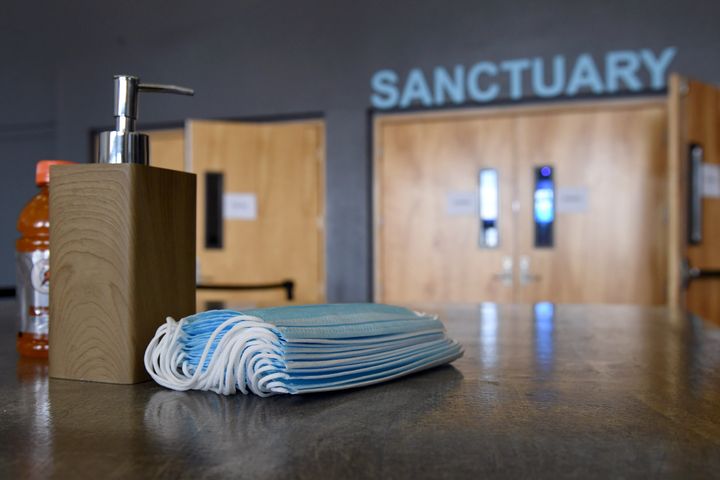 Deborah Haarsma, an astrophysicist and devout Christian, is one of the leaders behind the campaign. As the president of BioLogos, a faith-based advocacy group that helped organize the statement, Haarsma has spent years trying to show Christians and the wider world that science and religion can coexist ― and that each can actually enhance the other.

BioLogos was founded in 2009 by Francis Collins, a biologist who led the Human Genome Project and went on to direct the National Institutes of Health. Haarsma, who took over the reins at BioLogos in 2013, has plenty of experience fielding skepticism from evangelicals about evolution and climate change.

But something new has been happening over the past few months, she said.

Haarsma said she and her BioLogos colleagues have seen conspiracy theories about COVID-19 pop up on their social media feeds and in conversations with people in their churches and families. People were becoming more skeptical that the pandemic was happening and doubting that public health measures recommended by experts were worth following. She said she’s never seen this much mistrust of medicine in her community before.

“The fear and challenges of the pandemic have fanned this into a flame,” she said. “It’s fed, in some quarters, into this skepticism that science itself is invalid.”

Haarsma said she’s been deeply concerned that the evangelical leaders with the loudest voices on the issue have been those who are defying public health experts’ advice.

Christian legal defense firms have led a nationwide push for churches to reopen with minimal restrictions and ahead of the schedules set by public health experts. Conservative Christian activists have painted coronavirus limitations on worship services as violations of religious liberty. There have also been several high-profile cases of pastors and their congregations openly flouting local restrictions.

One prominent evangelical pastor, John MacArthur, has been welcoming thousands of congregants to his California megachurch since late July without enforcing social distancing or the wearing of masks. During a recent CNN interview, MacArthur said that he doubted the coronavirus death counts published by the Los Angeles health department. Asked if he was worried that his parishioners could die or get sick, MacArthur said, “I’m not going to add to the fear because I’m not convinced that what is being propagated is actually reality.”

This skepticism about science isn’t uncommon among members of MacArthur’s religious group. According to a survey conducted in late June by the American Enterprise Institute, a conservative-leaning think tank, most white evangelicals (58%) told the researchers that they believed scientists’ judgments were just as likely to be biased as other people’s. Majorities of all other religious groups surveyed said they believed scientists made judgments based solely on the facts. 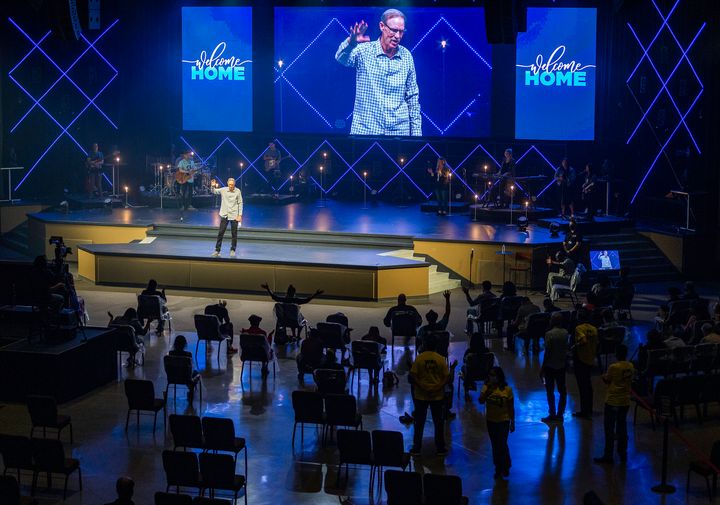 Haarsma said she thinks some Christians lose confidence in science because of the way it has been used to try to prove that God does not exist, which contradicts what they’ve experienced in their own lives. (BioLogos believes that claims about God’s existence go beyond the realm of what science is capable of investigating.) Christians of color have even greater reasons to mistrust doctors because they have long experienced discrimination or outright oppression from the health care community, Haarsma said.

One of the main motivations behind the BioLogos statement is to make sure the broader public knows that most Christians accept what scientists have learned about COVID-19, she said.

“We as a group really want the larger world to know that there are large numbers of Christians who see science as a gift from God in this context and are supportive of the scientists doing the research and are behind the measures for public health,” she said.

Only about 7% of evangelicals who regularly attend church said that their congregation is holding services in the same way it did before the coronavirus outbreak, according to a Pew Research Center report conducted in mid-July. Most (64%) said that their churches were open with modifications. Nevertheless, the survey suggested that some commonly recommended measures to stop the virus from spreading ― such as social distancing (52%), requiring people to wear masks (32%) and limiting or prohibiting communal singing (16%) ― aren’t particularly popular at reopened evangelical churches.

The majority of evangelicals (62%) said that houses of worship should be required to follow the same rules about social distancing and large gatherings as other organizations or businesses in their areas.

Haarsma said she hopes that the statement’s signatures ― and its careful explanation of the scriptural rationale for following public health experts’ advice ― will help church leaders start conversations with people in their communities who are skeptical about COVID-19. And ultimately she hopes it encourages Christians to live out their faith during the pandemic by making wise decisions supported by scientific evidence.

“Being the church in a pandemic means standing 6 feet apart, it means wearing an uncomfortable mask,” she said. “Because that’s the best way we can love our neighbors.”