China summons US envoys over sanctions linked to Russia deal 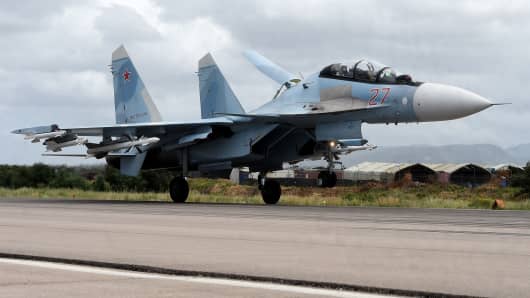 China summoned the American ambassador and the defense attache and recalled its navy commander from a U.S. trip to deliver a strong protest against economic sanctions Washington lodged over the purchase of Russian fighter jets and surface-to-air missile equipment.

The Defense Ministry said the U.S. had no right to interfere in Chinese military cooperation with Russia.

“We demand that the U.S. immediately correct the mistake and revoke the so-called sanctions, otherwise the U.S. must bear the consequences,” the Defense Ministry said in a statement.

The Foreign Ministry said that it had summoned Ambassador Terry Branstad.

Huang said China would immediately recall Shen Jinlong, a Chinese navy commander currently in the U.S. attending a symposium, and would postpone a meeting scheduled for Sept. 25-27 in Beijing about a communication mechanism.

“The Chinese military reserves the right to take further countermeasures,” Huang was quoted as saying.

Washington says China’s purchase of the weapons from Rosoboronexport, Russia’s main arms exporter, violated a 2017 law intended to punish the government of Russian President Vladimir Putin for interfering in U.S. elections and other activities.

The action triggers a visa ban on China’s Equipment Development Department and director Li Shangfu, forbids conducting transactions with the U.S. financial system and blocks all property and interests in property involving the country within U.S. jurisdiction.

The sanctions were enacted “to further impose costs on the Russian government in response to its malign activities,” it said. The U.S. will continue to “urge all countries to curtail relationships with Russia’s defense and intelligence sectors, both of which are linked to malign activities worldwide,” it said.

The Kremlin dismissed the sanctions as an “unfair” move to undercut Russia as a major arms exporter.

Kremlin spokesman Dmitry Peskov told reporters on Friday that Russia views the new set of sanctions as an attempt to undermine the competitiveness of Russian arms exports and vowed to reciprocate.

Pentagon creating software 'do not buy' list to keep out Russia, China