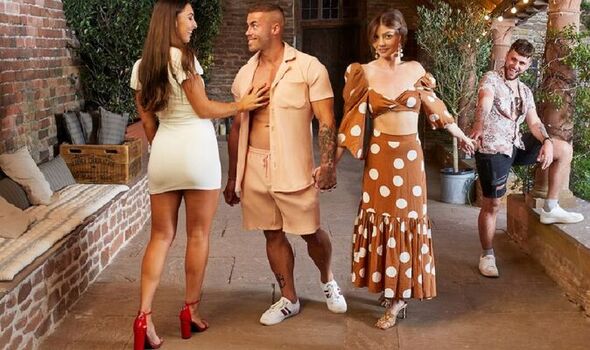 A sex therapist involved in the creation of “Open House: The Great Sex Experiment” admits that Mary Whitehouse would be “absolutely horrified” by the new series. In the first episode next Friday, Welsh couple Mady and Nathan are interested in bringing another woman into their relationship. This is filmed in a dimly-lit bedroom at a resort, containing explicit audio.

The programme has appalled pro-family campaigners and comes as the Government considers whether to privatise the publicly owned but commercially funded broadcaster.

According to Channel 4: “Assisted by sex therapists and relationship coaches, the couples will embark on a series of intimate challenges to road-test if the idea of having sex with other people is at odds with maintaining a committed relationship.”

Former Brexit minister and ex-Welsh Secretary David Jones said: “Channel 4 has been pursuing a vigorous campaign against the Government’s proposals for its future and to maintain the status quo. This programme illustrates very well why so many people think it needs to be changed.

“It’s nothing more than a return to 1970s-style sexploitation, appealing to the prurient and serving a lowest common denominator audience. Channel 4 needs urgent reform; otherwise it should be abolished.”

Sex therapist Lori Beth, who “collaborated” on the programme, described it as a “reality show, not a documentary”.

Asked what former TV campaigner Mary Whitehouse would think of it, she said: “She would have been horrified. Absolutely horrified.”

The setting features a hot-tub, “intimacy” games and a party atmosphere.

Dr Beth acknowledged there are a “lot of people who think this is against nature, and against God.”

It’s nothing more than a return to 1970s-style sexploitation

She argues: “Having an open relationship is less high-risk to a couple than having affairs. It’s not the sex that causes the issues [in relationships], it’s the lying and deceit [of affairs].”

Claiming there is “no perfect recipe,” she said: “Everybody needs to have choice. So if you’re going to be a monogamist, choose it because you know there are others, and thought it would work best for you.”

Former Conservative leader Sir Iain Duncan Smith, who says privatising Channel 4 is a “good idea”, was unimpressed, saying: “[This] is a lot of mumbo jumbo about choices in relationships which is there to excuse the obvious intention of using sex to try to push the ratings.”

Harry Benson, research director of the Marriage Foundation, said: “It doesn’t sound at all shocking to me. It’s just stupid and comes from a long line of stupid Channel 4 programmes that try to challenge family norms.

“The boring reality is that most people want reliable love, commitment and mutual sacrifice and most people get that through the act of marriage. It’s hard enough to make relationships work in the long run between two people.

“The idea anyone can make it work between three or more people is supremely deluded.”

Ciarán Kelly of The Christian Institute, said: “Every time you think a state-owned broadcaster can sink no lower, they seem to find a way. [You] wouldn’t have to be Mary Whitehouse to be horrified at this latest reckless assault on monogamy.

“The whole concept seems designed to deliberately repulse the viewing public. It will certainly leave many people asking how it fulfils the channel’s public service remit.”

Shipley Conservative MP Philip Davies voiced his support for privatisation, saying: “I have no idea why on earth the state continues to own a left-wing broadcaster.”

A Government spokesman said: “No decisions on [the future of] Channel 4 have yet been made. We are currently carefully considering all the views and evidence received through the consultation.”

A Channel 4 spokeswoman said: “The series features participants who are exploring the strength of relationships, and everyone featured in this series gave their full consent to take part and support was provided throughout filming.”

YOU don’t need to be a moral crusader like Mary Whitehouse to find “Open House: the Great Sex Experiment” a turn-off – you just need to prize efficiency.

Monogamy has survived for millennia because it is the most efficient relationship model, saving the couple energy, money, time, and their good health. It also makes clear who is family, and therefore eligible to inherit when the time comes.

Forging an exclusive bond means trusting someone to stand by you through the bad times as well as the good. An open relationship is by its very nature about sexual highs – not the long term investment that sees you supporting one another in illness, redundancy and old age. The minute that mutually supportive two-some becomes a fun-seeking three-some, the trust frays: there is always one who feels left out, and turns resentful and ultimately destructive.

I feel sorry for Mady and Nathan, the Welsh couple we encounter in the first episode, and Jon and Danielle from Bolton, whose turn comes later in the series: they lust for a so-called open relationship, thinking this will add spice to life. The truth is they will quickly discover they are paying the price in terms of physical and mental exhaustion, sexually transmitted diseases and jeopardising their claim (and their children’s) on their partner(s) fortune.

The sad truth behind “the Great Sex Experiment” is that anyone who signs up for it is tired of what they have. Dr Lori Beth may be the best sex therapist on the planet, but even she cannot fix it for them.