The US Census Bureau on Monday unveiled long-awaited state-level population counts and apportionment numbers that determine how many congressional districts each state will gain and lose following the 2020 census.

But the COVID-19 pandemic’s deleterious impact on the census is continuing to bleed over into 2021, and may hurt Democrats’ chances of holding onto their slim House majority.

The tumultuous run-up to the 2020 election sent states scrambling to adjust their candidate filing deadlines, delay primaries, and pass last-minute legislation to adjust their election policies to the pandemic.

The 2022 midterms are shaping up to hold more of the same chaos, not directly because of COVID-19, but due to delays in the release of US Census data needed to draw new congressional and legislative districts.

The delays could be particularly problematic for Democrats, who hold a narrow majority in the US House and are already facing an uphill battle with Republicans holding the advantage in the redistricting process and the historic precedent of the president’s political party losing seats in midterm elections, as Republicans did in 2018.

After the pandemic caused the Census Bureau to extend its timeline to conduct the count and restructure its procedures, extreme weather events like wildfires on the West Coast and hurricanes on the East, and months of civil unrest compounded the difficulties in completing on-the-ground census fieldwork in a timely manner, Census official Kathleen Styles explained in late January.

Under federal law, the Census Bureau is required to report two sets of data for reapportionment: the topline state apportionment numbers, which determine how many congressional seats each state is entitled to, by December 31, and the critical file of redistricting data, known as the PL 94-171 that tells states who lives where, by March 30.

While the Census Bureau released the topline apportionment numbers on April 26, the release of the granular redistricting data will be delayed until late summer. Census officials said Monday that they’re aiming to get every state that dataset by August 16 and definitely no later than September 30.

“It’s tough,” Ben Williams, a policy specialist for elections and redistricting at the National Conference of State Legislatures, told Insider of the delays in February. “The honest answer is that states are still trying to figure this out.” 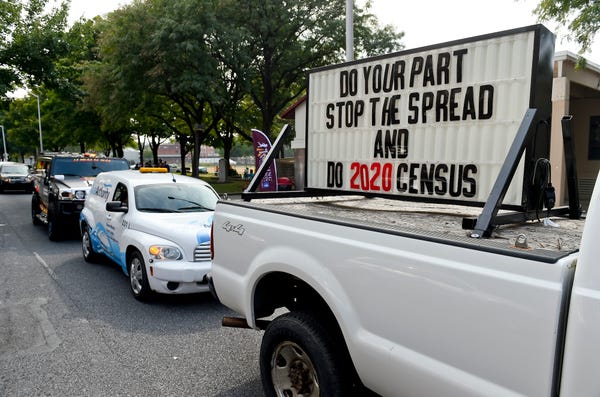 Why accurate Census and redistricting data are important

Article 1, Section 2 of the Constitution requires the federal government to conduct a decennial count of the US population, essentially determining an estimate of how many people live in the US and, importantly, who lives where.

In addition to determining how many congressional seats each state is entitled to every 10 years, Census data is also used to allocate federal government resources and grants and is the basis for important government and academic research.

Federal law mandates 435 House seats representing just above 760,000 people each, meaning that states are subject to gain and lose congressional seats based on fluctuations in their population.

And even states that don’t gain or lose seats still need to redraw district boundaries to account for population shifts within states, necessitating more detailed data that shows where people live down to the county, city, and finally, the smallest units of Census blocks, which are the size of individual neighborhoods.

“The Constitution requires districts to be drawn with exact numerical equality under the doctrine of ‘one person, one vote,’ and obviously it’s hard to get to numerical equality if you’re moving a large area in a city or county,” Williams said. “You need some more granularity to comply with that constitutional mandate.”

All the complications in completing the count produced more errors and anomalies that the Census Bureau now has to resolve on the back-end of the process in order to provide accurate data, another factor contributing to the delays.

Census forms asked Americans where they lived as of April 1, 2020, a time where many were temporarily or permanently relocating to other states due to colleges and workplaces going remote and loss of work opportunities.

Some university administrators, for example, told the Census Bureau how many students were living on campus in early March, only for students to be sent home midway through the month and potentially be double-counted when their parents marked them as living at home on their Census forms.

“Even though imputation is always a part of what the Census Bureau does,” Williams said, “the secondary impact of these public health delays themselves introduce additional errors that take longer to reconcile.” 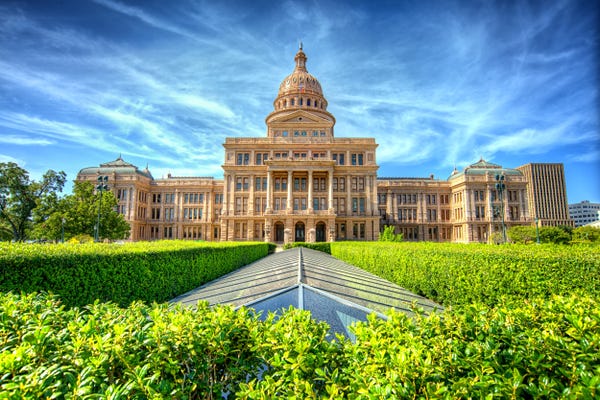 States in the South and West will gain seats while many of those in the Upper Midwest and the Rust Belt will lose at least one seat, according to the population and apportionment figures released by the Census Bureau on Monday.

The census’ 2020 population estimates found that western states including Idaho, Nevada, and Arizona saw the most substantial population increases between July 2019 and July 2020 while New York, West Virginia, and Illinois lost the greatest proportion of their residents in that same time frame. 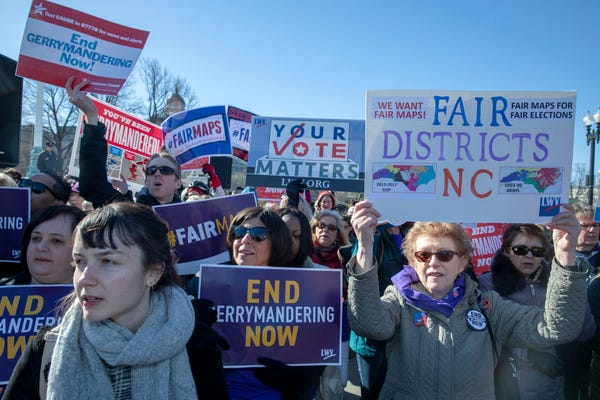 In many states, partisan state legislatures have total control over the entire process or final say over maps drawn by advisory commissions, raising the stakes for state legislative elections every 10 years.

Democrats faced a redistricting bloodbath after 2010, as the GOP won back 675 total state legislature seats and flipped control of 15 state houses and six state Senate chambers to control both chambers of 25 state legislatures in total.

But Democrats are far less mismatched in legal and political firepower this time around, partly thanks to several states delegating all or part of their redistricting process to independent commissions in the past decade, and courts imposing partisan fairness standards through litigation over partisan gerrymandering in states like Florida, North Carolina, and Pennsylvania.

According to analyses by the Cook Political Report and the Brennan Center for Justice, Republicans have the final say over the redrawing of over 188 House seats this time, down from 219 in 2011, compared to 73 where Democrats have the last word, up from 44 in 2011. The number of seats that will be redistricted entirely by commissions has also increased from 88 in 2011 to 122 in 2021. 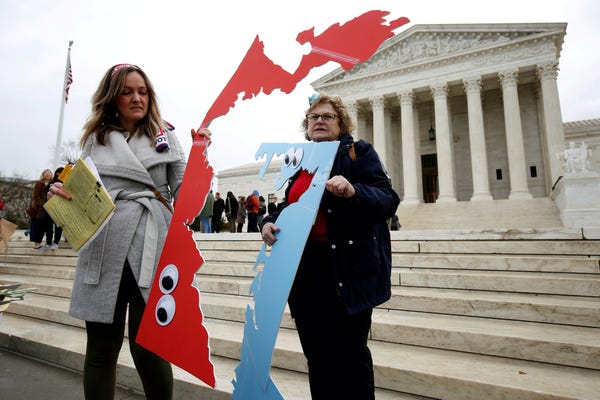 The implications of delayed redistricting

The hold-ups in the start of the redistricting process are now throwing a wrench into the 2022 campaign cycle, with parties and big campaign committees limited in their ability to recruit candidates and plan campaign strategies for districts that don’t yet exist.

In previous cycles that ran on schedule, states had more than enough time to draw new maps to fully comply in time for statutory deadlines.

In post-2010 Census redistricting, for example, the Bureau delivered the detailed redistricting data file to states in January 2011. By September 30 of that year, 24 states had completed their congressional redistricting, according to Ballotpedia, with Arkansas, Louisiana, and Iowa implementing their new congressional maps before May 1.

That’ll be virtually out of the question this year.

“This is a situation where there are really no good options,” Williams said.

States with constitutional deadlines for redistricting, or which default redistricting to the courts if the legislature doesn’t complete the process by a certain date, may need to seek more time from the courts or make legislative changes to establish backup methods.

Already, the California state legislature secured a four-month extension to complete its redistricting from the State Supreme Court. And New Jersey voters passed a constitutional amendment in 2020 that will delay redistricting for two years if the state doesn’t receive Census numbers by February 15.

Statutory filing deadlines and primary dates present another hurdle. Many states will need to push back deadlines for candidates to file campaign paperwork or even delay primaries to allow enough time to redraw new maps for the 2022 midterms.

Williams told Insider that another potentially more controversial path that states may take to meet their deadlines is to redistrict based on the “best available information” they have with a “next-best” dataset. Then, when they receive the detailed redistricting Census data in the summer or fall, they could go back to reconcile any errors and redraw district lines as necessary to meet the one person, one vote standard.

And just as the 2020 election saw a record amount of litigation over election rules, the upcoming redistricting cycle will likely be no different, even though the US Supreme Court ruled in 2019 that the issue of partisan gerrymandering is a political question outside the jurisdiction of the federal courts.

“I don’t think anyone likes being sued, but if you look at the data, there are very few states that don’t get sued at all,” Williams said. “As an outside observer, when I look at it, I just see court cases everywhere.”