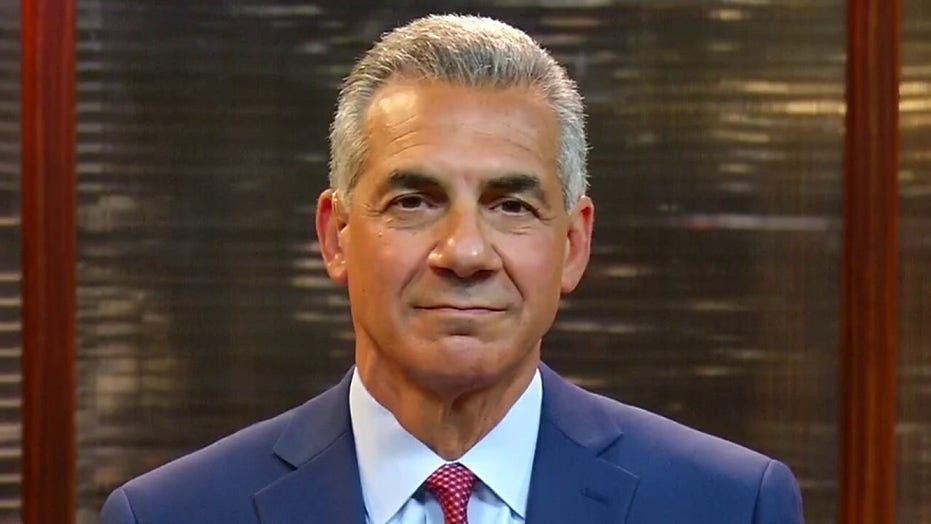 New Jersey may be a blue state where Democrats greatly outnumber Republicans, but GOP nominee for governor Jack Ciattarelli argues that “when it comes to gubernatorial elections, we’re a purple state with a tint of red.”

In exclusive interviews this weekend on Fox News Channel and with Fox News Digital, Ciattarelli pointed to recent Garden State political history, emphasizing that “Republicans have won six out of the last 10 gubernatorial elections in this state. In fact, in four-plus decades no incumbent Democratic governor has been reelected. Not Jim Florio, not Jim McGreevey, not Jon Corzine.”

“Yes, there are more Democrats than Republicans, but that doesn’t mean that they’re stupid,” the former GOP Assembly member added.

After easily capturing the GOP gubernatorial nomination last week, Ciattarelli quickly criticized Gov. Phil Murphy and vowed that the Democratic incumbent who’s running for reelection “will be one and done in 21.”

But that won’t be an easy task this November.

Patrick Murray, polling director of the Garden State-based Monmouth University Polling Institute, emphasized that “it’s an uphill battle for a Republican right now to knock off an incumbent governor, particularly considering the fundamental advantage Democrats currently have in New Jersey with a double-digit registration edge.”

And Murray noted that “an election with an incumbent governor is about how the governor has done for the past four years and whether they deserve to be reupped for another four. Based on where we stand right now, the governor’s job approval rating is solid – largely because of his handling of the coronavirus pandemic.”

Ciattarelli stressed that “we need to lower our property taxes, and we can do that with a new school-funding formula. And that will be the focus in my first budget.”

Ciattarell, a certified public accountant who started a medical publishing company, touted that “I know exactly what needs to be done to our tax code to make New Jersey a great place to do business.”

In 2017, Ciattarelli came in second in the GOP gubernatorial primary to then-Lt. Gov. Kim Guadagno, who lost to Murphy in the general election by double digits.

This time around, Ciattarelli captured the GOP nomination by winning nearly half the vote, with two main rivals who spotlighted their support and loyalty to former President Trump splitting most of the rest of the Republican electorate.

During the primary campaign, Ciattarelli faced criticism that he wasn’t supportive enough of the former president. Asked if he’d seek or accept Trump’s endorsement, Ciattarelli told Fox News last month that “there’s only one endorsement I seek, and that’s the endorsement of the voters of New Jersey. That’s the only one that matters. So that will continue to be my focus.”

And Murphy, who was unopposed in the Democratic primary, took aim at his GOP challenger, saying last week that “there are some that want to take us back to the way things were before — when New Jersey only worked for the wealthy and the well-connected…We cannot go back.”

Responding, Ciattarelli said the Democrats will “distort my record. They’ll attack my character.” And he argued that “Phil Murphy’s going to want to talk about Donald Trump. That’s nothing more than trying to distract voters from his failed record.”

And the New Jersey native said his campaign will “keep the focus right where it belongs.”

Part of that focus appears to be questioning Murphy’s New Jersey credentials.

“He’s not New Jersey,” Ciattarelli stressed. “And in January 2022, he’s not our governor.”

The governor, a former Wall Street executive who with his wife moved to New Jersey more than two decades ago, pushed back.

“I would just ask anybody who wonders about where somebody was born, ask them if they had any say over where they were born,” the governor said when asked about Ciattarelli’s comments last Wednesday. “And then let me say this: My wife and I came to New Jersey to raise our four kids. That was a volitional decision that we took. Probably the best decision of our lives.”

“A ‘volitional’ decision? Who says that? @PhilMurphyNJ is definitely not New Jersey,” he tweeted.

One thing’s for sure, the race will get plenty of national attention. New Jersey and Virginia are only two states to hold gubernatorial contests in the year after a presidential election.