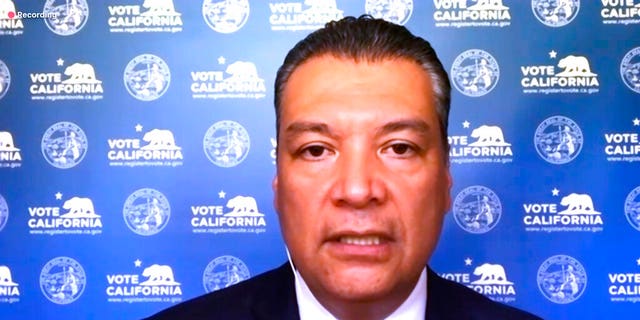 California Secretary of State Alex Padilla announces that he has issued cease-and-desist orders to the Republican Party for placing unofficial ballot collection boxes in several counties.
(State of California via AP)

A spokesman for Padilla’s office said both figures were based on 21 days before the General Election.

The high number of mail-in-ballots in California reflects nationwide trends as more Americans than ever before have turned to this option in light of the ongoing coronavirus pandemic.

Due to the coronavirus and concerns about health safety at polling places, California for the first time mailed ballots for the Nov. 3 election to all active registered voters — more than 21 million people. The ballots come with pre-paid envelopes for voters to mail back, free of charge.

Republicans refused, saying they are merely taking advantage of California's liberal ballot collection law that allows anyone to collect ballots from voters and deliver them to county election offices.