Michael Gove has said he is “confident” that progress can be made in talks with the European Union over the Northern Ireland Protocol without Article 16 needing to be triggered.

Speaking at the British-Irish Council summit in Cardiff, the Cabinet minister said “a constructive approach” is being taken by both sides in the negotiations and that he believes the mechanism to suspend elements of post-Brexit trading arrangements won’t need to be enacted.

The UK has previously warned it could unilaterally spend parts of the Northern Ireland Brexit deal unless major changes are made. 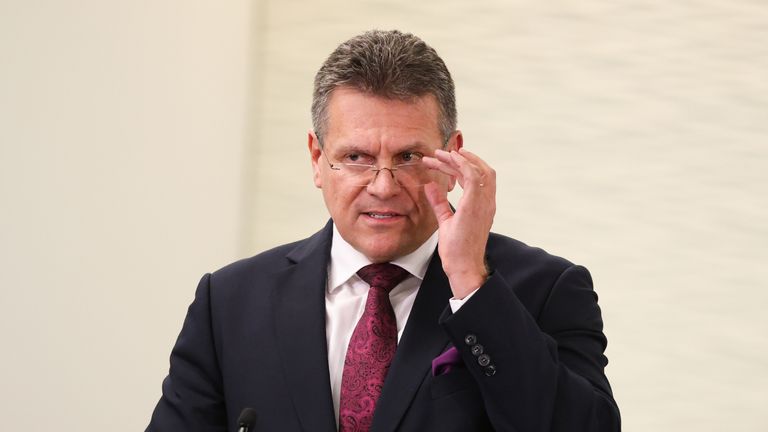 The Northern Ireland Protocol prevents a hard border with Ireland by keeping Northern Ireland in the EU’s single market, but that meant checks on products crossing the Irish Sea from Great Britain.

It states that Northern Ireland will remain part of the UK’s customs territory however, and it will have to stick to some EU rules to allow goods to move freely into the Republic and rest of the EU.

Article 16 allows either the EU or the UK to suspend parts of the Brexit withdrawal agreement if it is causing economic difficulties.

“(Brexit minister) Lord Frost has signalled that while, of course, it’s always possible that Article 16 may require to be invoked, we’re confident that we’ll be able to make progress without it,” Mr Gove said on Friday.

The Cabinet minister added that there was clear “determination” from all negotiating parties to “make progress” in discussions.

“There’s a shared recognition that we do need to alter the operation of the protocol on the ground,” Mr Gove said.

He added: “I hope that we won’t need to trigger Article 16, for reasons that will be well understood, but we reserve the right to do so if we believe that changes which are required on the ground in Northern Ireland have not been made.”

Irish Prime Minister Micheal Martin said he believes all sides share “a common desire to get these issues revolved through negotiation”.

He urged both the UK and the EU to “turn the corner” and act in the “best interests of people in Northern Ireland on the ground”.

“The last thing we need is further disruption and, rather, the focus should be on resolving this.” 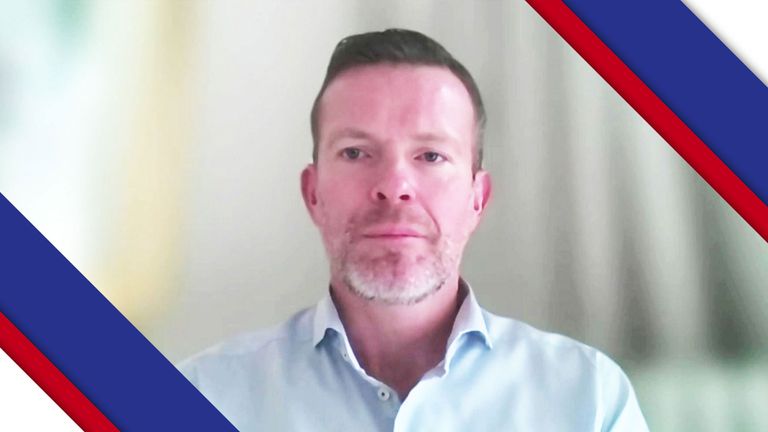 Ahead of their latest meeting, Mr Sefcovic welcomed a “change in tone” from Lord Frost’s team but warned that a post-Brexit trade deal “cannot exist” without the protocol matter being settled.

He added that he hopes the UK’s “actions will follow the words”.

“Our solutions can become reality if the UK plays its part. That is why we have engaged constructively with the UK in order to agree joint solutions,” the EU Commission vice-president said.

“But we also make clear, with the full support of the European parliament and the member states, that we will not renegotiate the protocol.

“To do so would mean to put at risk the stability in Northern Ireland and it would be unnecessary because solutions are available within the framework of the protocol.”

Mr Sefcovic also said the bloc’s offer to permanently slash customs paperwork by 50% and remove up to 80% of checks would result in a “win-win situation” for all.

Lord Frost said “intensive and constructive talks have proceeded between the UK and EU teams”, adding: “There is the potential to generate some momentum in our discussions.”

But, speaking ahead of the meeting, he played down the prospect of progress, telling reporters there are still “significant gaps” between the UK and EU’s negotiating positions and that the option of triggering Article 16 of the Northern Ireland Protocol remains.

“Our preference is to see if we can find a negotiated way through this problem. If we can’t, Article 16 remains on the table,” he said.

Lord Frost added: “I wouldn’t expect any breakthroughs today but there are some issues that we are making better progress on than others.”

After the meeting, the UK’s Brexit minister said the two parties have “not yet made substantive progress on the fundamental customs and SPS (plant, human and animal health) issues relating to goods moving from Great Britain to Northern Ireland”.

Lord Frost also confirmed that he and Mr Sefcovic will reconvene for further talks on 26 November.