Mr Johnson himself, along with his new chancellor Rishi Sunak, foreign secretary Dominic Raab and home secretary Priti Patel, all voted leave in the 2016 EU referendum. Mr Sunak was an unexpected replacement as Chancellor after Said dramatically stepped down from the role yesterday.

Mr Javid was ordered to fire his closest aides and replace them with advisers chosen by Number 10.

But the former chancellor chose to quit instead.

This was seen as a thinly veiled swipe at his successor.

And he told Mr Johnson in his resignation letter that he believed it was “important as leaders to have trusted teams that reflect the character and integrity that you would wish to be associated with”. 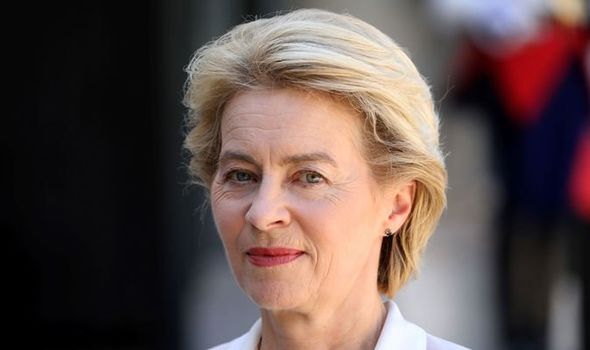 Geoffrey Cox was removed from his post as attorney general and Esther McVey lost her role as housing minister.

The total number of women attending Cabinet fell from eight to seven.

And the total number of ministers attending shrank from 32 to 26.

Political expert Tom Gallagher said Leo Varadkar had paid the ultimate price at the polls for making Brexit his main focus during his electoral campaign.

During its campaign, Mr Varadkar’s party Fine Gael highlighted their leader’s success in preventing a hard border on the island and keeping Northern Ireland free of checks after Brexit.

But the strategy fell flat amid voter dissatisfaction over an ongoing homeless crisis, a creaking health service and a huge tranche of voters aged under 35 locked out of the housing market.

Mr Gallagher wrote: “Leo Varadkar thought that bashing Britain over Brexit would be the campaign theme that would enable his Fine Gael Party to achieve second decade in power.

“But instead, at 41, he looks washed-up politically and is unlikely to be in charge if the deadlocked result on means another general election has to be held before the year is out.

“An exit found that only 1 per cent of voters identified Brexit as the most important issue for them.

“Health was the chief concern of 32 per cent, closely followed by housing and homelessness.

“The terrible twins of Fine Gael and Fianna Fail have no answers for these grave problems.

“Power to them was not about problem-solving but using control of the state to reward themselves and their backers in different ways.”

Mr Johnson has delayed a trip to the US to meet the US President. so he can stay at home to focus on delivering his domestic agenda, the Sun newspaper reported late on Thursday.

The decision to delay the trip would be a further blow to relations between the close allies who are set to begin discussing a trade deal, now that the UK has left the European Union.

The countries are divided on several issues, including Britain’s decision to allow the Chinese telecoms company Huawei a limited role in its mobile network, a proposed digital services tax, and the Iran nuclear deal.

Mr Johnson was expected to visit Washington early this year.

This has now been postponed until June when a summit of G7 leaders is due, according to the newspaper.