Critics of President Trump took aim at his former campaign manager Brad Parscale after officials said Parscale was hospitalized after threatening to harm himself on Sunday night.

"F— Brad Parscale," Democratic Florida House of Representatives candidate Bob Lynch wrote on Twitter. "The business of separating innocent refugee babies from their parents, stripping women’s rights, selling our country to the Russians, and on and on should take a toll. It sure did on those innocent families. Killing is Trump/DeSantis’ business."

"YIKES. I don't like Brad Parscale at all, but I don't wish death for him and moreover, as someone who does struggle with mental health, the way these moments are framed has an enormous impact on those of us with mental health disabilities, particularly in ableist policies," Clymer responded.

On Sunday night, author and MSNBC political analyst John Heilemann deleted a tweet that said "Somehow this feels like it was inevitable" and linked to a story about Parscale's hospitalization, according to Human Events editor Ian Miles Cheong.

Parscale was taken to a Florida hospital on Sunday by police after a brief but tense standoff in which he barricaded himself in his home with firearms and threatened to harm himself, officials said.

Fort Lauderdale police said they were dispatched to Parscale’s house after his wife, Candice, called them saying she was worried her husband was suicidal and had firearms in the home, according to police. 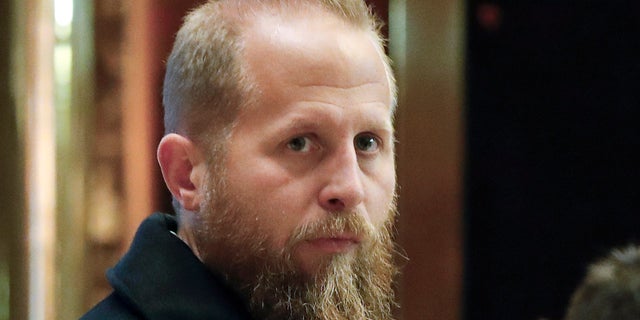 Brad Parscale, who was the Trump campaign’s digital director, was named the president’s 2020 campaign manager for his re-election bid.
(AP Photo/Carolyn Kaster)

“We went out and it was very short,” Fort Lauderdale Police Chief Karen Dietrich told the Sun-Sentinel. “We went and got him help.”

Dietrich added that Parscale did not threaten police and willingly went with law enforcement under Florida’s Baker Act – a law that allows police to detain a person who they believe is a threat to themselves or others. Parscale was taken to a local hospital.

“Politics aside, this fellow obviously suffers from emotional distress,” Fort Lauderdale Mayor Dean Trantalis told the Sun-Sentinel. "I’m glad he didn’t do any harm to himself or others. I commend our SWAT team for being able to negotiate a peaceful ending to this."

Parscale was replaced as Trump’s campaign manager in mid-July by veteran GOP operative Bill Stepien after a series of polls showed the president trailing Democratic presidential nominee Joe Biden. He is currently the senior adviser for data and digital operations.

Parscale ran Trump’s digital advertising in 2016 and was credited with helping bring about his surprise victory.