The Prime Minister was speaking about Brexit and the upcoming December general election while visiting Addenbrooke hospital in Cambridge. Mr Johnson told BBC News: “The only thing we can really do now is go to our people, go to the country and say come on let’s get this thing done. We’ve got an oven-ready deal.”

Mr Johnson continued: “Put it in the microwave as soon as we get back after the election on the 12th of December.

“Get it done and then let’s get on with our domestic agenda.

“It is fantastically exciting to be here at Addenbrooke in Cambridge looking at what we’re are doing to support the NHS.”

This follows a Survation poll for the Daily Mail that asked which leader had the best health policies. 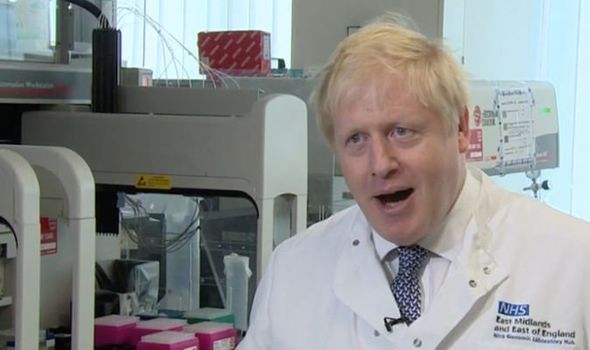 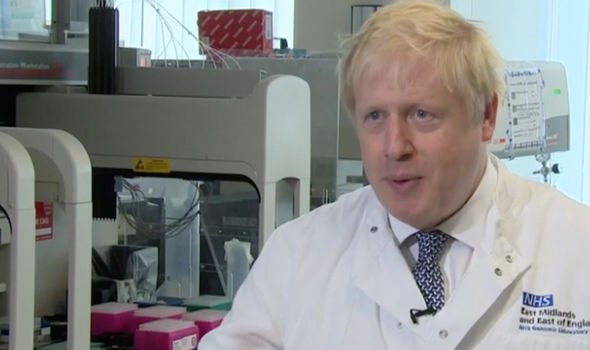 This follows the Labour leader’s warnings over the Prime Minister’s handling of the NHS.

Mr Corbyn accused the Tories of putting the health service “up for grabs” and imposing the “longest spending squeeze ever in its history”. 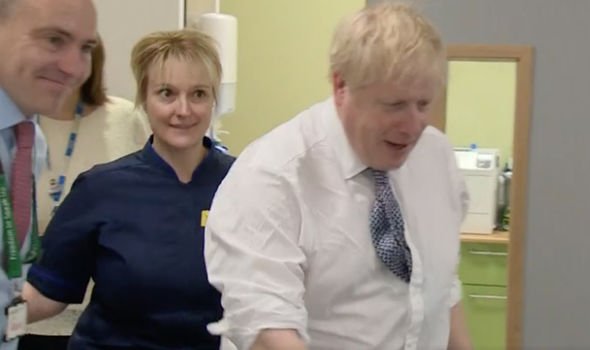 Jeremy Corbyn said: “This election is a once-in-a-generation chance to end privatisation in our NHS, give it the funding it needs.

“Our NHS is up for grabs by US corporations in a Trump trade deal.

“This Government is preparing to sell out our NHS.

“Our health service is in more danger than at any time in its glorious history.” 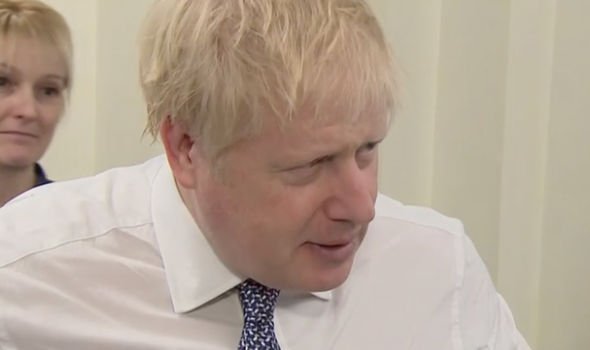 The Prime Minister hit back that Labour’s economic policies posed the biggest threat to the NHS.

He said: “He would ruin this economy and ruin our ability to fund the NHS, and that is the reality.”

It comes as the country is set to go to the polls on December 12.

Mr Johnson visited Addenbrooke hospital in Cambridge today, as well as a school and police unit, as he gears up for the pre-Christmas election.