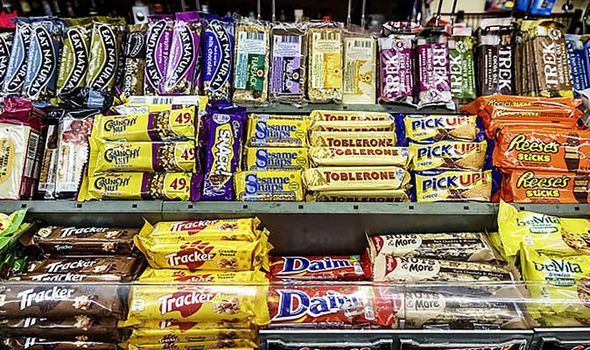 He said: “I will study the report. I think it is an independent report. There are doubtless some good ideas in it. We believe in tackling obesity, trying to help people lose weight, promoting exercise and tackling junk food advertising and so on. I am not, I must say, attracted to the idea of extra taxes on hardworking people.”

He insisted the measure would force companies to drive down the amount of sugar in food rather than increasing bills.

It would raise around £3.4billion a year and significantly push up the costs of a food bill, with estimates a family could be £240 worse off.

The report said some money raised by the tax should be used to fund more free school meals, food clubs and providing healthy food to low-income families.

It also urges the Government to run trials giving GPs the option to prescribe fruit and vegetables for patients suffering from poor diets.

And meat consumption should be cut by 30 per cent in a decade to cut emissions, it adds.

Mr Dimbleby said action is needed to break “the junk food cycle” between consumers and food companies. He said: “We have to change the way we think about our health.”

“The current way people think in this country is that what you need to do about diet-related disease is educate people, we need to exercise and we need to exert willpower.

“The corollary of that is, if you can’t get off your bum and exercise and do well then it’s your own fault. Simply none of that is true.

“What is happening is there is an interaction between the commercial incentives of companies and our appetites. We find these foods that they’re marketing delicious.

“They don’t make us as full as quickly – we eat more, they invest more.

“You’re not going to break this junk food cycle unless you tackle it directly and that is what we are recommending with the Sugar and Salt Reformulation Tax.”

The review found what people eat and how it is being produced is doing “terrible damage”.

It said diet contributes to 64,000 deaths a year in England and costs the economy £74billion.

National Farmers’ Union president Minette Batters said the report should be a wake-up call that people need to value their food, but warned that distinctions need to be made between sustainable, nutritious, grass-fed British meat and cheap imports.

She said: “This strategy says major reform is needed of the food system.

“I suggest we first look at the actions our Government is taking by agreeing to trade deals that welcome imported meat in limitless amounts.”
Source: Read Full Article