Home » Politics » Boris Johnson has won his vote but can he hold on to the Premiership? asks DAVID MADDOX

Boris Johnson has won his vote but can he hold on to the Premiership? asks DAVID MADDOX 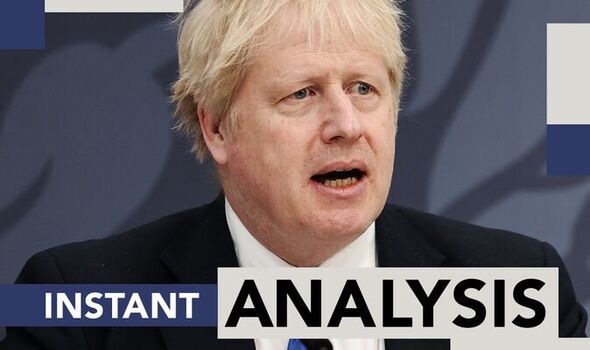 And when the number of 148 calling for him to go was declared there was a palpable feeling of shock. “He’s f***ed!” an MP told me. A fraught day for the Prime Minister began with Sir Graham Brady, the chairman of the 1922 Committee, announcing he had the 54 letters needed for a vote of confidence in the Conservative leader.

Nobody expected the Prime Minister to lose and the general consensus among MPs was he would have around 110 of them vote against him at worst.

Anything beyond that would be bad, was the general message, but it seemed unlikely. Well it was much, much worse.

As the day progressed it was clear that a lot of Tory MPs were literally in hiding, either staying away from Parliament or locked in their offices.

Anything to avoid being pressured by the party whips and ministers going around trying to save their boss.

Some even reportedly turned off their mobiles while at least two ministers discussed with friends whether they should resign.

A mixture of disgust over Partygate, sacked former ministers, Rejoiners hoping to reverse Brexit and a group on the right angry over tax rises and other “lefty policies” had formed an unholy alliance against the Prime Minister.

Things were made worse by the tactic of whips to go round and say the Prime Minister would call an early election if he did not have a significant win.

One MP noted: “Talk about pouring petrol on to the fire!”

A minister, who was on resignation watch, texted to say he was staying for now but despaired at the tactics used to save Mr Johnson.

The minister attacked the use of Jacob Rees-Mogg and culture secretary Nadine Dorries to be his main champions.

“The Prime Minister is poorly advised.”

But prominent Red Wall MPs were sticking with the man who won them their seats off Labour.

“He will win and then this nonsense will be over,” Ashfield MP Lee Anderson told me.

Others think the gloves need to come off to tackle rebels.

But the response to the result from one loyalist said it all: “Appalling.”

A bravado speech by the Prime Minister promising Conservative policy heavy leadership may have been too little too late.

The question now is whether he will be given the 12 months he has theoretically bought to prove he can be the Prime Minister many believe he is.

If ministers start resigning and those who hv leadership teams ready make a move then he really will be toast by the end of the week.