Home » Politics » Boris Johnson asked whether Angela Merkel was in the Stasi and questioned why Leo Varadkar isn't 'called Murphy like all the rest of them?'

Boris Johnson asked whether Angela Merkel was in the Stasi and questioned why Leo Varadkar isn't 'called Murphy like all the rest of them?' Boris Johnson was reportedly heard asking aides whether Angela Merkel was in East Germany’s Stasi police and questioned why the Irish Taoiseach Leo Varadkar isn’t “called Murphy like all the rest of them?”

The comments were revealed by theFinancial Times’ journalist Philip Stephens, who reports that Johnson’s previous comparisons between the European Union and Nazi Germany, destroyed trust between EU leaders and the man likely to become the United Kingdom’s prime minister next week.

Stephens writes that: “At the Foreign Office [Johnson] was heard to muse as to whether Chancellor Angela Merkel had served in East Germany’s Stasi secret police. French president Emmanuel Macron was a ‘jumped-up Napoleon.’

“As for Ireland’s prime minister, Leo Varadkar, ‘Why isn’t he called Murphy like all the rest of them’,” adding that “such jibes find a way back to foreign capitals.”

During the Brexit referendum campaign, Johnsonclaimed that the EU was trying to create a superstate, as Hitler did.

Johnson was also filmed referring to the French as “turds,” in commentswhich were removed from a BBC documentary.

The remarks are the latest in a long-line of offensive comments by the former foreign secretary.

The latest revelation come as the overwhelming favourite to replace May as prime minister, prepares to seek a renegotiation of the UK’s Brexit deal with the EU.

Johnson has insisted that the current Withdrawal Agreement is “dead” unless the controversial Northern Ireland “backstop” provision within it is removed completely.

EU negotiators have repeatedly insisted that the backstop, which ensures that no hard border will be put in place between Northern Ireland and the Republic of Ireland after Brexit, cannot be removed from the deal.

The EU’s insistence is due in part to their commitment to defending Ireland’s interests, with Varadkar insisting that any deal with the EU must include the backstop, in order to preserve the status quo on the island of Ireland. 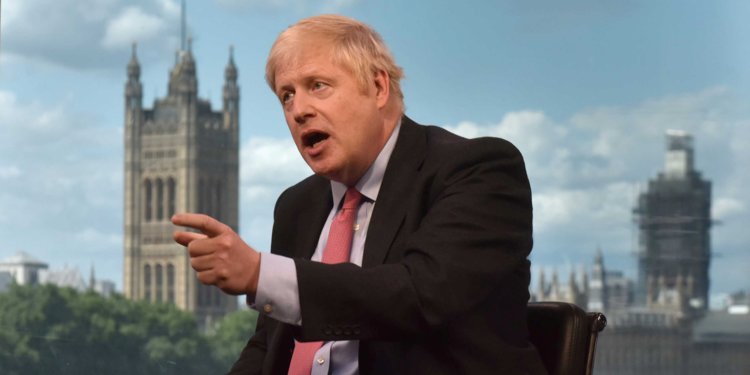 Johnsonsuffered a significant defeat on Thursday for his plans to take the UK out of the EU on October 31.

17 Conservative MPs voted against the government, with 30 more abstaining, on a vote which was designed to prevent Johnson from suspending parliament in the run-up to the UK’s scheduled exit date in order to force through no-deal.

One government minister, Margot James, resigned with several more, including the Chancellor Philip Hammond abstaining on the vote.

The ministers avoided the sack, due to May’s government only having days left to run.

In a statement, May’s spokesman said that “The Prime Minister is obviously disappointed that a number of Ministers failed to vote in this afternoon’s division.

They added: “No doubt her successor will take this into account when forming their government.”

Our Brexit Insider Facebook group is the best place for up-to-date news and analysis about Britain’s departure from the EU, direct from Business Insider’s political reporters. Join here.

27 reasons why Boris Johnson is not a feminist, defending free speech, or joking