Boris Johnson erupted at the SNP’s Peter Grant following his question regarding the planned increase in nuclear warheads in Scotland. The Prime Minister told the House of Commons that the SNP MP was using the question as a thinly-veiled case for Scottish independence.

Mr Grant asked: “What is it that gives any British Prime Minister the moral and democratic right to impose the obscenity of any even bigger arsenal of weapons of mass murder on the people of Scotland against their expressed will?”

Mr Johnson replied: “That was a veiled attempt again by the SNP to ask for another referendum which is their habitual refrain.

“That is all they seem able to talk about, democratic wrangling about democracy and their desire to be separated and to break up the country.

“I do not think that is the right way forward, I think we need stronger defences, that is what the people in this country voted for and that is what we are going to deliver.” 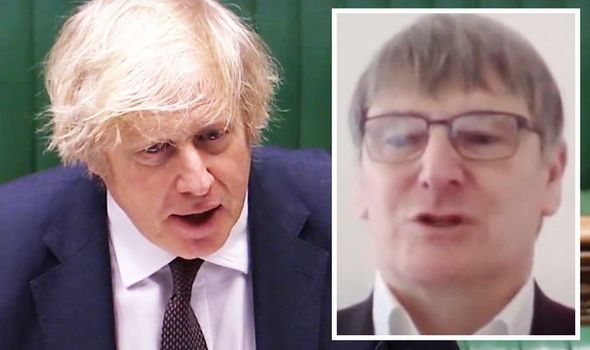