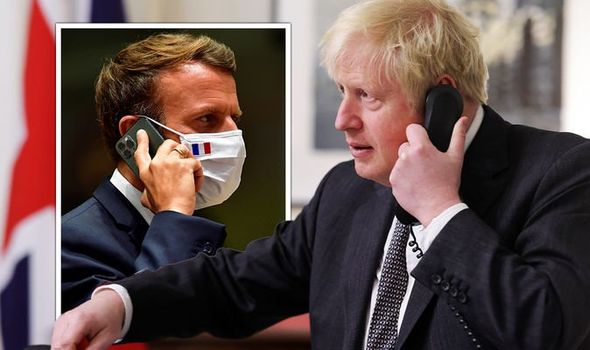 The pact included terms on the UK and US working together to build Australia’s first nuclear submarines.

It terminated a deal struck between Paris and Canberra to provide diesel-driven submarines.

France accused the three countries of being “stabbed in the back” with the secret agreement, which it was not aware of until hours before it was announced.

This morning Mr Johnson spoke to the French President in an attempt to ease tensions.

A Downing Street spokesperson said: “The Prime Minister spoke to French President Emmanuel Macron this morning, to discuss a range of issues of mutual interest.

“They reaffirmed the importance of the UK-France relationship and agreed to continue working closely together around the world on our shared agenda, through NATO and bilaterally.

“The leaders noted in particular the strategic significance of our long-standing cooperation in the Indo-Pacific and in Africa, including through the joint mission in Mali.”

The call is the first time the two leaders have spoken to each other since the defence deal, known as Aukus, was announced.