Home » Politics » Blinken will not meet with Lavrov amid Russian invasion of Ukraine: 'It does not make sense'

Blinken will not meet with Lavrov amid Russian invasion of Ukraine: 'It does not make sense' 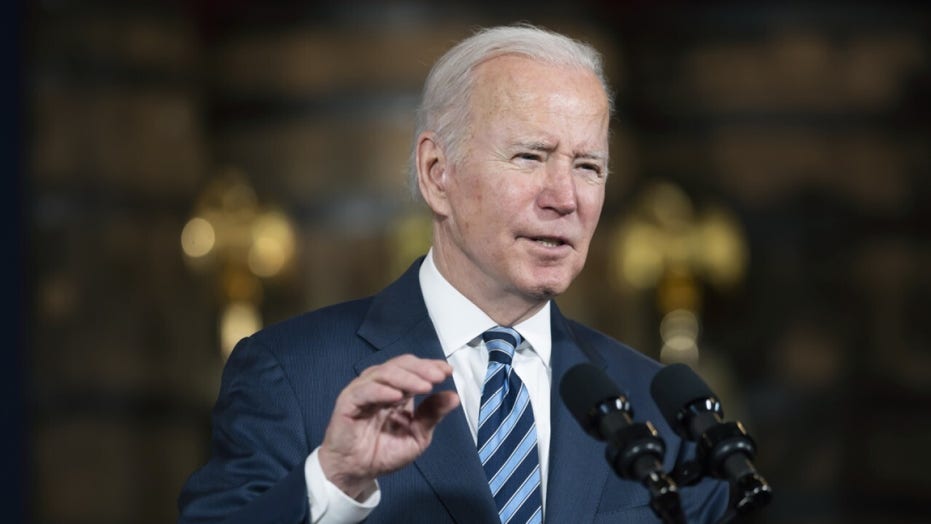 Secretary of State Antony Blinken announced Tuesday that he will not meet with Russian Minister of Foreign Affairs Sergei Lavrov this week after Moscow violated international law and pushed troops across Ukrainian borders.

“It does not make sense to go forward with our meeting at this time,” Blinken told reporters, noting he had agreed to discuss European security concerns so long as Russia did not invade Ukraine.

The secretary said the Kremlin has rejected all calls for diplomacy and warned that the U.S. “will continue to escalate our sanctions if the Russia continues to escalate its aggression.” 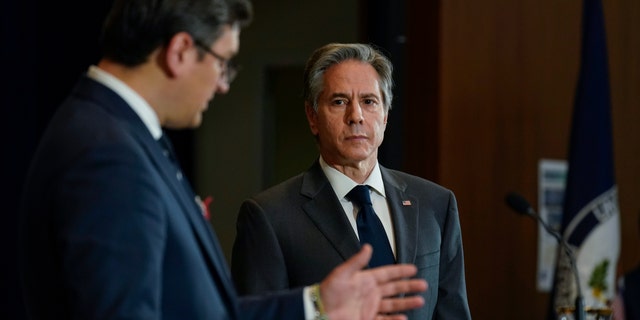 Russian President Vladimir Putin announced his decision Monday to recognize the independence of two Russian-backed breakaway regions in eastern Ukraine, before then ordering “peacekeeping” troops into the Donbas region.

In response to the order the U.S. slapped the Kremlin with previously promised sanctions on two large Russian financial institutions VEB bank and Promsvyazbank – both of which have ties to the Kremlin and Russia’s military.

“Collectively they hold more than $80 billion in assets,” Blinken said. “These measures freeze their assets in the United States, prohibit American individuals or businesses from doing any transactions with them, shut them out of the global financial system and foreclose access to the U.S. dollar.”

Russian elites and their families members were also targeted in the U.S. sanctions.

Blinken said Tuesday’s actions exceeded any sanctions enacted during the 2014 invasion of Crimea, and warned that Putin can expect more if he asserts any more aggressive behavior in Ukraine. 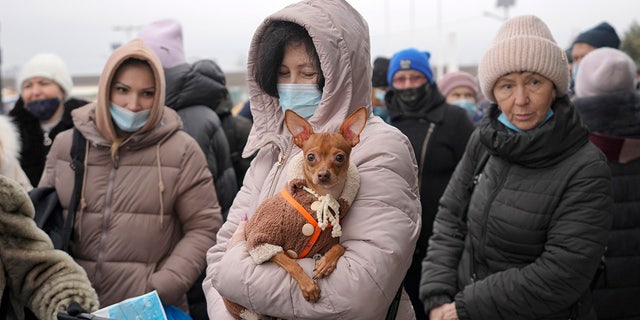 A woman holds her dog as she waits with others to cross from Ukrainian government controlled areas to pro-Russian separatists’ controlled territory in Stanytsia Luhanska, the only crossing point open daily, in the Luhansk region, eastern Ukraine, Tuesday, Feb. 22, 2022.

NATO member nations like the U.K. instituted its own penalties on the Kremlin and Germany blocked the certification of the Nord Stream 2 pipeline.

“The world must respond with all its economic might to punish Russia for the crimes it has already committed,” Kuleba said. “Hit Russia’s economy now and hit it hard.”

The Ukrainian foreign minister said Kyiv will continue to work with the U.S., NATO and the European Union on diplomatic efforts to engage with Russia, but said Ukrainians “stand ready for any possible development.”

“Condemnations are important but its actions that really matter now,” Kuleba said. 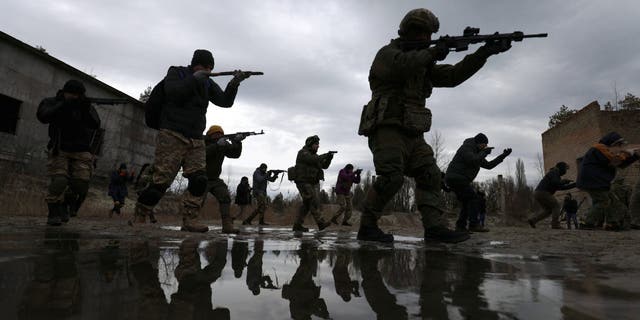 Members of Ukraine’s Territorial Defense Forces participate in a drill during training at a former asphalt factory on the outskirts of Kyiv, Ukraine, on Saturday, Feb. 19, 2022.
(Ethan Swope/Bloomberg via Getty Images)

Blinken accused Putin of shredding the Minsk agreements and carrying out a larger plan to dominate Ukraine’s sovereignty.

“His plan all along has been to invade Ukraine. To control Ukraine and its people. To destroy Ukraine’s democracy,” Blinken said. “To reclaim Ukraine as a part of Russia.

“This is the greatest threat to security in Europe since World War II.”