“After four years of blatant misogyny, civil unrest and failed leadership from President Trump, The Lincoln Project continues our crusade to abolish his chances of reelection by announcing the first wave of fierce women to lead our Lincoln Women coalition,” said a statement Monday from the organization co-founded by George Conway, husband of outgoing White House counselor Kellyanne Conway.

Duford told Forbes that she doesn’t know how anyone can reconcile the stark contrast of the lessons of Jesus with what the world has witnessed in the White House during the last four years. She said she wants to reach out to women who feel uncomfortable voting Democratic for the first time in their lives.

“I’m speaking to the woman who feels that tug in their spirit,” she said. “It’s okay to follow your conscience. And it’s okay to use your voice at the polls this November.” 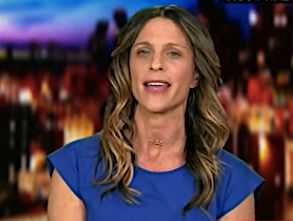 Duford, a leading religious voice in the new coalition, is also the niece of conservative evangelical leader and Trump supporter Franklin Graham, who’s scheduled to speak at the Republican National Convention on Thursday.

“I have not spoken to my uncle, but his voice was a large reason for my speaking out,” Duford told Newsweek.

“The world is watching. When church leaders hold Trump up as a representative of our faith, the damage to the Gospel is immense,” she added. “The world sees the hypocrisy, and the result is [they want] nothing to do with it.

Jennifer Horn, co-founder of The Lincoln Project and a member of the coalition, said in a statement that women will decide the outcome of this election.

“The future of our families, our communities and our country lie in our hands,” she said.

“The past four years have been exhausting for women,” Del Percio said. “We are fearful for the health and safety of our families, we are tired of constant lies and bullying from the Oval Office.”

The coalition is a rebuttal of Trump’s politics and his recent repeated appeals to what he calls suburban housewives. He claims Democrats are out to destroy the suburbs with “low-income housing.”