Biden's Senate records held by his alma mater won't be released until late 2019, possibly even later 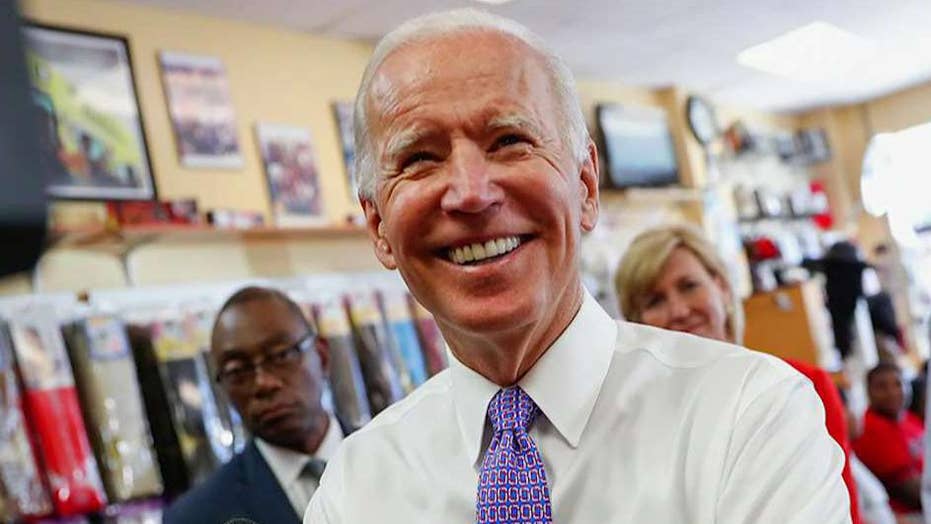 The public is being denied access to about 2,000 boxes of records from Joe Biden’s Senate career — information that spans more than three decades.

The University of Delaware, where the Biden archive is stored, says the records might not be available until late 2019, possibly even later.

The news comes as the former vice president is set to announce his candidacy for president on Thursday morning, joining a crowded Democratic primary field where he’s going to immediately stand out. The latest polls already put him on par with Sen. Bernie Sanders, I-Vt., another leading 2020 candidate.

JOE BIDEN WOULD BE 'MOST SANE' DEMOCRAT RUNNING FOR PRESIDENT, LARA TRUMP SAYS

The delay in access to Biden's records — coinciding with new scrutiny he is facing over behavior toward women — results from the conditions of his donation to the University of Delaware.

“The Biden senatorial papers are indeed still closed, pending completion of processing (still underway) and as per our agreement with the donor, which is that the papers would remain closed until the later date of 12/31/2019 or two years after the donor retires [from] public service,” L. Rebecca Johnson Melvin, head of the university library's archives department, told HuffPost.

“The Biden senatorial papers are indeed still closed, pending completion of processing (still underway) and as per our agreement with the donor, which is that the papers would remain closed until the later date of 12/31/2019 or two years after the donor retires [from] public service.”

GOP STRATEGIST COLIN REED ON BIDEN'S EXPECTED 2020 ANNOUNCEMENT: 'THE GLOVES WILL COME OFF RIGHT AWAY'

She added that it remains to be seen whether the records will be released even after the December 2019 deadline.

Biden voluntarily donated the records to his former school back in 2011, initially setting out the following condition for their release to the public: “no sooner than two years after [Biden] retires from any public office.”

But an updated agreement with the university was somewhat amended after he left office in 2017, reflecting Biden’s growing political ambitions. The records will now be sealed until at least the end of the year or even further, as the university library official confirmed.

The library is reportedly holding about 1,850 boxes of archival records and “extensive electronic records” from Biden’s time in the Senate.

Nevada Senate race between Heller, Rosen is one Democrats hope to flip: A look at the candidates