Home » Politics » Biden Wants Harris to Have a Major Role. What It Is Hasn’t Been Defined.

Biden Wants Harris to Have a Major Role. What It Is Hasn’t Been Defined.

WASHINGTON — President Biden was rattling off a list of his priorities for a coronavirus relief bill in one of his first meetings with reporters as commander in chief when he stopped midsentence to correct himself.

Those items, Mr. Biden said, are what “we think the priorities are,” putting the emphasis on the pronoun. Then, turning to face Vice President Kamala Harris, standing a few socially distanced feet behind him, he apologized.

It was a rare slip for the president, who has worked to include Ms. Harris in nearly all his public appearances, and stress that she is a full partner in the decisions he makes. Those recurring scenes are the most tangible result of Mr. Biden’s efforts — and a presidential directive — to treat Ms. Harris, the first woman and Black vice president, as an equal stakeholder as he works to knit together the nation’s political rifts, address racial inequalities and bring the coronavirus pandemic to heel.

“The president has given us clear instructions,” Ron Klain, Mr. Biden’s chief of staff, said in an interview. “Our goal is to get her out there as much as we can.”

Ms. Harris’s relationship with the president was forged by the bare-knuckle politics of the Democratic primary campaign, when she emerged as one of Mr. Biden’s most vocal opponents. A surprising chemistry with Mr. Biden made them running mates and now that relationship will be crucial in enabling Ms. Harris to define herself in what the historian Arthur Schlesinger Jr. said has proved “to be a job of spectacular and, I believe, incurable frustration.”

“She went from this failed campaign to getting the golden ticket, as the chief surrogate for a guy who appreciates the role of vice president, and is going to put her out there in this historic role,” said Gil Duran, a former aide to Ms. Harris when she served as California attorney general. “So the question is: What does she do with this reset?”

The answer is a work in progress.

The vice president has already made her presence known, most recently Friday morning, when she traveled to Capitol Hill before sunrise to cast a tiebreaking vote in the Senate, clearing the way for Mr. Biden’s $1.9 trillion coronavirus stimulus package to move forward without Republican support.

And as the barrier-breaking part of the partnership, Ms. Harris has assumed the burden of living up to the expectations of voters, especially people of color, who helped put Mr. Biden in the Oval Office. It is a burden Mr. Klain says she has borne “with grace” even as it weighs heavily on her. Others say it will take time for her to chart her own course. 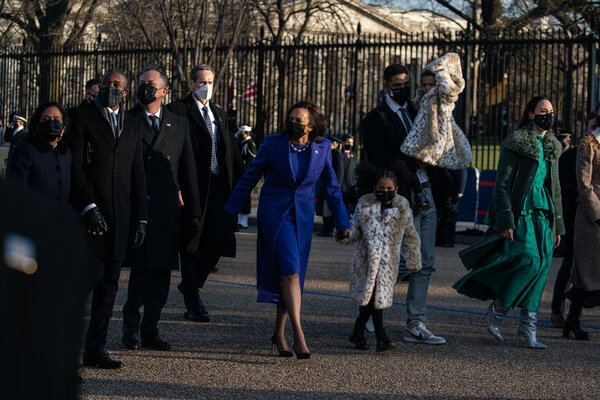 For now, the vice president’s staff advisers seem determined to cement and highlight her bond with Mr. Biden through their joint appearances, even as they seek to avoid letting Ms. Harris become a rigid, mannequinlike figure standing by the president’s side, much as Vice President Mike Pence did throughout the past four years.

For a model, Ms. Harris needs to look no further than Mr. Biden. In eight years as vice president, he carved out his own role beside President Barack Obama, but not before overcoming a relationship that was, at first, stiff and formal.

Mr. Biden and Ms. Harris are off to a faster start. They have spent far more time together than their predecessors — usually four to five hours a day in the White House, aides say — in part because the coronavirus pandemic has limited their travel.

Ms. Harris and Mr. Biden usually begin the day receiving the President’s Daily Brief together in the Oval Office, a tradition reinstated since the departure of President Donald J. Trump, who had little interest in it. They also quickly embraced the idea of a weekly lunch in the White House as a private opportunity to build trust and share thoughts.

In building her own staff, Ms. Harris selected people who she knew had good relationships with the president and his team. She chose Tina Flournoy, who has close ties to Mr. Klain, to run her office. Ashley Etienne, a former adviser to Speaker Nancy Pelosi, is her communications director.

Ms. Harris also knew that the president held Symone Sanders, who worked as press secretary to Senator Bernie Sanders’s 2016 presidential campaign before joining the Biden campaign, in high regard. Ms. Sanders is now her press secretary.

Aides to the vice president repeatedly stressed that all of her public events and messages were closely coordinated with members of Mr. Biden’s team. A visit by Ms. Harris last week to the National Institutes of Health to thank scientists and receive her second dose of the coronavirus vaccine was paired with a speech later in the day by Mr. Biden in which he announced the acquisition of 200 million additional doses of the vaccine.

That appearance made a lasting impression in the district of Representative Joyce Beatty, Democrat of Ohio and chairwoman of the Congressional Black Caucus. In an interview, Ms. Beatty said that her phone lit up with calls from constituents who were newly curious about getting the vaccine themselves after photos of Ms. Harris receiving the shot hit the internet.

Black Americans are nearly three times more likely to die from the coronavirus than white Americans, according to data from the Centers for Disease Control and Prevention, but white Americans are more likely to receive the vaccine, in part because of systemic racism present in health care institutions. The sight of a Black woman receiving the vaccine, Ms. Beatty said, “gave people hope and gave people education.”

Those moments, in which Ms. Harris connects with people around the country, are critical to any future she might have beyond the administration. But they are also in line with the messages that Mr. Biden hopes his vice president — as a woman, a minority and a generation younger — can deliver on behalf of his agenda.

But, as Mr. Biden well knows, the more opportunities there are to carve out a separate identity as vice president, the more chances there are to make a mess. As vice president, Mr. Biden’s loquaciousness frequently caught the tightly scripted Obama White House off guard. At times, including in 2012 when he voiced support for gay marriage before Mr. Obama did, Mr. Biden would toss the script completely.

When Ms. Harris sat for an interview last week with a West Virginia television station, her support for the president’s $1.9 trillion coronavirus relief plan was interpreted as an attempt to put pressure on the state’s Democratic senator, Joe Manchin III, who took offense and expressed annoyance that he had not been given a heads-up.

And in a minor flub during the same interview Ms. Harris promoted the clearing of “abandoned land mines” in West Virginia — not “abandoned mine lands” — as a job creation effort in the state.

White House officials were quickly in touch with Mr. Manchin to do damage control, wallpapering over the flap by publicly praising Mr. Manchin’s value to the Biden-Harris agenda.

Ms. Harris has also faced questions about members of her family profiting from their relationships with her. Reports that Ms. Harris’s stepdaughter received a modeling contract a week after Inauguration Day raised eyebrows even among the president’s allies. And a business run by Ms. Harris’s niece that sells Harris-themed merchandise has been an ethical issue for Mr. Biden’s aides since the campaign. The White House has said that her name will not be used for commercial activities that would “imply an endorsement or support,” according to a spokeswoman.

That has not diminished the president’s view of Ms Harris. White House officials said Mr. Biden was eager to put her to work, much the way Mr. Obama put him in charge of the economic recovery program in early 2009. But the fact that the president does not intend to assign her a specific portfolio immediately inevitably elicited some questions about her role in the administration.

Mr. Biden has instead handed Ms. Harris a flurry of high-profile tasks in their first two weeks in office. Just hours after the president announced on Inauguration Day that the United States planned to rejoin the World Health Organization, the vice president was on the phone with Dr. Tedros Adhanom Ghebreyesus, the director general of the group, reaffirming the new administration’s support after Mr. Trump’s sustained attacks on the premier global health institution.

The call sent an early message that she speaks for Mr. Biden on some of his most critical priorities, but Ms. Harris has not been shy about pressing Mr. Biden on her own. In the past weeks, aides to the president and vice president said she had repeatedly pushed for more focus on how the administration’s policies would affect less advantaged people in urban and rural communities that are often overlooked.

During an Oval Office meeting with Mr. Biden and his advisers on their first Monday in the White House, Ms. Harris pressed Jeffrey D. Zients, the coronavirus response coordinator, to provide more detail about the use of mobile vaccination centers to ensure that poor people living in remote areas would be able to be protected against the virus.

“The vice president pushed us hard, in a very good way, on are there enough mobile units available? As we wrapped up that meeting, she pushed me on, ‘Where we are on mobile vaccination units? How many are we going to have, in what period of time? Are they going to be able to reach rural communities and urban communities? How much progress have you made?’” Mr. Zients said.

That kind of persistence has left a deep impression on Mr. Biden, his aides say.

It was just hours after Ms. Harris peppered Mr. Zients with questions that the president caught himself taking sole credit for his coronavirus relief plan on the stage with Ms. Harris. Mr. Klain, who has served two vice presidents as chief of staff, said the instance was more evidence that Mr. Biden had an instinctual understanding of how those moments might feel.

“She starts with a president who has been there and understand what it feels like to be the person standing behind two steps back at a public event,” Mr. Klain said. “I think he has this empathy for her situation that is unique.” 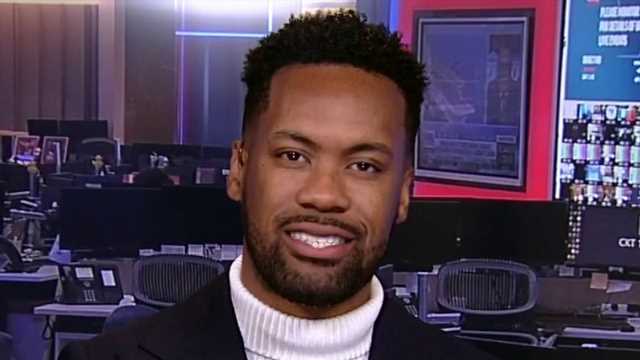 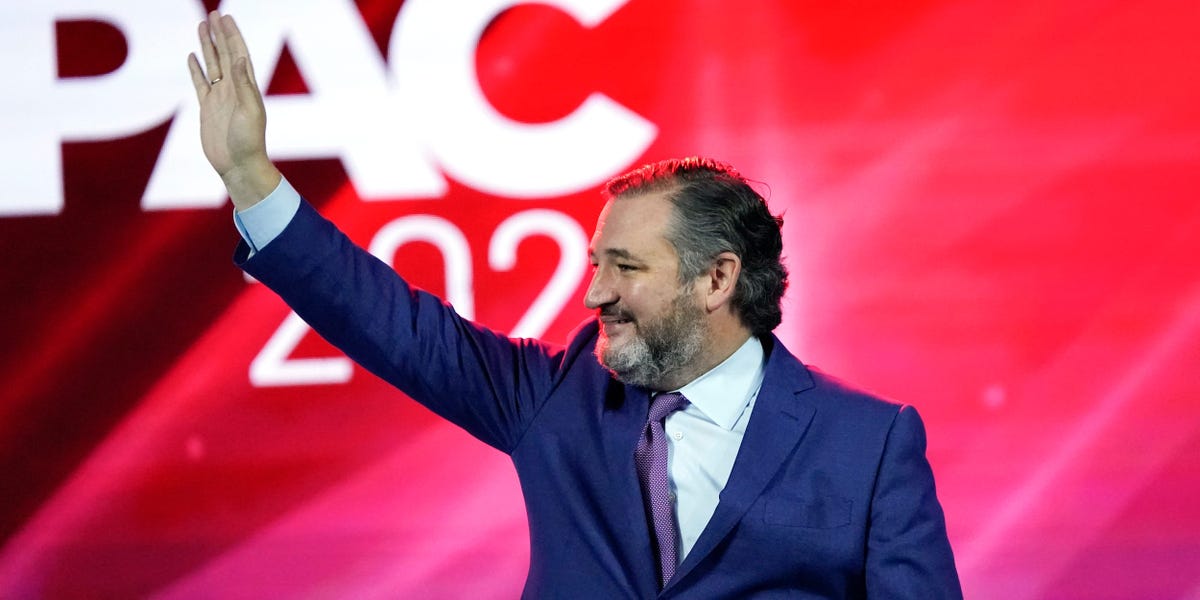 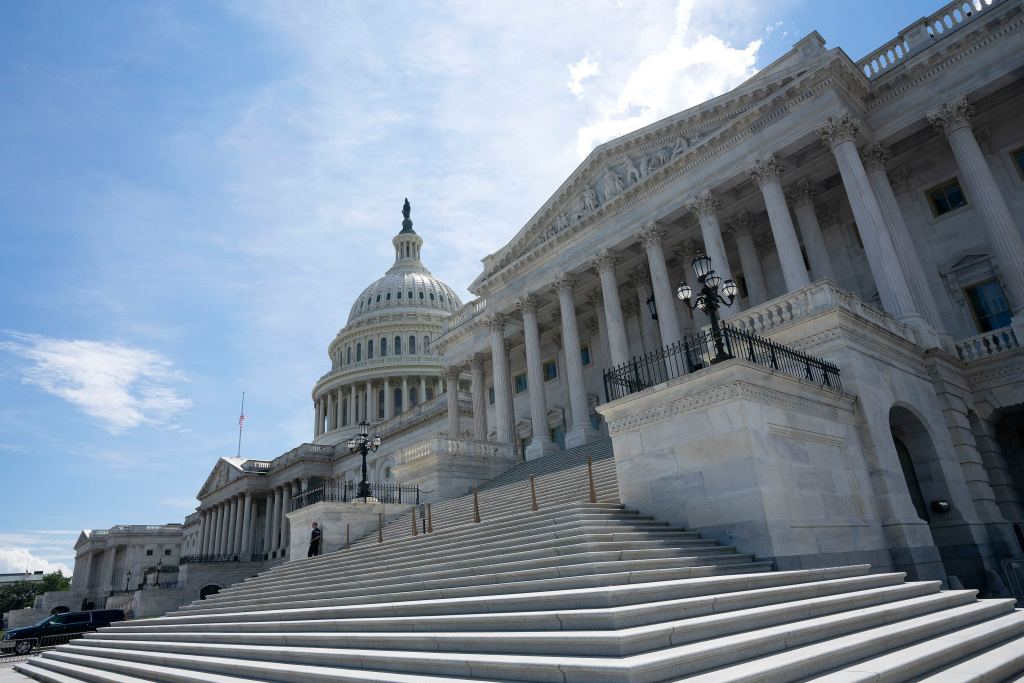