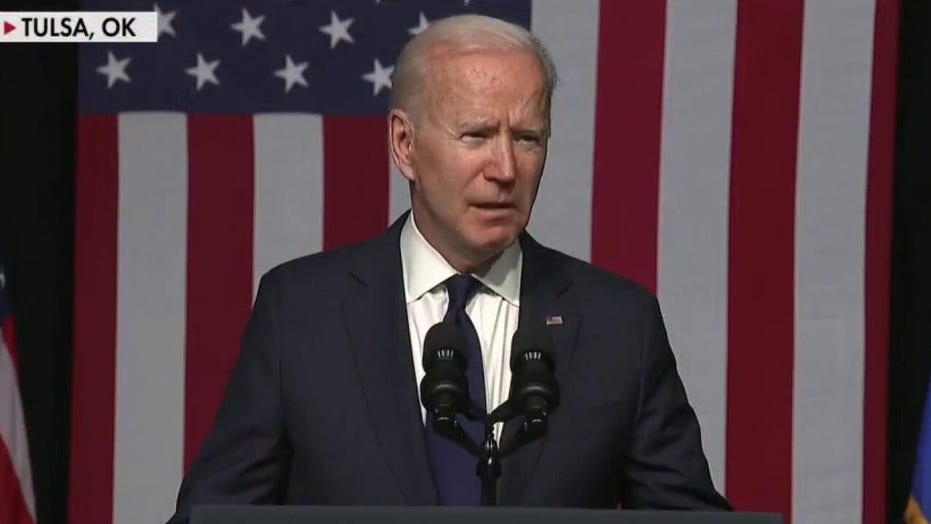 The President unveils plan to combat racial injustice; ‘The Five’ weighs in

President Biden appointed Vice President Kamala Harris to lead the White House effort to bolster voting rights, adding to a growing list of responsibilities she’s in charge of, including addressing the “root causes” of migration in Central America and expanding access to broadband.

In her role leading the address of the root causes of migration, Harris has planned trips to Guatemala and Mexico, but has no plans to visit the U.S.-Mexico border. Her team has repeatedly tried to put distance between the vice president and the issues on the ground at the border.

Harris and the Biden administration have pointed to “root causes” such as violence, poverty and climate in Central America for unusually high migration numbers, while Republicans have pointed to a rollback of Trump-era immigration policies.

Speaking in Tulsa, Oklahoma on the 100th anniversary of the Tulsa race massacre, where 300 Black people were killed when a white mob attacked the Greenwood district, known as “Black Wall Street” for its thriving businesses, Biden urged voting groups to “redouble their efforts” to register and educate voters. He declared June a “month of action” for Congress to take up voting rights legislation.

The president called voting a “sacred right under assault with incredible intensity like I’ve never seen,” as a number of GOP-led states have enacted voting restrictions since the 2020 election.

Harris put out a statement following the announcement saying that voting rights were “under assault” in the U.S. as more than 300 election security bills across the nation had been introduced since the 2020 election. She, like Biden, called on Congress to pass the For the People Act and the John Lewis Voting Rights Advancement Act.

“In the days and weeks ahead, I will engage the American people, and I will work with voting rights organizations, community organizations, and the private sector to help strengthen and uplift efforts on voting rights nationwide. And we will also work with members of Congress to help advance these bills,” the vice president said.

On Sunday evening, Texas Democrats walked out of the state House chamber to temporarily deny Republicans the quorum needed to hold a final vote on a controversial bill that would tighten voting laws in the state. Voting restrictions have already become law in the months since the election in Georgia, Florida and Iowa, drawing the ire of Democrats, who broadly say the legislation targets voters of color, and prompting condemnation from some major corporations.