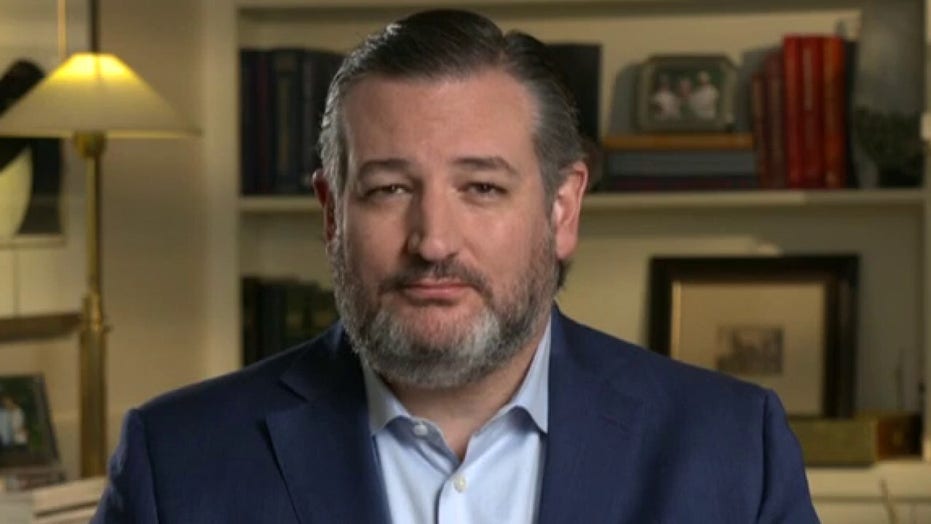 Sen.Ted Cruz, R-Texas, joins ‘Sunday Morning Futures’ to discuss his visit to the border as the migrant surge continues.

Sen. Ted Cruz showed exclusive video of a woman he identified as a Biden administration staffer blocking him from recording at a migrant facility on “Sunday Morning Futures.”

Cruz and Sen. John Cornyn, both Texas Republicans, led a delegation of senators to Donna, Texas, where migrants have been packed into facilities designed for a much smaller number of people. The senators were touring a migrant holding facility in the city.

“So you work for the commissioner, you’re a senior adviser, you were hired two weeks ago and you’re instructed to ask us to not have any pictures taken here because the political leadership at DHS does not want the American people to know it,” Cruz said. 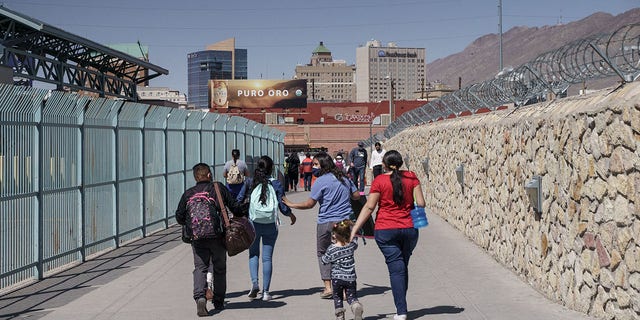 Migrants who had been in Mexico under the Migrant Protection Protocols, or the "Remain in Mexico" program, enter the United States at the Paso del Norte Bridge in El Paso, Texas on March 10, 2021. (Photo by Paul Ratje / AFP) (Photo by PAUL RATJE/AFP via Getty Images)

“Please don’t treat the people as such,” the staffer responded.

“Your policies are unfortunately trying to hide them. I understand that you were instructed,” Cruz said. “I respect them, and I want to fix this situation, and the administration that you work for is responsible for these conditions.”

Republican senators on Friday released shocking visuals of migrants and children packed into border facilities as they railed against what they called a border crisis of President Biden’s own creation. Cruz posted images of migrants crammed into pens, almost on top of one another.

“The Donna facility where that video you just showed was taken, the Donna facility is this giant tent city that they’ve built. It’s massive. It’s designed to hold a thousand people but under Covid restrictions, its capacity is 250. It right now has over 4,000 people in it. It is at a 1,500% capacity and that meant you saw in these cages children, little boys and little girls, side by side, they’re not 6-feet apart,” Cruz said on Sunday.

“In that facility, children are testing positive for Covid at roughly a 10% rate,” he said.