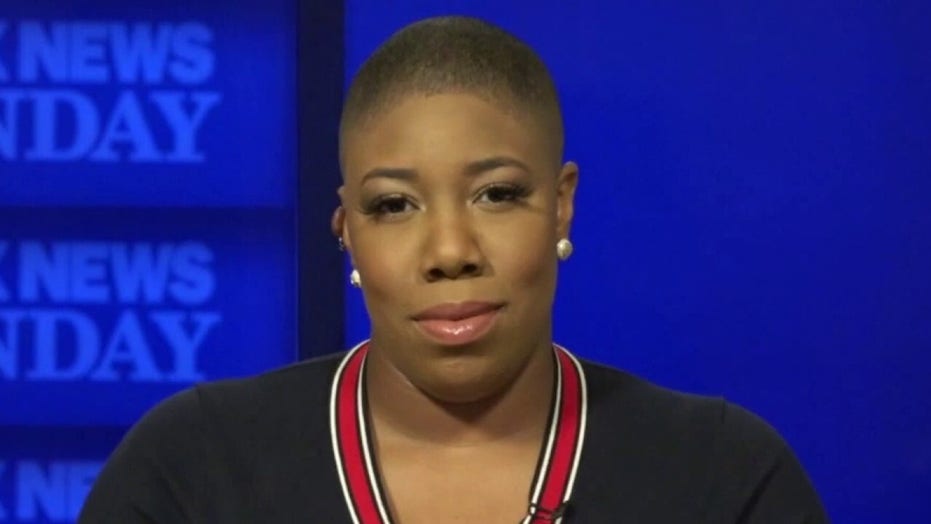 Symone Sanders on Joe Biden’s return to the campaign trail

With a recent Department of Labor report saying that the U.S. regained 1.4 million jobs in August, Biden campaign senior adviser Symone Sanders claimed that the statistics of the ongoing economic recovery do not tell the whole story.

In an interview with “Fox News Sunday,” Sanders cast doubt on whether the economy is truly getting better for much of the country, particularly middle-class and low-income families.

“Folks have to ask themselves: Is this recovery working for you?” Sanders said, citing economists who have described the recovery as “K-shaped” because “it is going well, going up for folks at the top but for folks who are middle class or below it is going down.”

The Labor Department's report noted that the unemployment rate dropped to 8.4%, from 10.2% in July.

Sanders went on to say that the recovery is not going well for working families, stating that many small businesses remain closed and those who have gone back to work but whose jobs do not allow them to work remotely are at a higher risk of catching coronavirus.

Sanders then answered questions about how the Biden campaign would feel about a coronavirus vaccine if one is developed and distributed before November’s election. Biden’s running mate told CNN that she would not trust President Trump’s word on the effectiveness of a coronavirus vaccine.

Sanders did not question whether the vaccine would be effective or safe, but she did express concern over whether it would be made available to those who need it in a fair manner.

“How can Americans, and folks across the country trust the president to be able to effectively and equitably distribute a vaccine when he’s had issues getting personal protective equipment to frontline workers across this country.”

Sanders questioned whether a vaccine would be made readily available to the public in a fair manner so that people such as grocery store workers who interact with the public every day can be protected.

She also asked if minority communities will be properly served.

“We know that African-American and Latino folks in this country are disproportionately affected by COVID-19. Will those neighborhoods and communities across the country have the opportunity to receive the vaccine?”

Last week, the CDC sent a letter to governors asking them to work with a company they contracted for distribution, asking that they work to issue the necessary licenses and permits in a timely fashion so that a distribution operation can be functional as early as November 1.