Home » Politics » Biden says he's uncomfortable with how much he's waited on in the White House. Trump bragged about the opulence at a similar point in his presidency.

Biden says he's uncomfortable with how much he's waited on in the White House. Trump bragged about the opulence at a similar point in his presidency.

President Joe Biden said he’s uncomfortable with how much he is waited on by staff in the White House, while former President Donald Trump bragged about its opulence at a similar point in his presidency.

In a CNN town hall on Tuesday — Biden’s first town hall as president — Biden described how he was getting used to living and working at the White House.

When asked by CNN anchor Anderson Cooper what it was like to be at the White House as president, as opposed to vice president, Biden joked: “I get up in the morning and look at Jill and say: ‘Where the hell are we?'”

He noted that he had spent time in the Oval Office while serving as vice president, but he had never been in the residence before.

He also touched on the service he’s receiving at the White House as president, saying: “I was raised in a way that you didn’t look for anybody to wait on you.”

He continued: “I find myself extremely self-conscious” because there are so many White House staff members waiting on him, including somebody “handing me my suit coat.” 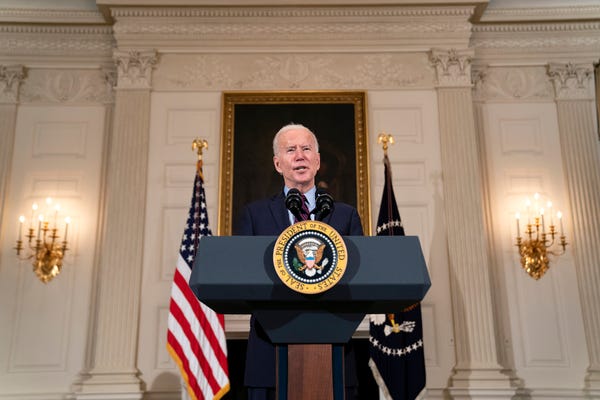 Biden’s description contrasts with how Trump described living and working at the White House on the fifth night of his presidency.

In an interview with The New York Times’ Maggie Haberman in January 2017, Trump had bragged about many of its features.

He told Haberman during their phone interview that “these are the most beautiful phones I’ve ever used in my life.”

He added that everyone who walks into the Oval Office is impressed: “I’ve had people come in, they walk in here and they just want to stare for a long period of time,” he said.

Trump, famously, also used an old call button in the Oval Office to order Diet Cokes from his staff. It’s not clear what Biden is using that button for now.

Of the White House master bedroom, Trump said: “There’s something very special when you know that Abraham Lincoln slept there.

“The Lincoln Bedroom, you know, was his office, and the suite where I’m staying is actually where he slept.” 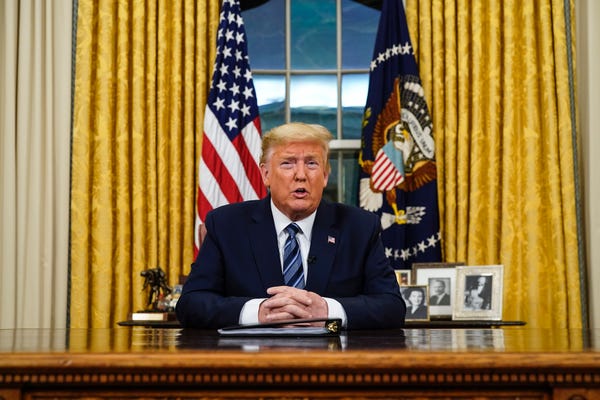 In the CNN town hall, Biden said the White House is very different from Number One Observatory Circle — the vice president’s residence where he lived during President Barack Obama’s administration — and noted the relative freedom he had there: “You can ride a bicycle around and never leave the property and work out,” he said.

In comparison, he described the White House as more restrictive, calling it a “gilded cage, in terms of being able to walk outside and do things.”

Biden also noted that “I’ve only been president for four weeks,” but said it felt like a longer time.

“And sometimes, because things are moving so fast — not because of burden — it feels like four years,” he said. “It’s not because of the burden, it’s because there’s so much happening that you’re constantly focusing on one problem or opportunity.”