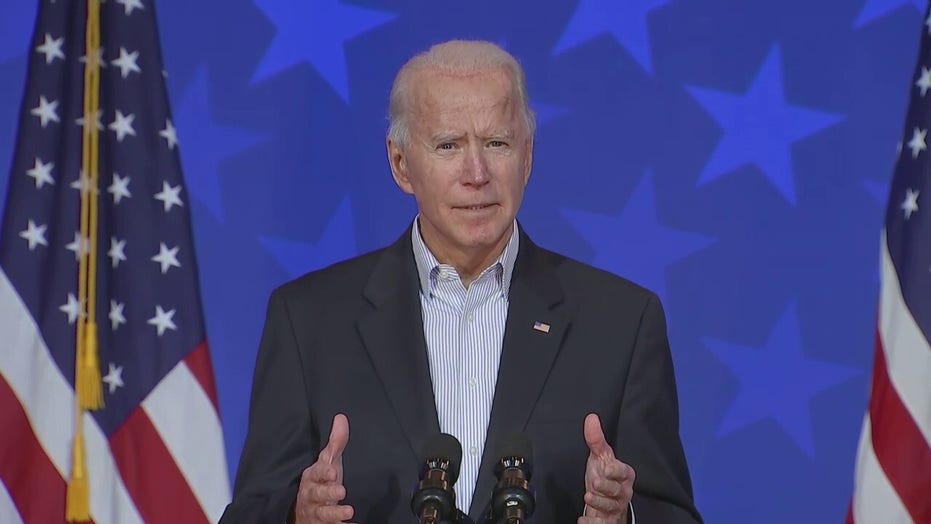 Joe Biden: The vote of the American people is sacred

Joe Biden says he has “no doubt” that once the vote count is complete, he’ll defeat President Trump to win the White House.

Speaking to reporters Thursday with his running mate Sen. Kamala Harris at his side, the Democratic presidential nominee told reporters “we continue to feel very good about where things stand. And we have no doubt that when the count is finished, Senator Harris and I will be the winners.”

Biden also emphasized that “each ballot must be counted and that’s what is going on now. And that’s how it should be. Democracy is sometimes messy, so sometimes it requires a little patience.”

And he asked “people to stay calm. The process is working. The count is being completed. And we will know soon.” 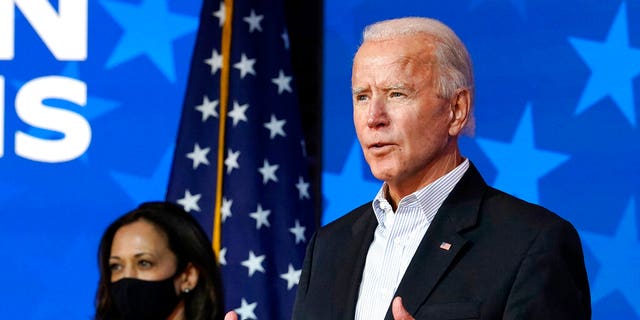 According to Fox News projections, the former vice president has won 264 electoral votes — six shy of the 270 needed to win the White House – with Trump at 214 electoral votes.

The former vice president's comments came hours after his campaign declared, “Our data shows that Joe Biden will be the next president of the United States.”

Biden campaign manager Jen O’Malley Dillon, speaking to reporters amid the ongoing counting of votes in four key battleground states that have been yet to be called for either Biden or President Trump, stressed, “Counting is going to continue to show our path to victory.”

CLICK HERE FOR THE LATEST ELECTION RESULTS FROM FOX NEWS

And she described the lawsuits filed by the president’s reelection campaign since Tuesday’s election in a handful of the key battlegrounds as “meritless and nothing more than an attempt to distract and delay what is now inevitable.”

Trump campaign manager Bill Stepien told reporters on Thursday that the president “is alive and well.”

Stepien declared once again that the president “will win Pennsylvania.” He added that “the race in Arizona is getting closer and closer” and highlighted that Trump was still leading in Georgia and North Carolina