Should Neera Tanden be in charge of Office of Management and Budget?

President-elect Joe Biden’s pick to head the Office and Management Budget, Neera Tanden, oversaw a flood of foreign money as head of one of Washington’s most prominent liberal think tanks.

Tanden, a former adviser to Hillary Clinton, has been the chief executive officer and president of the Center for American Progress since 2011. Since its founding in 2003 by President Bill Clinton’s former chief of staff, John Podesta, the organization has wielded considerable influence on the Democratic Party. 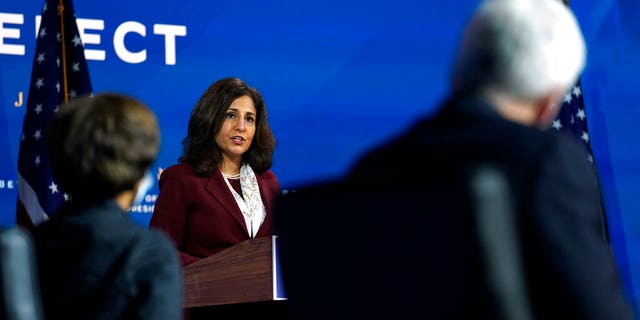 Neera Tanden, who President-elect Joe Biden nominated to serve as Director of the Office of Management and Budget, speaks at The Queen theater, Tuesday, Dec. 1, 2020, in Wilmington, Del.
(AP)

Over the years, CAP has assembled a list of heavy-hitting donors not just in the United States, but abroad as well. Among foreign donors CAP has taken money from is the United Arab Emirates – a country known for its poor human rights record.

Between 2014 and 2018, CAP received between $1.5 million and $3 million from the UAE, according to a report from Center for International Policy, a foreign policy research thank tank. But early last year, the group said it was no longer accepting UAE’s money.

“With a rising undemocratic tide around the world, and serious questions about which side of that struggled our own President stands on, it seemed clear that all Americans should take extra steps and leave no doubt where they stand,” a CAP spokesman The Guardian at the time.

He added that the funding CAP received “never impacted any CAP position or policy, but everybody here agrees it’s just the right thing to do.”

The statement came as multiple think tanks sought to distance themselves from authoritarian governments and their influence in Washington. CAP’s cutting of ties with UAE – an ally of Saudi Arabia – came in the months after the murder of Saudi writer and dissident Jamal Khashoggi.