The Biden administration built on its effort to cultivate close ties to prominent figures within the labor sector this week with President Biden’s decision to nominate Richard Trumka Jr. to a seat on the Consumer Product Safety Commission.

Trumka Jr.’s father, Richard Trumka, is the longtime president of AFL-CIO, the country’s largest labor union. AFL-CIO endorsed Biden during his 2020 presidential run, granting the president a major windfall in his effort at the time to lure support from working-class voters away from former President Donald Trump.

Trumka Jr. currently serves as general counsel and staff director of the House Committee on Oversight and Reform’s Economic and Consumer Policy Subcommittee. Prior to that role, he was an assistant attorney general in Maryland.

Republican lawmakers have been critical of Biden’s move to appoint officials with union ties to posts within his administration. 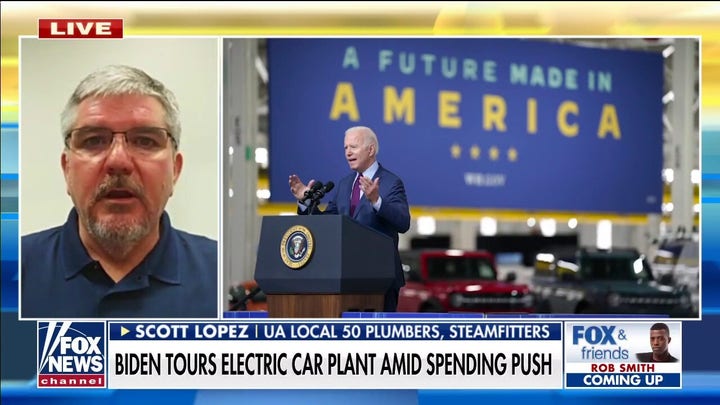 The Republican lawmakers argued that Biden’s handling of the appointments created “the classic definition of a conflict of interest.”

Biden pledged to work closely with unions throughout his presidential campaign and after winning the White House, declaring on multiple occasions that he would be the “the most pro-union president” in recent memory.

Biden has pushed for increased funding and support for teachers as part of any congressional infrastructure package. The president praised members of prominent teachers’ unions during an event in Washington last week.

“You deserve a raise, not just praise,” Biden said during the National Education Association’s annual meeting. “Every parent in this country who spent the last year educating their children at home understands that you deserve a raise.”

‘Just because you lost!’ Verhofstadt lambasted on Twitter after his latest Brexit jibe

COVID-19: Who will get a booster coronavirus vaccine first – and when?

West Auckland liquor fight: What future will you choose for region?