When the pandemic ends, thousands in home confinement will be recalled unless Congress acts or Biden issues mass commutations. 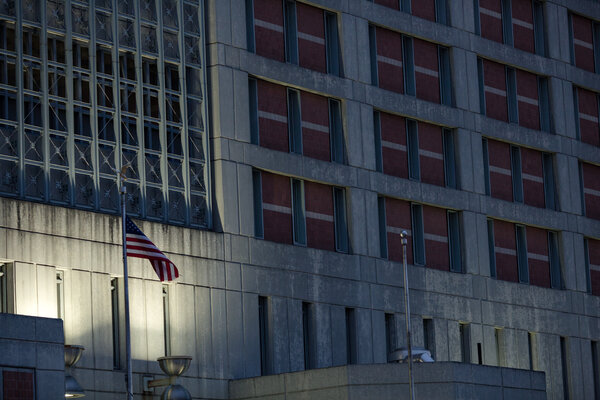 By Charlie Savage and Zolan Kanno-Youngs

WASHINGTON — The Biden administration legal team has decided that thousands of federal convicts who were released to home confinement to reduce the risk of spreading Covid-19 will be required by law to return to prison a month after the official state of emergency for the pandemic ends, officials said on Monday.

The administration has come under pressure from criminal justice reform activists and some lawmakers to revoke a Trump-era memo by the Justice Department’s Office of Legal Counsel, which said inmates whose sentences lasted beyond the “pandemic emergency period” would have to go back to prison.

But the Biden legal team has concluded that the memo correctly interpreted the law, which applies to about 4,000 nonviolent inmates, according to officials who spoke on condition of anonymity about sensitive internal deliberations. Several officials characterized the decision as an assessment of the best interpretation of the law, not a matter of policy preference.

The official state of emergency is not expected to end this year because of a rise in new infections caused by the coronavirus’s Delta variant. But the determination means that whenever it does end, the department’s hands will be tied.

That leaves two options if those prisoners are not to be sent back into cells: Either Congress could enact a law to expand the Justice Department’s authority to keep them at home beyond the emergency, or President Biden could use his clemency powers to commute their sentences to home confinement.

The Biden team is said to be wary of a blanket, mass commutation, however, both because it would represent an extraordinary intervention in the normal functioning of the judicial system and it could create political risks if any recipient who would otherwise be locked up commits a serious crime. Another option is case-by-case assessment for commutations, but the volume of work required to individually evaluate so many people is daunting.

When asked for comment, the White House responded with a general statement about the administration’s support for policies that can reduce incarceration.