EXCLUSIVE: The FBI background investigation into President Biden’s nominee to serve as the U.S. Circuit Judge for the Sixth Circuit Court of Appeals revealed he had his driver’s license suspended on three occasions due to driving-related citations, Fox News has learned.

In the letter, Mathis addressed details of the FBI’s background investigation.

As is standard procedure, the FBI leads background check investigations into judicial nominees. Reports are typically shared with the Senate Judiciary Committee, which is charged with vetting the nominee.

“I understand that the Committee is concerned about my driving record,” Mathis wrote, as he offered to “provide more information and context.” 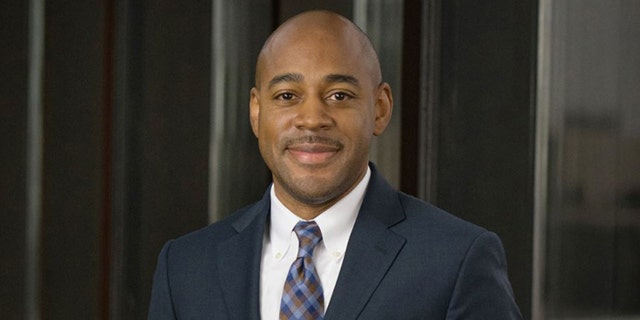 Andre B. Mathis has been nominated to the United States Court of Appeals for the Sixth Circuit. (Photo: Butler Snow Law Firm)
(Butler Snow)

“I want to first let you know that I am cognizant that driving is a privilege, not a right,” Mathis wrote. “I take that privilege seriously. Though I have exceeded the speed limit a few times in the past, I strive to maintain a clean driving record and do not believe I have incurred a driving citation since 2014.”

Mathis noted that fact was “confirmed” by his motor vehicle record, which he obtained a copy of from the Tennessee Department of Motor Vehicles earlier this month.

“I want to assure the Committee that I am a law-abiding citizen and my driving record is not a reflection of my character or my fitness to serve as a judge,” he wrote. “I do recognize that it is vitally important for lawyers–and judges–to demonstrate respect for the law in all circumstances, and my driving record for the past eight years demonstrates that.”

However, Mathis wrote to Durbin and Grassley that as part of the FBI’s investigation into his background, an inquiry was submitted to the Tennessee Department of Motor Vehicles regarding his driving record.

“Based on the information reported by the FBI, which was provided to me in connection with the Committee’s inquiry, I understand the Tennessee Department of Motor Vehicles indicates that my driver’s license has been suspended on three occasions, and I wish to address each of these,” Mathis wrote. In his letter, Mathis outlined each suspension. The first, from April 10, 2008 to May 15, 2009.

“I do not recall my license being suspended in 2008, nor do I recall a traffic violation in or around 2008 that might have given rise to a ticket and in turn a suspension for non-payment,” he wrote, adding that he has “diligently searched” his records, and “cannot find mention of a driving infraction in or around 2008.”

“What I can attest to, however, is that I never knowingly drove with a suspended license, and if my license was suspended at the time, upon receiving notification of that suspension, I would have taken prompt steps to rectify the matter,” Mathis wrote.

The next suspension Mathis detailed was from July 26, 2010 to Feb. 22, 2011. Mathis wrote that “records suggest there was a failure to answer or appear for a violation in the state of Mississippi.”

“My recollection is that I put the traffic citation in the glove compartment of my car, and then I sincerely forgot to pay the citation upon returning home to Tennessee,” he wrote, noting that when he received the notice of suspension, he “promptly contacted the Hinds County Courthouse in Mississippi to rectify the matter by paying the fine.”

The third suspension Mathis detailed was between April 5, 2010 and Feb. 22, 2011, noting that “records suggest there was a failure to answer or pay a violation in the state of Alabama.”

Mathis wrote that records of this license suspension “largely overlap with the timeframe” related to his traffic citation received in Mississippi.

“I do recall receiving a traffic citation in Alabama in 2009 or 2010 for driving over the speed limit–because I recall receiving one while I was traveling to visit my father, which required me to travel to Alabama,” he wrote, adding that he does “not have a separate recollection of how that ticket was resolved, nor do I recall receiving a notification that my license was suspended as a result.”

“I am not disputing what the record indicates about the license suspension in Alabama, but honestly do not recall receiving any notification about it–and would have taken any such notification very seriously,” he wrote. “I would like to reiterate that I have never knowingly driven while my driver’s license was suspended.”

Mathis went on to double down on his “ultimate respect for the courts and the judicial process.”

“My respect for the courts and desire to serve the public is one of the reasons that I accepted court-appointed cases in federal and state courts throughout the time that I have been practicing law,” he wrote. “Except in cases of a conflict of interest, I have never declined to accept a court-appointed case. It is also why I readily agreed to serve as a disciplinary hearing officer when asked to do so by the Tennessee Supreme Court.”

He added: “I have never failed to appear in any court on behalf of any of my clients, and I have never even been late to a court proceeding.”
Mathis said he strives “every day to model conduct and ethical standards that reflect the privileged position I hold as an officer of the court.”
“I can assure the Committee that, going forward, I will maintain a positive driving record and be a role model for my community in all respects,” Mathis wrote.

When asked about the letter to the committee and the citations, the White House defended Mathis. 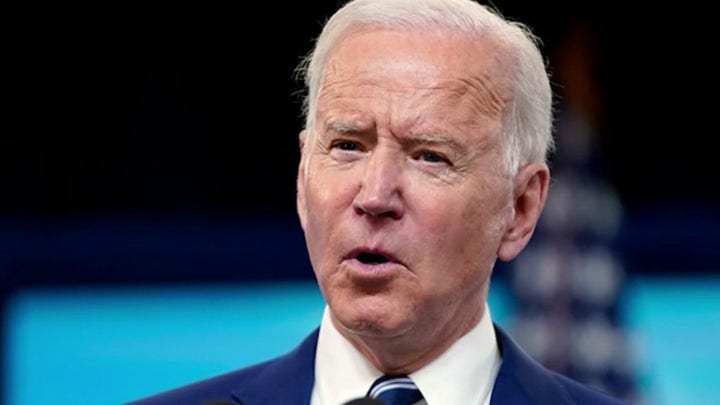 “President Biden is proud to have chosen Andre Mathis, who was just rated ‘Unanimous Well Qualified’ by the American Bar Association and whose nomination to be the first Black man to serve on the Sixth Circuit from Tennessee has been endorsed by individuals from all walks of life and across the political spectrum, including prominent business leaders, civil rights organizations, and the University of Memphis School of Law,” White House Deputy Press Secretary Andrew Bates told Fox News. “We look forward to his confirmation to the Sixth Circuit, where he will continue to make the Memphis community very proud.”

The White House sent Mathis’ nomination, along with a nominee for a separate federal court, to the Senate in November, touting the nominees as “extraordinarily qualified, experienced and devoted to the rule of law and our Constitution.”

“These choices also continue to fulfill the President’s promise to ensure that the nation’s courts reflect the diversity that is one of our greatest assets as a country — both in terms of personal and professional backgrounds,” the White House wrote.

“For example, the President’s new nominee for the U.S. Court of Appeals for the Sixth Circuit, Andre B. Mathis, would become the first Black man—and the second Black person—to sit on the Sixth Circuit from Tennessee,” the White House wrote about Mathis. “The last time that a Black man was confirmed to the Sixth Circuit was 24 years ago.”

Mathis is currently a partner in the Memphis office of the law firm Butler Snow LLP. He has practiced at the firm since 2020. Mathis was previously a member of Memphis law firm Glankler Brown, PLLC, where he began his legal career as an associate in 2007. His primary practice areas, according to the White House have included commercial and government litigation, as well as criminal defense work.

The White House said Mathis has represented “numerous indigent criminal defendents through his work as a member of the Criminal Justice Act Panel for the Western District of Tennessee and his pro bono litigation with the Tennessee Innocence Project.”

Mathis also served on the Magistrate Judge Merit Selection Panel for the United States District Court for Western District of Tennessee from 2010 to 2011 and again from 2019 to 2020.  Mathis was on the Board of Directors for Porter Goodwill Boys and Girls Club from 2008 to 2018, and also served on the Disciplinary Hearing Committee of the Tennessee Board of Professional Responsibility from 2015 to 2021 and on the Shelby County Ethics Commission from 2013 to 2017.

Mathis has also previously served on the Federal Defender Evaluation Committee for the U.S. Court of Appeals for the Sixth Circuit from 2012 to 2013; as President of the National Bar Association’s Ben F. Jones Chapter in 2011; and as Vice President in 2010.