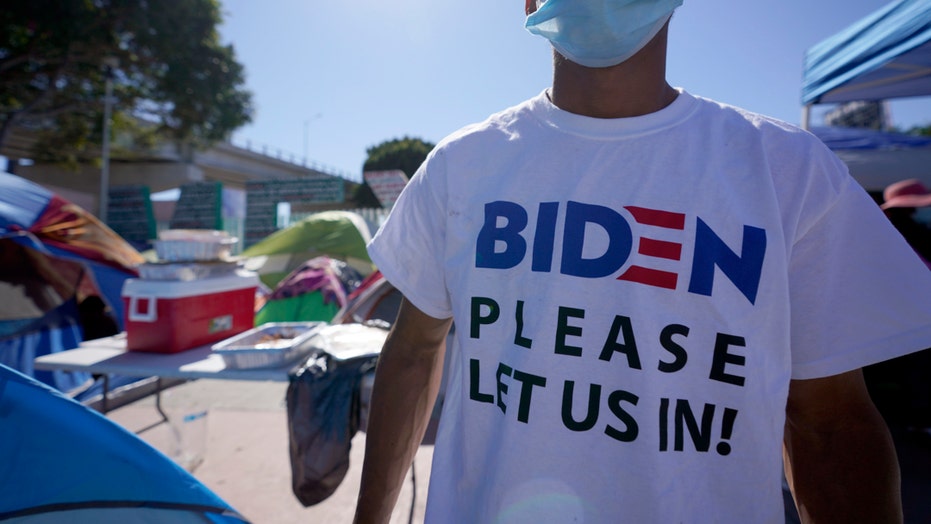 White House on defense amid migrant surge at southern border

President Biden has ordered senior members of his team to visit the southern border and report back to him on how to handle the recent influx of migrant children, a White House spokesman said Thursday.

News of the trip came at a critical time for the administration. As another wave of migrants approached the border, Biden encountered scrutiny over how his administration was treating children in its custody.

“President Biden has asked senior members of his team to travel to the border region in order to provide a full briefing to him on the government response to the influx of unaccompanied minors and an assessment of additional steps that can be taken to ensure the safety and care of these children,” the spokesman said.

“Out of safety, security, and privacy concerns the date and time of this visit will remain confidential but the White House will provide a readout of the visit once it concludes.”

According to Axios, leaked Health and Human Services documents showed Customs and Border Protection referring an average of 321 children per day to the former — a dramatic increase from the weekly average of 203 observed at the end of January.

At the end of last month, the White House faced questions over the reopening of a child migrant facility in Texas — an apparent betrayal of then-candidate Biden’s reported pledge from 2019 not to detain children.

The issue served as a central criticism of former President Trump as Biden continually decried how the former administration put “kids in cages.” When confronted about the Texas facility, White House Press Secretary Jen Psaki argued that “this is not kids being kept in cages.”

Migrant family detention centers in Texas will be converted into rapid-processing hubs, according to The Washington Post. The Post reported Thursday that Homeland Security Department documents showed the administration intended to screen families with the goal of releasing them in the U.S. within 72 hours.

A White House official told Fox News last month that Biden’s approach is to “deal with immigration comprehensively, fairly and humanely. The policy of this administration is not to expel unaccompanied children who arrive at our borders. The Border Patrol will continue to transfer unaccompanied children to the HHS Office of Refugee Resettlement so they may be properly cared for in appropriate shelters, consistent with their best interest.”