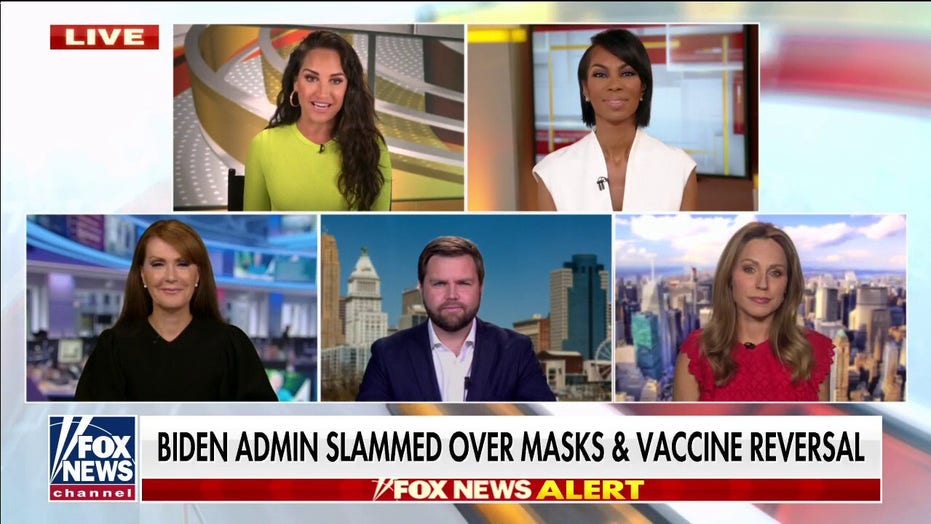 Fox News ‘Outnumbered’ panel weigh in on the Biden administration getting slammed over mask and vaccine reversal.

“Back in 2009, during the so-called Great Recession, the president asked me to be in charge of managing that piece, then-President Trump,” Biden told a Pennsylvania crowd. “Excuse me, Freudian slip, that was the last president. He caused the…anyway, President Obama when I was vice-president.”

Biden’s gaffe was immediately picked up on social media including by a Twitter account associated with the Republican National Committee.

“I feel like Joe Biden might not know what a ‘Freudian slip’ is,” Abigail Marone, press secretary for Republican Sen. Josh Hawley posted.

“Biden just confused Trump and Obama,” McClatchy reporter Bryan Lowry tweeted. “He called it a Freudian slip, which would mean he has some subconscious feelings about his former boss.”

Biden was speaking at a Mack Truck assembly plant in Pennsylvania’s Lehigh Valley announcing his administration’s efforts to encourage citizens and companies to buy American products.

“There’s a new sheriff in town,” Biden told the crowd as he unveiled his plan to update the 1933 Buy American Act, which requires federal agencies to buy goods with at least 55% U.S.-made components. Biden’s administration aims to increase that threshold to 65% by 2024 and 75% by 2029.