The agreement is a recognition of the dangers of going a year into a presidential term without a formal meeting between the leaders of the world’s two largest economies. 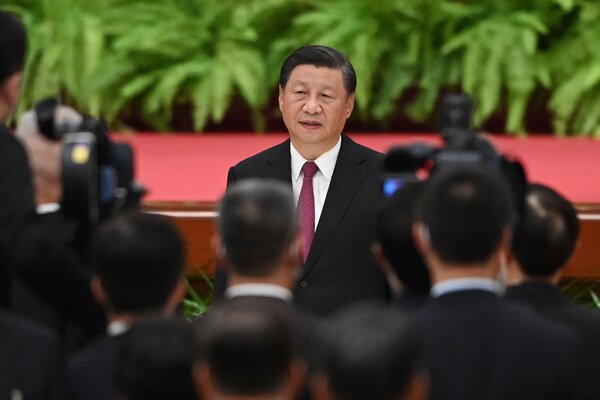 President Biden will meet President Xi Jinping of China for their first summit by the end of this year — but virtually, not in person, a concession to a pandemic era and a recognition of the dangers of going an entire year into a new presidential term without a formal meeting between the leaders of the world’s largest and second-largest economies.

The announcement on Wednesday from American officials came after a six-hour meeting between Jake Sullivan, the national security adviser, and his closest Chinese counterpart, Yang Jiechi, Beijing’s top diplomat.

American officials had sought an in-person meeting. But Mr. Xi has not left Chinese territory for such meetings in nearly two years, and will not be at the Group of 20 summit in Rome this month, which the Chinese leader usually attends. Mr. Sullivan’s meeting came after a Sept. 9 telephone call between Mr. Biden and Mr. Xi in which the two leaders agreed that there was too little communication between their governments.

But by the time Mr. Sullivan arrived in Zurich for Wednesday’s meeting, China’s air force had been entering Taiwan’s air defense identification zone, a clear warning to the island. And the United States had announced a new deal to provide nuclear-powered submarines to Australia, capable of popping up anywhere along the Chinese coast or running through disputed areas of the South China Sea.

And both countries had just swapped imprisoned citizens, after the Justice Department announced a deferred prosecution agreement with a top executive of Huawei, the telecommunications giant, allowing her to return to China. Within hours, two Americans and two Canadians, long held by China, were on planes home.

It is not clear when, exactly, the summit will be held. Presumably other officials will participate, just as they would if the meeting were held in the United States or China.

Still, the decision to hold the summit by secure video contrasts sharply with how Mr. Biden met with President Vladimir V. Putin of Russia last June. That meeting, at a hillside villa in Geneva, was in person.

A senior American official briefing reporters after the Wednesday meeting said the two men had a candid conversation that was direct and wide-ranging. Mr. Sullivan, the American official said, objected to the Chinese effort to condition its cooperation on issues in which both nations have a strong national interest — for example, countering global warming or nuclear proliferation — on American concessions in bilateral disputes.

Mr. Sullivan, the official said, cited climate specifically as an example where aligning the two nations’ approaches is not simply a favor to the United States. But China often accuses the United States of similar linkage — for example, imposing sanctions on China for human rights violations, which Beijing considers interference in domestic affairs.

The official offered few details about what was said on Taiwan, other than a reiteration of previous American statements.