The policy, formally known as Migrant Protection Protocols, was implemented in 2019 and required asylum seekers to stay on the Mexican side of the U.S. border while awaiting immigration court proceedings.

The policy had been criticized by progressives and immigration advocates because it often forced migrants to wait for extended periods of time in substandard conditions, according to Axios, but Republicans like U.S. Rep. Jim Jordan, R-Ohio., suggested its reversal would encourage more migrants to come to the border.

“Tough policies on illegal immigration work. That’s why we negotiated the remain in Mexico policy,” he tweeted. “Once again, the Biden Administration puts America last.” 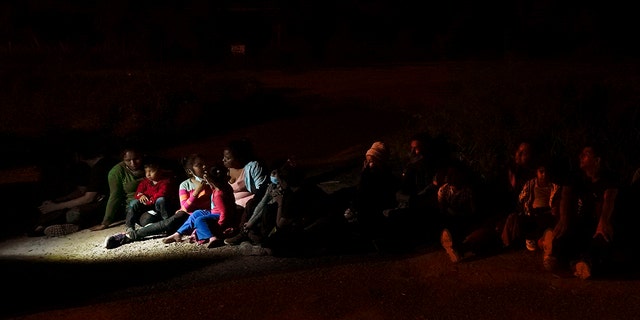 Migrants mainly from Honduras and Nicaragua sit in line after turning themselves in upon crossing the U.S.-Mexico border Monday, May 17, 2021, in La Joya, Texas. (Associated Press)

Trump in a statement called the program a “historic foreign policy triumph but one of the most successful border security programs anyone has ever put into effect anywhere.” He claimed Biden had “inherited the most secure border in history, and they turned it into the greatest border disaster in history.”

Biden has had historic numbers of immigrants coming to the border but Trump also faced surges during his presidency, most notably in 2019.

Denise Bell, a spokeswoman for Amnesty International, conversely called the policy “harmful and unlawful” and applauded Biden for doing away with it, according to Border Report.

Homeland Security Secretary Alejandro Mayorkas in a Tuesday memo announcing the end of the policy said he determined it had “mixed effectiveness” and did “not adequately or sustainably enhance border management in such a way as to justify the program’s extensive operational burdens and other shortfalls.” Biden had ordered a review of the program’s effectiveness.

He noted that border encounters increased and decreased at different times during the program.

“Throughout this time, of course, tens of thousands of MPP enrollees were living with uncertainty in Mexico as court hearings were postponed indefinitely,” he wrote. “As a result, any benefits the program may have offered are now far outweighed by the challenges, risks, and costs that it presents.” Asylum-seeking is legal under U.S. law.

Biden began allowing asylum seekers in the U.S. in phases in February, according to Axios.

Vice President Kamala Harris, who Biden tapped to study the root causes of the border crisis, plans to visit Guatemala next week, as the U.S. faces a surge of migrants since the president took office. She has been criticized for not visiting the border.