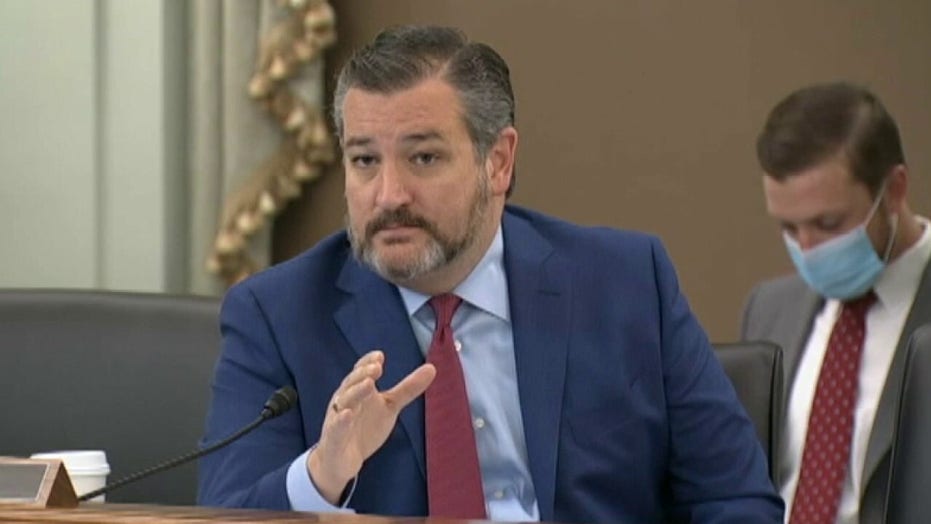 Cruz, other GOP senators to object to certifying Biden victory

Republicans in Congress are staking out their positions ahead of Wednesday's joint session to certify the Electoral College results. Some members are throwing their support behind Trump-backed challenges to votes in states President-elect Joe Biden won and others are warning of the dangers of such an extraordinary effort to essentially overturn the presidential election.

The Wednesday showdown in the Capitol, which could bleed into Thursday or even beyond depending on how long Trump allies in Congress try to drag it out, will set up the ultimate loyalty test to the president for Republicans. Do they back Trump's unsubstantiated claims to the bitter end or do they break with the president, potentially leading to a Trump-backed primary challenge, as the president has already promised against several high-profile members of his party?

The issue is also spurring heavy friendly fire among Republicans after Senate Majority Leader Mitch McConnell, R-Ky., managed to guide a largely united caucus almost all the way through Trump's term, only to see that unity break down in the final 20 days of his presidency. McConnell was reported to have discouraged Electoral College challenges among his caucus.

Sen. Mitt Romney, R-Utah, made his position clear in a biting statement Sunday. 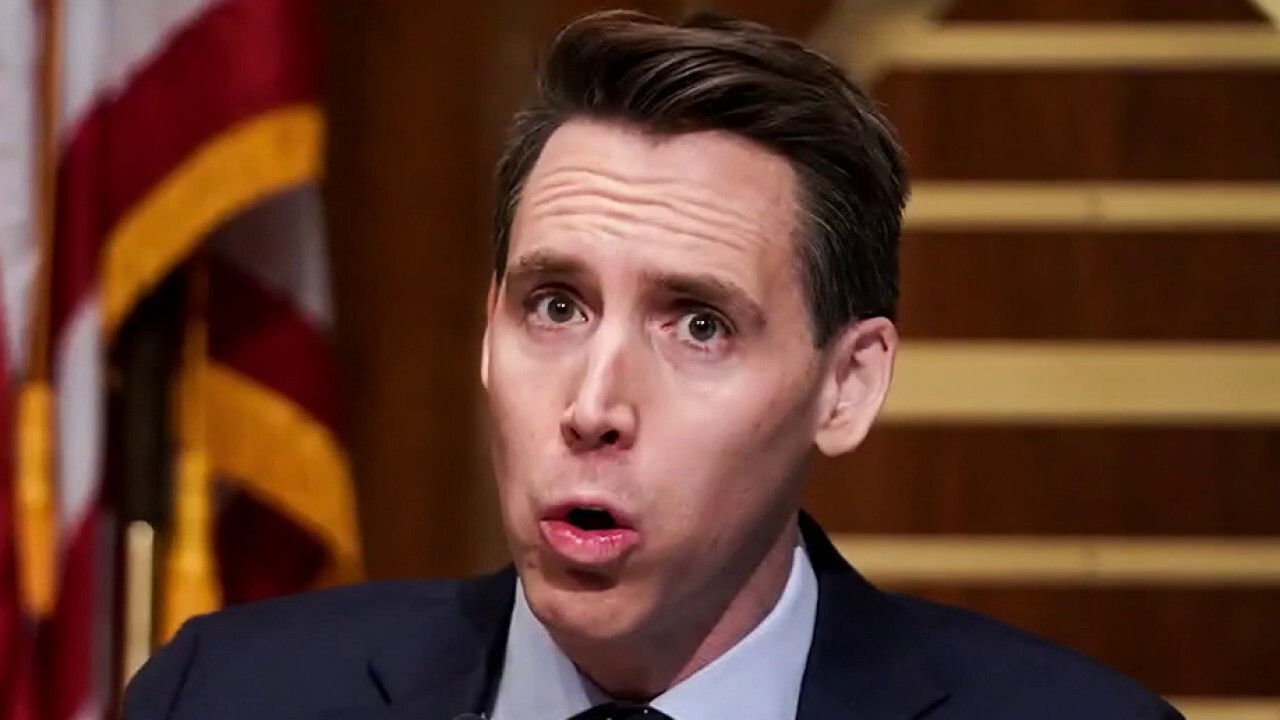 "The egregious ploy to reject electors may enhance the political ambition of some, but dangerously threatens our Democratic Republic. The congressional power to reject electors is reserved for the most extreme and unusual circumstances. These are far from it," Romney said.

He added: "President Trump’s lawyers made their case before scores of courts; in every instance, they failed. The Justice Department found no evidence of irregularity sufficient to overturn the election. The Presidential Voter Fraud Commission disbanded without finding such evidence."

Romney's statement was in reaction to a group of senators led by Ted Cruz, R-Texas, who said they would vote to reject electors from states that are disputed unless Congress sets an "emergency 10-day audit" of the election results.

"By any measure, the allegations of fraud and irregularities in the 2020 election exceed any in our lifetimes," a statement by Cruz and the rest in his coalition read. "Accordingly, we intend to vote on January 6 to reject the electors from disputed states as not ‘regularly given' and ‘lawfully certified' (the statutory requisite), unless and until that emergency 10-day audit is completed." 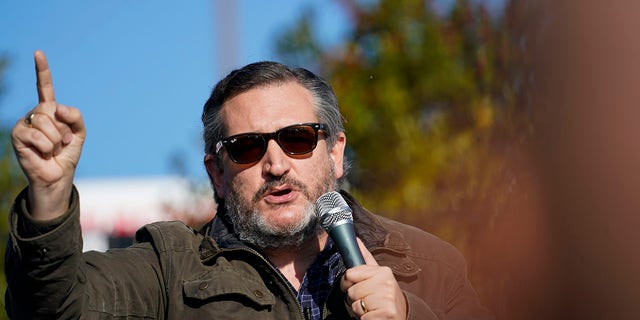 The commission, the senators say, would mirror something Congress set up in 1876. Some Republicans have also said Democrats are hypocritical for attacking them over objecting to states' electors after Democrats did the same the past three times a Republican won the presidency.

Cruz and his group followed Sen. Josh Hawley, R-Mo., widely thought of as a 2024 GOP presidential hopeful like Cruz, who was the first senator to announce that he would join House members in objecting to electoral slates on Wednesday.

"I cannot vote to certify the electoral college results on January 6 without raising the fact that some states, particularly Pennsylvania, failed to follow their own state election laws," Hawley said in a statement.

Sen. Pat Toomey, R-Pa., said Hawley's planned objections represent an "effort to disenfranchise millions of voters in my state and others."

Hawley fired back: "[W]e should avoid putting words in each other's mouths and making unfounded claims about the intentions of our fellow senators… But instead of debating the issue of election integrity by press release, conference call or email, perhaps we could debate on the Senate floor for all of the American people to judge."

Challenges to any states' slates of electoral votes are almost certain to fail. Democrats, who hold a majority in the House, are expected to vote against rejecting electors. And there are enough Republicans in both the House and the Senate who oppose that effort to prevent it from having any chance of success. 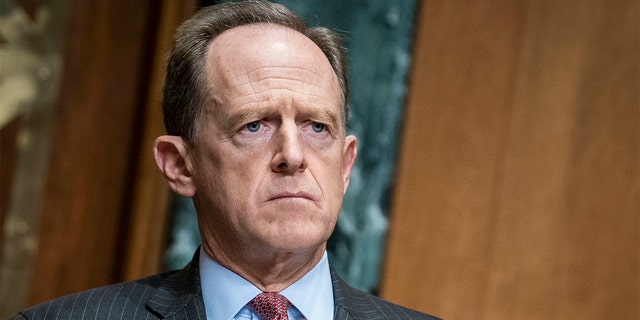 Sen. Tom Cotton, R-Ark., another rumored presidential hopeful, attempted to walk a thin political line Sunday in a statement raising concerns about "irregularities in the presidential election" but opposed members of Congress imposing on the electors sent to them by states.

"I share the concerns of many Arkansans about irregularities in the presidential election… I therefore support a commission to study the last election and propose reforms to protect the integrity of our elections," Cotton said. "Nevertheless, the Founders entrusted our elections chiefly to the states—not Congress… And they entrusted the adjudication of election disputes to the courts—not Congress. Under the Constitution and federal law, Congress’s power is limited to counting electoral votes submitted by the states."

Cotton added: "If Congress purported to overturn the results of the Electoral College, it would not only exceed that power, but also establish unwise precedents. First, Congress would take away the power to choose the president from the people, which would essentially end presidential elections and place that power in the hands of whichever party controls Congress. Second, Congress would imperil the Electoral College, which gives small states like Arkansas a voice in presidential elections." 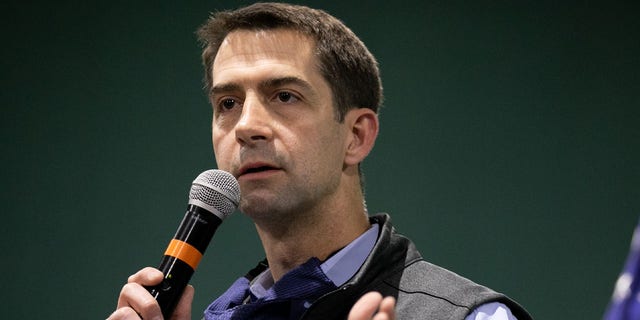 Sen. Tom Cotton (R-AR) speaks to the crowd during a "Defend the Majority" rally for U.S. Sen. Kelly Loeffler (R-GA) and Sen. David Purdue (R-GA) at the Georgia National Fairgrounds and Agriculture Center on November 19, 2020 in Perry, Georgia. Cotton warned over the weekend that Republicans trying to reject electoral votes for Joe Biden may be putting the presidency at risk for Republicans who win elections in the future. (Photo by Jessica McGowan/Getty Images)

They slammed "significant abuses in our election system," but added, "only the states have authority to appoint electors, in accordance with state law. Congress has only a narrow role in the presidential election process. Its job is to count the electors submitted by the states, not to determine which electors the states should have sent."

The lawmakers further warned, "To take action otherwise – that is, to unconstitutionally insert Congress into the center of the presidential election process – would amount to stealing power from the people and the states. It would, in effect, replace the electoral college with Congress, and in so doing strengthen the efforts of those on the left who are determined to eliminate it or render it irrelevant."

Amid the political posturing by many in Washington, Sen. Ben Sasse, R-Neb., said Wednesday that most of it isn't honest. The senator, who has been a consistent Trump critic, in a lengthy Facebook post said that Republicans do not actually believe the president's claims that he won the election or that there is widespread fraud.

"When we talk in private, I haven’t heard a single Congressional Republican allege that the election results were fraudulent – not one," Sasse said. "Instead, I hear them talk about their worries about how they will 'look' to President Trump’s most ardent supporters."

Rep. Liz Cheney, R-Wyo., the chair of the House GOP conference, sent a letter to her colleagues Sunday warning that both the act of objecting of voting to reject a slate of electors is "exceptionally dangerous" and that "commission" proposed by Cruz and his group "is even more problematic."

"Such objections set an exceptionally dangerous precedent, threatening to steal states’ explicit constitutional responsibility for choosing the President and bestowing it instead on Congress," Cheney said in her letter. "This is directly at odds with the Constitution’s clear text and our core beliefs as Republicans."

Rep. Barry Moore, R-Ala., meanwhile is among several new Republican members who have said they will object to the certification of Biden electors.

"This is not just about President Trump," Moore said. "It’s about the will of the American people."

Rep. Jerry Carl, R-Ala., said that "President Trump has had our backs, and now is the time for us to have his as he rightfully pursues challenges to election fraud."

GOP politicians staking out claims either for or against the Electoral College challenges also comes after audio of a remarkable phone call between Trump and Georgia Secretary of State Brad Raffensperger was released Sunday by the Washington Post.

During the call, on which Trump repeats a series of debunked claims of election fraud or irregularities, the president asks Raffensperger to "find 11,780 votes" — one more vote than Trump lost the state by. Trump on the call also repeatedly falsely claimed he won Georgia by "hundreds of thousands of votes."

Rep. Adam Kinzinger, R-Ill., who has been one of the most vocal critics of Trump within the GOP, said that Trump's call with Raffensperger puts challenges to the Electoral College certification in an even worse light.

"This is absolutely appalling," he tweeted. "To every member of Congress considering objecting to the election results, you cannot — in light of this — do so with a clean conscience."

Even as many GOP members of Congress have taken public positions ahead of the Wednesday certification, a large chunk of the party has remained silent, avoiding publicly crossing the president but also not backing the ill-fated attempts to overturn the election.

Among those who don't have the luxury of remaining silent are Sen. Kelly Loeffler, R-Ga., and David Perdue, a Republican whose Senate term expired Sunday but has a chance to win reelection. They're each in a close runoff election for their Senate seats that is set for Tuesday, with Trump scheduled to stump in the state on their behalf Monday.

Publicly crossing the president could make either of the senators a target of the president's Twitter ire, which he has directed at several of their fellow Senate GOP colleagues in recent days.

"I'm encouraging my colleagues to object," he said. "This is something that the American people demand right now. You heard in the last section that there are huge irregularities in Georgia. They need to be investigated and they need to be corrected, in my opinion."

Loeffler on "Fox News Sunday," meanwhile, dodged a question on whether or not she would join the objections to the Electoral College.

"'I've said from the start everything's on the table here and I'm seriously looking at that," she said. "We have to make sure that Georgia and all of Americans trust our voting process. But my number one objective right now has to be winning on Jan. 5th."

Perdue and Loeffler have also both vocally backed Trump's claims of voter fraud and refused to acknowledge Biden as the president-elect, even as many of their Senate colleagues have done so. They both previously called for Raffensperger to resign over the state's elections and Perdue on Sunday said it is "disgusting" that a recorded call of the president would leak. 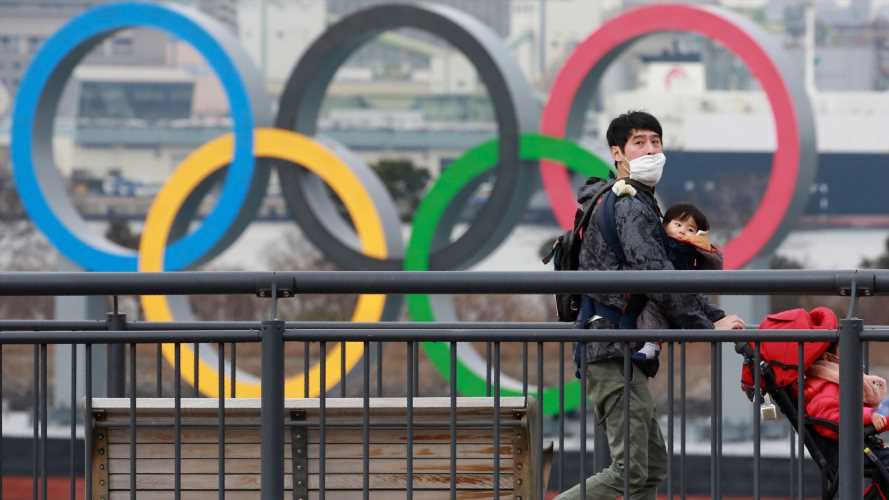