Home » Politics » Barrett says Roe v. Wade is not a 'super precedent' that cannot be overturned

Barrett says Roe v. Wade is not a 'super precedent' that cannot be overturned 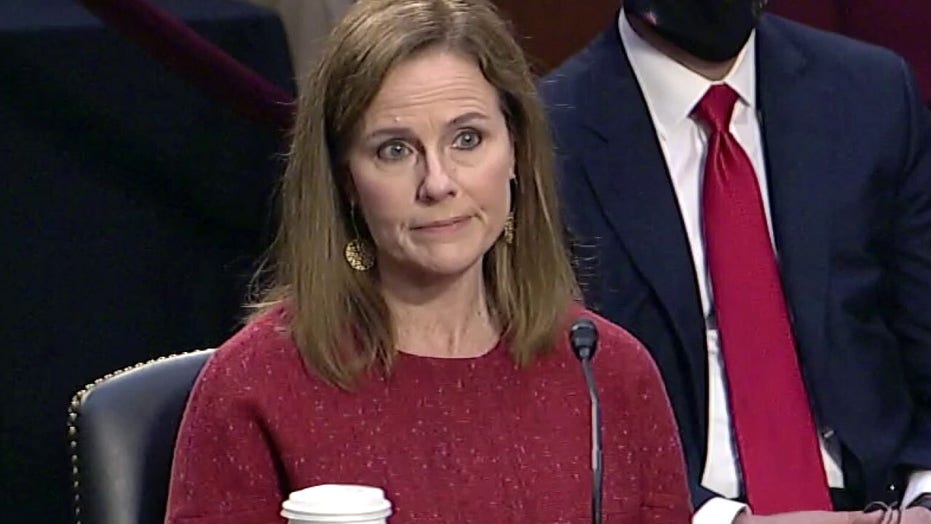 Barrett said that a case like Brown v. Board of Education, which banned segregation in schools, would be considered a super precedent because “people consider it to be on that very small list of things so widely established and agreed upon by everyone, calls for its overruling simply don’t exist.”

“I'm answering a lot of questions about Roe which I think indicates that Roe doesn’t fall into that category,” the Supreme Court nominee told Sen. Amy Klobuchar, D-Minn.

She added: “Scholars across the spectrum say that doesn’t mean that Roe should be overruled but descriptively it does mean that it’s not a case that everyone has accepted and doesn’t call for its overruling."

Barrett pointed to Harvard Law professor Richard Fallon, who argued Roe v. Wade is not a super precedent because “calls for its overruling have never ceased.”

“That doesn’t mean that Roe should be overruled,” the circuit court judge said. “It just means that it doesn’t fall in the small handful of cases like Marbury v. Madison and Brown v. Board that no one questions anymore.”

Democrats have been pressed to know how Barrett, a devout Catholic, would rule on the landmark abortion case.

Barrett has spoken to anti-abortion groups in the past and the practice is strictly off-limits in her faith, but she’s repeatedly insisted she would be an impartial justice.

“The policy decisions and value judgements of government must be made by the political branches elected by and accountable to the People,” wrote Barrett in her opening remarks. “The public should not expect courts to do so, and courts should not try.”

Barrett has cited the “Ginsburg rule” in refusing to answer how she would rule on hypotheticals, including if an abortion case came before the Supreme Court. But her comments on super precedents hint that she believes that overturning the 1973 abortion case is not entirely off-limits on the grounds of "stare decisis," the doctrine that courts generally adhere to the principles of cases that have already been decided in most cases.

In her confirmation hearings, the judge has repeatedly told Democrats hounding her for an answer that she could not "pre-commit" to a certain view on Roe v. Wade or its progeny Planned Parenthood v. Casey.

At the same time, she added that she would follow the principles of stare decisis. However, Democrats have sounded the alarm about a 2013 law school article that justices should be more beholden to the Constitution than precedent.

“Justice’s duty is to the Constitution and that it is thus more legitimate for her to enforce her best understanding of the Constitution rather than a precedent she thinks clearly in conflict with it,” Barrett wrote.