Jacob Rees-Mogg gives update on Brexit to the Commons

David Campbell-Bannerman, who backed Boris Johnson amid calls for the Prime Minister to resign during the partygate scandal, took to social media to voice support for the Government. The ex-UKIP and Tory MEP, who is a descendant of Liberal Prime Minister Henry Campbell-Bannerman, claimed Mr Johnson had a “brilliant day” following his despatch box spar against Sir Keir Starmer at Prime Minister’s Questions. Mr Campbell-Bannerman also welcomed moves made by Eurosceptics Justice Secretary Dominic Raab and Jacob Rees-Mogg to address issues surrounding the European Court of Human Rights and red tape from Brussels.

Boris Johnson has come under pressure in recent weeks from both inside and outside the Conservative Party as the cost of living crisis continues to grip the nation.

He even faced a confidence vote earlier this month after senior civil servant Sue Gray released her internal report into lockdown-breaking parties held in Whitehall, when Covid-curbing restrictions were in place.

However, the Prime Minister saw off some 148 Tory rebels in what Mr Johnson claimed was a “convincing result”.

During his bout with the Leader of the Opposition at Prime Minister’s Questions, Mr Johnson took aim at the Labour Party over the ongoing rail strike.

JUST IN: Education union bosses rake in £1.4m as teachers threaten to strike 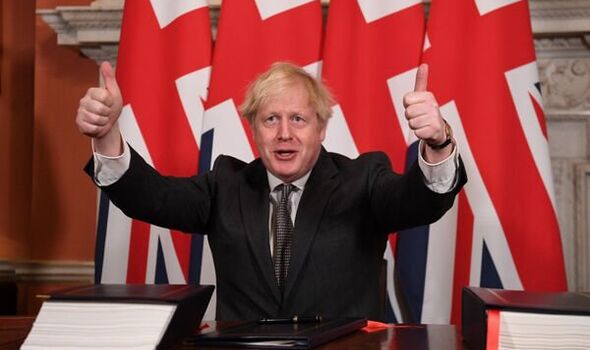 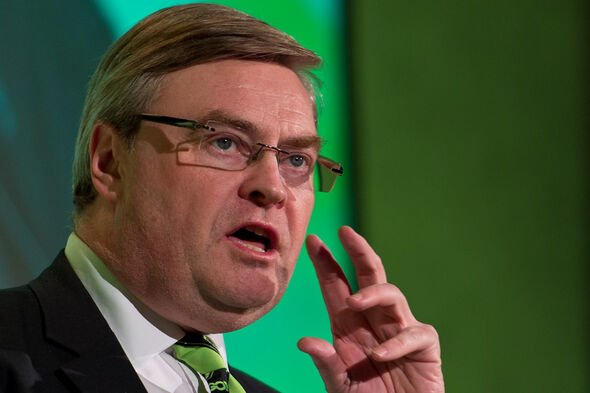 He said: “The leader of the Labour party has not even got the gumption to speak out against the rail strikes that have caused so much damage to the people in the north of this country and up and down the country.”

Sir Keir replied: “Talking of people not up to the job, while the Transport Secretary spends his time working on his spreadsheet tracking the Prime Minister’s unpopularity, thousands of families have had their holiday flights cancelled, it takes forever to renew a driving licence or passport and now we have the biggest rail strike in 30 years.”

Mr Campbell-Bannerman’s support for Mr Raab, a fellow Brexiteer, comes after the Deputy Prime Minister unveiled plans to introduce a Bill of Rights.

Speaking about the move, Mr Raab said: “The Bill of Rights will strengthen our UK tradition of freedom whilst injecting a healthy dose of common sense into the system.

“These reforms will reinforce freedom of speech, enable us to deport more foreign offenders and better protect the public from dangerous criminals.” 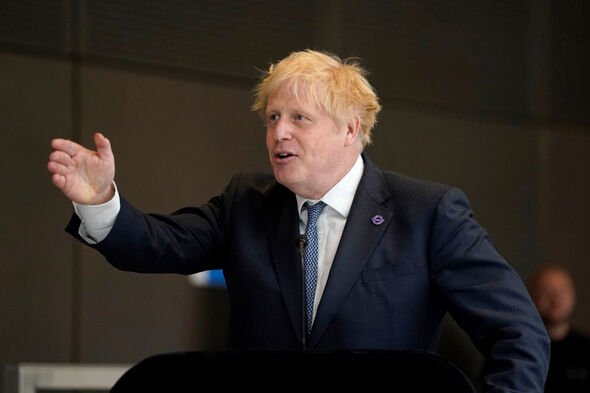 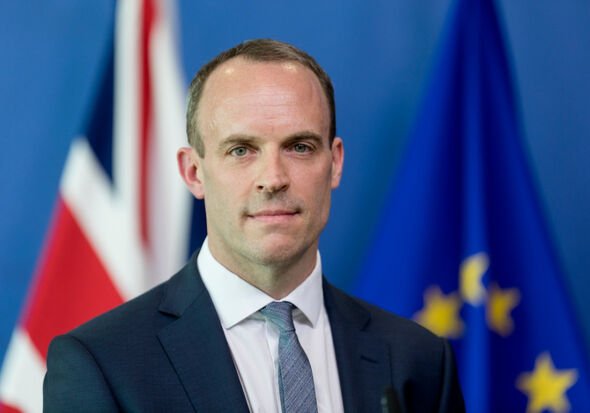 However, a letter signed by 150 organisations has called on the legislation to face detailed scrutiny in Parliament.

The letter said: “It is therefore highly disappointing and worrying that the Government has rejected calls from parliamentary committees representing both houses and all major parties to ensure that these measures are subject to the fullest amount of public and parliamentary scrutiny.”

Despite Mr Campbell-Bannerman’s backing, the Government has also faced criticism over its handling of Britain’s departure from the European Union.

A study by the Resolution Foundation and London School of Economics even concluded Brexit has damaged Britain’s competitiveness, productivity and will leave the average worker poorer.

DON’T MISS:
Imperial legacy is a major asset for Brexit Britain – NEW report [INSIGHT]
Brexit Britain still has ‘OVER 2,000 EU rules’ to be revealed [REVEALED]
Have Your Say: Would you vote for an ‘anti-Brexit’ candidate? [REACTION] 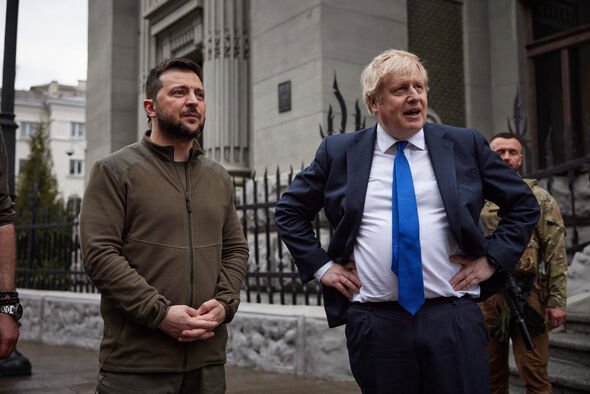 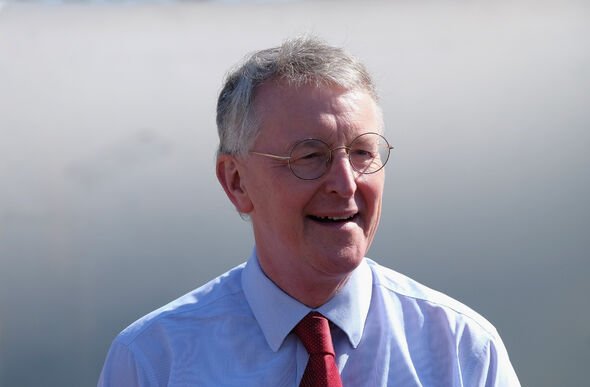 He claimed it was “making businesses and consumers poorer at a time when people up and down the country are struggling to make ends meet”.

The Leeds Central MP added the report proved these were not just “teething problems” either but a “long-term economic problem” and called on Ministers to review the deal.

However, Brexit Minister Jacob Rees-Mogg has launched a new website so Brits can “count down” the scrapping of more than 2,000 EU laws which are still in place in the UK.

While others have claimed the UK’s departure from the EU has exacerbated the impact of the cost of living crisis, the North East Somerset MP and former European Research Group chairman even claimed cutting red tape could alleviate the financial burden. 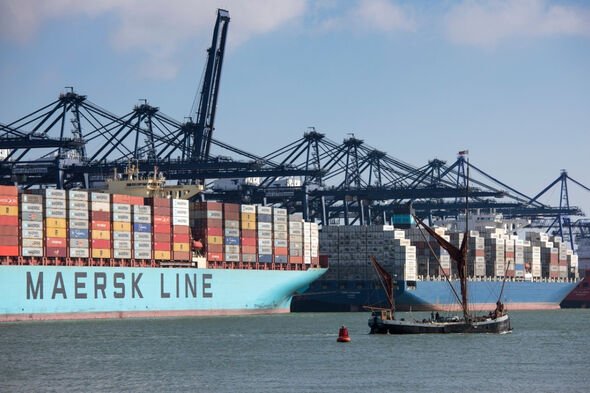 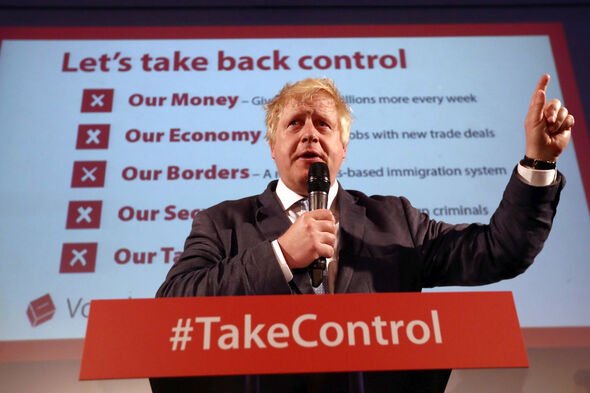 He said “excessive” EU red tape is “pushing up prices” and that axing it will lead to lower food and drink prices for families.

“With inflation running high we need to search everywhere, under every stone and sofa cushion, for supply-side reforms which make products and services cheaper, make things easier for business and ultimately grow the economy and cut the cost of living.

“Using our new found freedom…the Government will be able to remove and amend regulation that is not right for the UK.

“This will make a real difference to reducing unnecessary EU regulations which contribute to the cost of living crisis.”