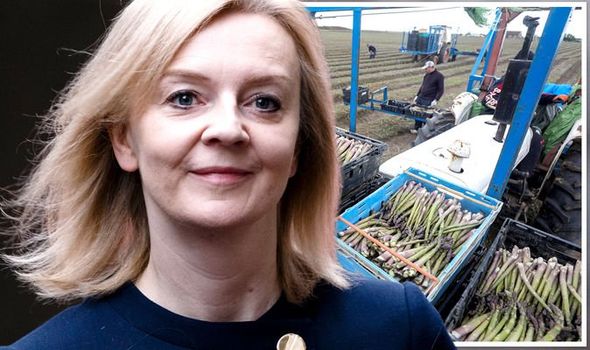 Ms Truss has hit back after a week where the British agriculture sector has been warning that livestock farming in Britain could be wiped out by an australia deal. They are concerned that tariff free trade with Australia and NewZealand will mean the UK market will be flooded by lamb and beef because farms in the Antipodean countries are much larger making food production cheaper. But sources close to Ms Truss have pointed out that the Australia deal along with the one signed recently with Japan is the gateway to joining Comprehensive and Progressive Trans Pacific Partnership (CPTPP) which currently accounts for 13 percent of global markets and could also ensure a trade deal with the US.

It is estimated that the growing middle class in the Asia-Pacific region is expected to drive a nearly 1.5 percent annual increase per capita consumption of meat in the next decade.

Ms Truss has been a champion of the British agriculture sector sisting the Japanese dropped tariffs on UK cheese as part of a trade deal and reopening beef exports to the US in the last year.

A source close to her also noted that because of high standards and quality in the UK, British beef and lamb are among the best in the world and “incredibly globally competitive”.

Added to that worldwide and for beef and lamb “is soaring”.

“By 2030, two-thirds of the world’s middle classes will be in Asia, which is creating unheralded new export opportunities for British farming.

“This is where the future opportunity lies for our farmers.” 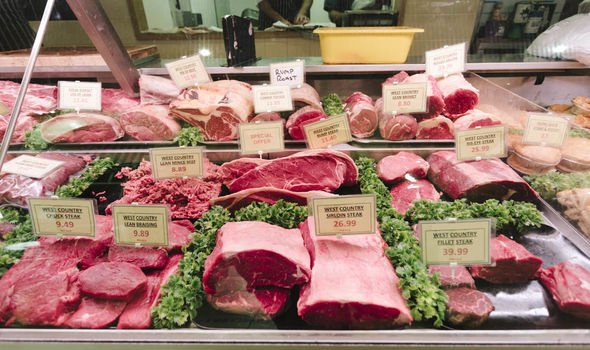 Global meat consumption is expected to increase by 26 percent from 2007 to 2050, with developing countries accounting for almost 90 percent of this growth.

The source close to Ms Truss: “As the Prime Minister said, we should be optimistic rather than fearful about the opportunities out there for British farmers. Our food is some of the best in the world, and in high demand in fast-growing markets across the Asia-Pacific – which our  Aussie trade deal is a gateway into.

“Liz has already struck a great deal with Japan that means more of our great food and drink can go into the Japanese market, and the opening of the US beef market after more than two decades is helping our farmers too. Brexit is a great thing for our agriculture sector and presents a world of opportunity well beyond Europe’s shores.”

The row comes as the Scottish nationalists led by Nicola Sturgeon yesterday again tried to exploit concerns among farmers with Westminster SNP leader Ian Blackford opposing a deal with Australia.

There are fears in the SNP that a worldwide network of trade deals for the UK will undermine their bid for independence.

The Department for International Trade (DIT) confirmed Ms Truss spoke by telephone to Dan Tehan rising amid concern among British farmers that full liberalisation would see them severely undercut by their Australian rivals. 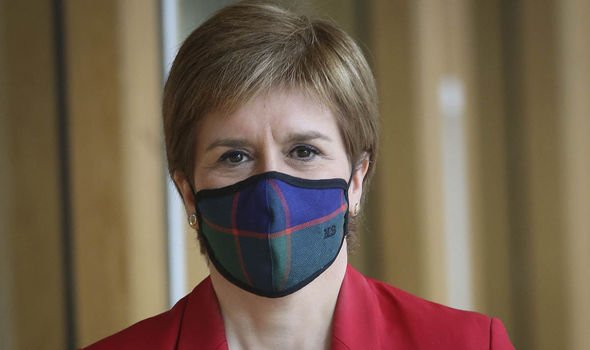 The call took place after ministers met on Thursday to thrash out their differences with Environment Secretary George Eustice and Cabinet Office minister Michael Gove leading the resistance to a zero tariffs, zero quotas agreement which the Australians are demanding.

The two ministers were reported to have voiced concerns that smaller beef and lamb producers – particularly in Scotland and Wales – could be unable to compete with the typically much larger Australian farms.

Boris Johnson – who has made securing a series of ambitious post-Brexit free trade deals a key priority of his premiership – is thought however to have come down in favour of an agreement.

Speaking during a visit to Portsmouth on Friday, the Prime Minister insisted the agriculture sector should see such deals “not as threats but as opportunities”.

“We are certainly looking at doing free trade deals with countries around the world,” he told reporters.

“I do think that free trade deals present a fantastic opportunity for our farmers, for businesses of all kinds and for manufacturers.

“I think it is vital that as a great historic free-trading nation that grew to prosperity thanks to free trade, that we see these new openings not as threats but as opportunities.”