AOC doubled her fundraising total for Texas storm victims to $4 million, as she joined fellow lawmakers in Houston to continue relief efforts

As New York representative Alexandria Ocasio-Cortez volunteered at the Houston Food Bank on Saturday, her fundraising effort for Texans suffering after a severe winter storm climbed to $4 million.

On Friday, Ocasio-Cortez had said the fundraiser reached $2 million, up from $1 million the day before.

Late Saturday, she said it doubled again. “We just hit $4 million!” she wrote on Twitter.

A winter storm last week hit the southern US, leaving millions without power.

Texas, which has its own electrical grid, was among the hardest-hit states. Storm-related damages could near $50 billion in Texas, according to an estimate provided by AccuWeather CEO Joel Myers.

About 2.7 million households in Texas lost power during the storm, according to The Texas Tribune. On Saturday, about 60,000 still were without power, NBC News reported.

The Houston Food Bank was working to put together about 30,000 boxes of food in two days, Ocasio-Cortez said on Saturday.

Jackson Lee, Ocasio-Cortez, and Garcia spoke with the media at Houston Food Bank. 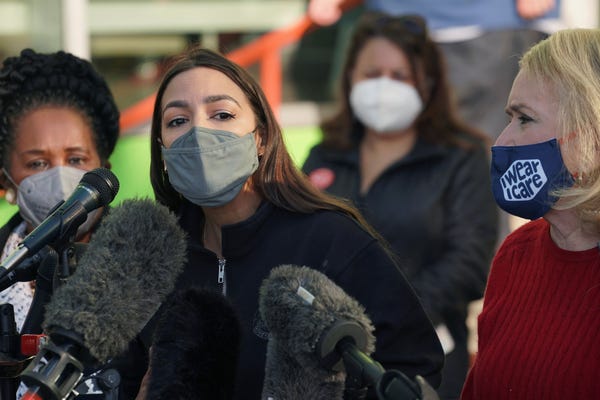 The congresswomen greeted volunteers as they entered the food bank. 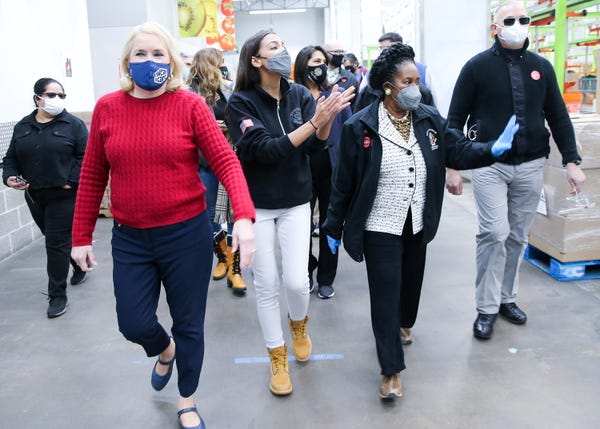 They gave elbow bumps to the other food bank volunteers. 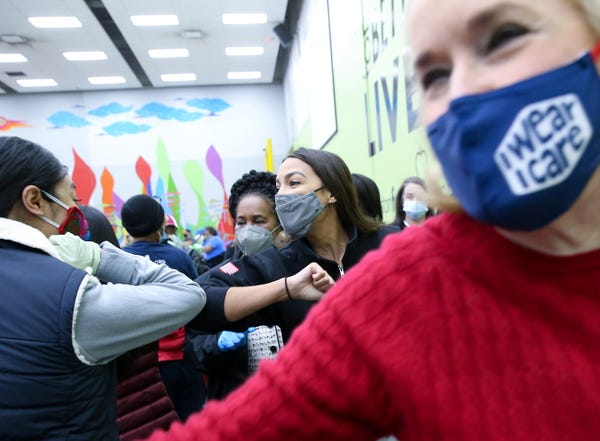 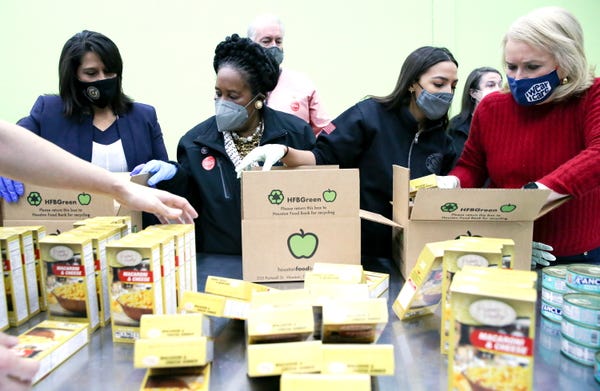 The congresswomen were joined by Rep. Al Green as they toured homes affected by the electrical outages in Houston. 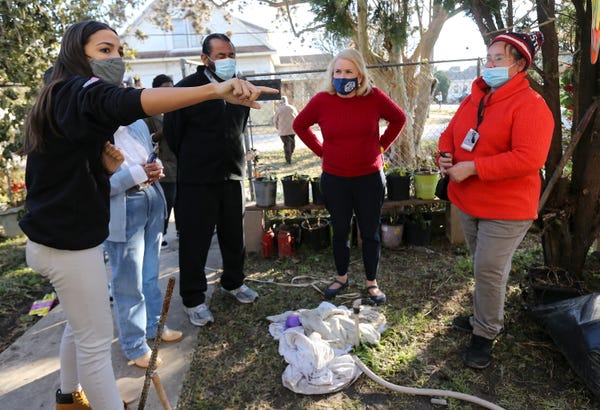 The lawmakers surveyed damage from the winter storm. 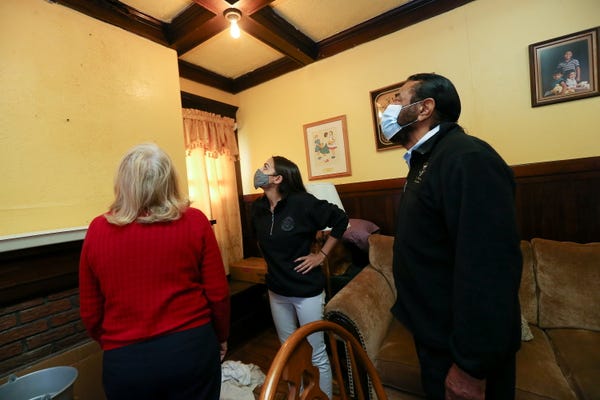 On Twitter, Garcia urged Texans to volunteer if they’re able to.

“I got to work today alongside my amiga and fellow Latina @RepAOC doing what we can to help our neighbors,” she said.

The White House on Saturday announced President Joe Biden had declared a major disaster in the state of Texas.