Nadhim Zahawi fielded questions on the cost of the renovations the day after the Electoral Commission confirmed an inquiry will take place on the origin of the funds. Boris Johnson has maintained taxpayers’ money was not used in what has been dubbed the “cash for cushions” scandal. Discussing the issue with BBC Today programme host Mishal Husain, Mr Zahawi said: “You can probably hear the frustration in my voice in the sense there has been so many questions about this.

Ms Husain insisted the public needed clarity on who had funded the refurbishment throughout, noting: “The important question is who paid for this all the way along at various steps.

“We don’t have the complete details, we will eventually, I suppose, because there are now three different inquiries into this.”

The Vaccine Minister responded: “The Prime Minister paid for the bill.” 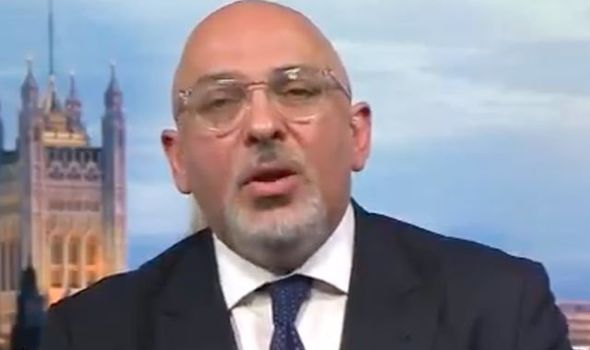 The answer appeared not to satisfy the BBC presenter, who once again asked: “Did he always intend it? That is important, isn’t it?

“If he always intended to do it, why didn’t he just do it right from the beginning?”

Mr Zahawi finally hit back: “I think I’ve answered plenty of questions on this. The Prime Minister paid for it.

Boris Johnson has been 'set up' by Keir Starmer says Archer

In a statement released on Wednesday, the Electoral Commission said: “We are now satisfied that there are reasonable grounds to suspect that an offence or offences may have occurred.

“We will therefore continue this work as a formal investigation to establish whether this is the case.”

If it finds sufficient evidence of an offence, the commission can issue a fine of up to 20,000 pounds or refer the matter to the police.

Mr Johnson’s opponents say he may have broken British rules by letting party donors secretly contribute tens of thousands of pounds to a luxury renovation of his living quarters.

In a hot-tempered appearance in parliament on Wednesday, the Prime Minister repeatedly insisted he had covered the cost of the renovation himself, though he avoided directly answering whether he had done so only after the fact, once the scandal had emerged.