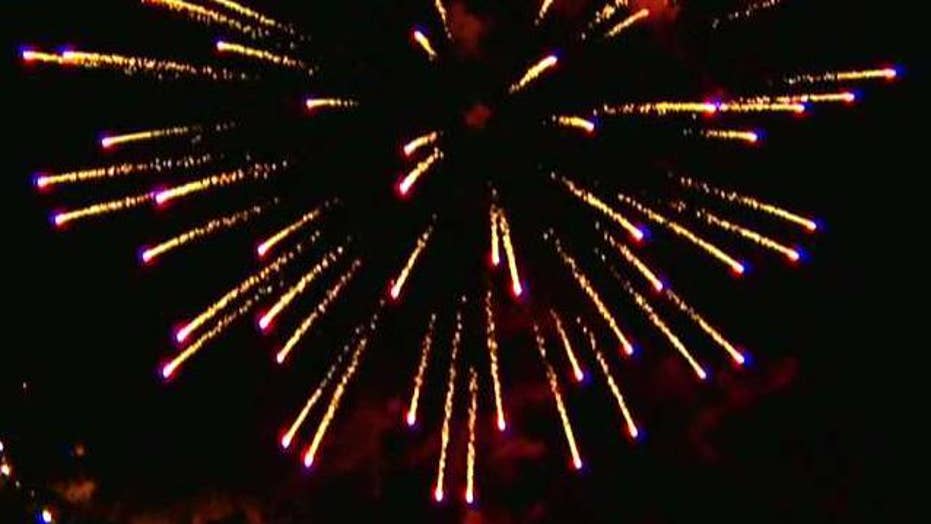 On Independence Day we celebrate the birth of our nation, a nascent state determined to be something different, something better than the nations left behind by those early settlers who first made the trip to the “New World.”

We don’t celebrate the completion of that experiment or the perfection of our union. We celebrate its aspirations that its people would prosper in liberty and justice.

Admittedly, those aspirations at first and for many years did not encompass the rights of the people who were here for thousands of years before ships began arriving on our shores, or the people brought here in bondage on other ships.

KAY COLES JAMES: NATION'S VALUES UNDER ATTACK — WE MUST DO THIS TO STOP THE LEFT'S SOCIALIST AGENDA

We were an imperfect union then, and we are an imperfect union still. That’s to be expected because while we are made in the image of God, we are not God. We are human beings, flawed sinners capable both of great evil and extraordinary righteousness, every one of us, from our Founding Fathers and mothers to all of us alive today at this perilous moment for our nation.

Our union, that grand experiment still unfolding, is in grave danger right now. We are challenged not only by a global pandemic that is sickening and killing more people every day and whose end we cannot predict, but also by a social upheaval the likes of which we have truly never seen.

We have been riven before. The Civil War. The Civil Rights Movement. The Vietnam War protests. All of these have stretched the fabric of our nation but it has not torn. Those challenges made us stronger, better.

I hope and pray we can withstand our current challenges but we won’t without God’s help, and without being able to find a way to listen to each other.

Our streets are restive. For weeks, protests and rallies that occasionally sparked riots made people afraid to leave their homes or believe they had to defend those homes at gunpoint. No one is listening to anyone in these noisy and chaotic days. No one is being heard.

Similar to the way the #MeToo movement of a few years ago took down another prominent figure every few days, civil rights organizations, student groups and others now are toppling statues of prominent leaders from our nation’s past. Even some you would expect to be safe – Robert Gould Shaw, Ulysses Grant, Abraham Lincoln – have become targets. I wake up each day wondering which historical figure is next.

I am not enamored of statues, and I have made my feelings known before. My faith tells me not to worship idols, and a statue can become an idol. When a statue of my uncle, Rev. Dr. Martin Luther King Jr., was to be dedicated, I told my family I wasn’t sure I could be there. I loved and revered my uncle, the man, but I would not worship his statue.

We need to relearn civility, to remember when we could disagree without scorching the earth between us.

Still, it pains me to watch these unruly people, many of them ignorant of history, tearing down statues as if that’s an answer to our problems. And it pains me to know that our First Amendment rights to free speech are being trampled by a politically motivated Twitter mob that decides what sentiments can be spoken and which must be stifled. The extremism of our newly anointed “cancel culture” is terrifying.

It’s daunting to realize that this time when we are keeping socially distant from each other is exactly the moment when we need to be coming back together. We have political differences we will never overcome but we are all Americans, whether we believe that’s something worth celebrating or not.

We need to relearn civility, to remember when we could disagree without scorching the earth between us.