The former First Minister said he would demand negotiations on leaving the UK should begin in the first week of the new parliament but made no mention of rejoining Brussels as he launched Alba’s election pledges. His position on Europe differs from his SNP rival Nicola Sturgeon who has repeatedly stated Scotland should rejoin Brussels at the earliest opportunity and campaigned under the slogan “Stop Brexit” ahead of the 2019 General Election.

It’s the one manifesto which is taking Scottish independence seriously

Mr Salmond used the Alba manifesto launch to take a swipe at the SNP and the Scottish Greens – the latter of whom he has previously accused of being “as weak as dishwater” on independence.

During a five-minute speech which was mostly about independence, and after which he did not take questions, Mr Salmond said Alba has a “proper plan” for Scotland to leave the union.

He said: “Without doubt, it’s the one manifesto which is taking Scottish independence seriously, with urgency, with a proper plan on how to deliver independence for Scotland through a referendum or another agreed democratic test.

“But also how to be properly prepared to build Scotland and the Scottish people the case they deserve to hear to reach the determination and a successful independence process.” 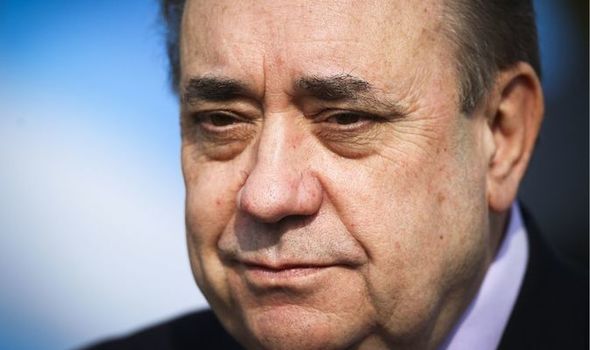 Earlier in the address, Mr Salmond said his party had been set up to “bring urgency into the timetable” for delivering independence, and he vowed there would be “no more backsliding on timetables” if Alba is part of the “supermajority” of MSPs elected in support of independence.

With Alba’s highest return in opinion polls giving them six seats after May 6, Mr Salmond said: “Alba isn’t standing to be a government, we’re standing to be in a position to push the government further than it would otherwise go.”

He added that Alba MSPs would show “courage, not caution”. 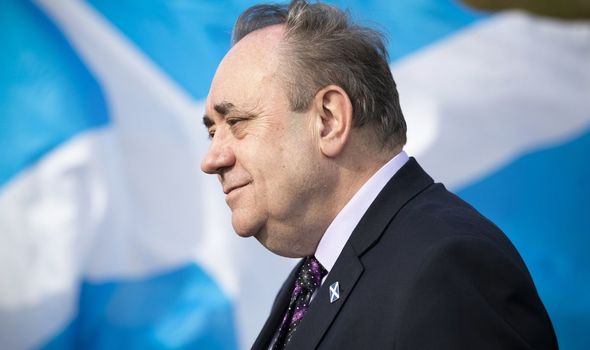 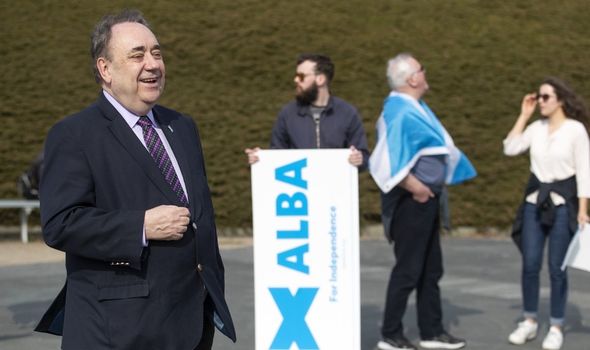 Despite the party’s clear desire for independence, Mr Salmond insisted it is not a “single-issue party”.

He said: “We offer a vision of the Scotland we seek, a Scotland where all citizens are equal before the law and a written constitution.

“A Scotland where the search for equality is reconciled with hard-won women’s sex-based rights.

“The programme is social democratic – promoting prosperity with social equality and environmental responsibility.”

Other policies put forward by the party include the creation of a national renewable energy corporation, funding infrastructure projects through the Scottish National Investment Bank, and the establishment of a “citizens’ chamber”, which would see Scots picked at random to serve in a second house scrutinising Holyrood decision making.

A spokesman for the SNP said: “In a fortnight’s time, the people of Scotland will have a choice whether to put Scotland’s future into the hands of Boris Johnson or putting Scotland’s future in Scotland’s hands by re-electing Nicola Sturgeon as First Minister with both votes SNP.”

She warned his re-election would be “desperately sad for the Parliament”, would exacerbate divisions and continue his feud with First Minister Ms Sturgeon – a relationship which fractured after he was accused of multiple sexual assaults. 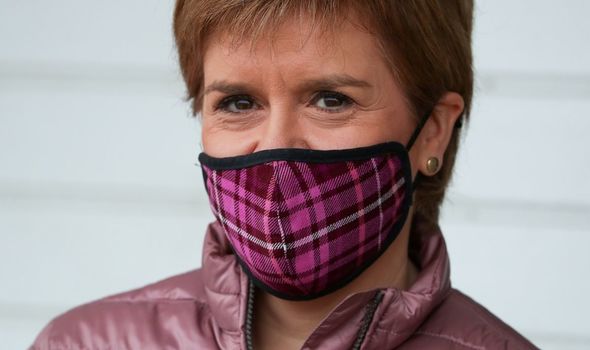 Ms Baillie sat on the Scottish Parliament inquiry into the Scottish Government’s unlawful handling of harassment allegations against Mr Salmond, who was cleared of 13 charges by a jury in a criminal trial and then successfully challenged the Government’s investigation.

She said: “Having spent hours and hours and hours on the harassment committee, I can say to you that the thought of Nicola Sturgeon and Alex Salmond continuing their division and their arguments in the Parliament just fills me with dread.

“It will expose the deep divisions in the SNP, but it will divert the attention of the Parliament at a time where we should be focused on recovery.

“Certainly for people in my community, that’s the most important thing.

“If we had both of them boxing with each other it just is going to be desperately sad for the Parliament.

“But at the end of the day, it’s a matter for the electorate and from what I’ve seen of current polling, I don’t think Alba or indeed Alex Salmond may well be represented in the Parliament.”