The Trump administration announced Wednesday that 2,200 U.S. troops will leave Iraq and 4,100 will depart Afghanistan over the next two months. This came only two days after Trump blasted top military officials who, in his telling, “want to do nothing but fight wars so that all of those wonderful companies that make the bombs and make the planes and make everything else stay happy.”

Last month, isolationist Sen. Rand Paul (R-Ky.) endorsed Trump during a prime-time speech at the Republican National Convention, declaring that the president “believes as I do that a strong America cannot fight endless wars.”

This was also Trump’s posture in 2016, when he ran as a candidate who would pull America from foreign quagmires. It’s as phony now as it was then, and unfortunately for Trump, who spent Wednesday tweeting 17 times about the news that a Norwegian parliamentarian nominated him for the 2021 Nobel Peace Prize, there’s a record to prove it.

The very same military leadership Trump blasted as bloodthirsty has been planning that drawdown from Iraq for months, and over the past year, Trump has deployed more than twice as many troops as he now plans to withdraw — a total of 14,000 — to other parts of the Middle East.

Incidentally, Christian Tybring-Gjedde, who nominated Trump for the Peace Prize, is known for saying Muslims are inherently overly aggressive. The achievement for which he praised Trump — helping to establish diplomatic relations between Israel and the United Arab Emirates — is tied to a major military build-up by the UAE.

And for all his fulminations against the military-industrial complex, the weapons industry is one of the big winners of the Trump era. The president has grown close to Boeing and Lockheed Martin, two defense giants he had previously accused of fleecing the American taxpayer, in his typically transactional way.

He presents himself as helping the economy by appearing at weapons production facilities in swing states and boasting about encouraging other countries to buy their products. The companies benefit from his historically large Pentagon budgets and commitment to record arms sales — which he seeks to shield from congressional and expert oversight and concerns about morality, like when his administration forced through weapons to Saudi Arabia after its assaults on Yemen and murder of Washington Post journalist Jamal Khashoggi. 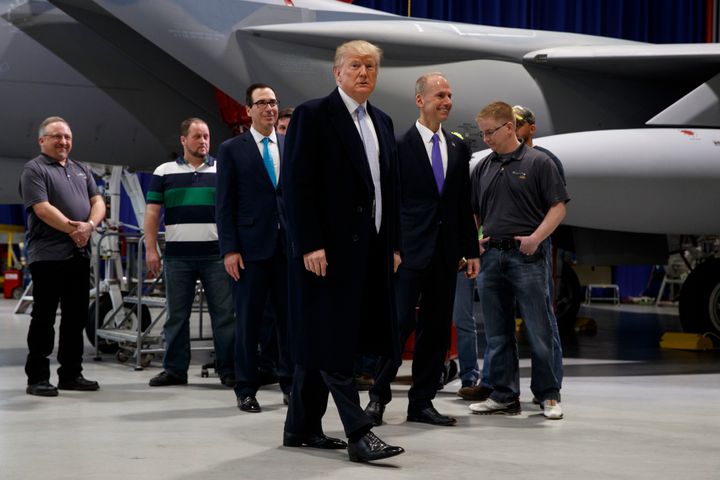 In choosing top Pentagon staff, Trump has disregarded potential conflicts of interest: All three of his defense secretaries had previously worked for the defense industry, and nearly half of his top Defense Department officials have ties to military contractors, according to the Project on Government Oversight.

Despite his campaign-trail talk last cycle and this time around, Trump has shown little interest in questioning the status quo on military matters ― and those working in the field understand that: Compared to his rivals, the president has raised the most money from defense industry employees in 2020, after he was a distant second choice for them in 2016, Center for Responsive Politics data show.

Peter Navarro, a high-ranking White House adviser, emphasized last year that Trump doesn’t think like traditional critics of overly assertive American power. “While President Dwight Eisenhower in many ways viewed the ‘military-industrial complex’ as a source of waste and inefficiency, the Trump administration sees our defense industrial base as the unshakable foundation of both economic and national security,” Navarro wrote in The New York Times.

“God bless Boeing,” Trump said in 2017 at one of the aerospace company’s product launches.

The president has, meanwhile, made peace far more elusive. He used five of his eight vetoes so far to protect a Saudi-led intervention in Yemen, weapons sales to the kingdom and its allies, and his own power to wage war with Iran, peace activist Hassan El-Tayyab of the Friends Committee for National Legislation noted on Twitter.

He’s increased the risk of such a conflict with Tehran by smashing an agreement to limit its nuclear development and subjecting it to intense pressure, encouraging the regime to ramp up its own saber-rattling and assassinating one of its top generals in an escalation past presidents viewed as too risky.

And even where Trump has come close to creating stability, in following President Barack Obama’s plan to fight the Islamic State in Iraq and Syria, his comfort with brutality has instead sown chaos: Announcing a sudden move to pull out of Syria, he encouraged Turkey to move in to fight Kurds previously aligned with the U.S. Experts say the result was an opportunity for ISIS to plan a comeback.

Despite embarking on landmark diplomacy with North Korea, Trump has likely made a deal with the country harder to sell politically in the U.S. because he has tied it to his flattery of the nation’s repressive ruler, which other politicians feel compelled to resist.

In the wars Trump has continued to wage, he has enabled greater bloodshed, permitting deadlier strikes in Afghanistan, Somalia, Iraq and Syria and racking up historic numbers of civilian casualties from U.S. operations that could lead to future violent anti-Americanism. The president’s philosophy holds that those excesses are signs of success. By repeatedly pardoning and celebrating convicted war criminals, he has shown he will protect those who are so violent they break the law.

Though he avoided military service himself, Trump decided long ago that fighters were more successful the more brutal they were, even if that meant violating human rights standards like sparing a combatant’s innocent family members. He also said that soldiers had proven to be insufficiently tough and not worth celebrating if, for instance, they had been taken prisoner. “I like people who weren’t captured,” Trump said of former prisoner of war Sen. John McCain. 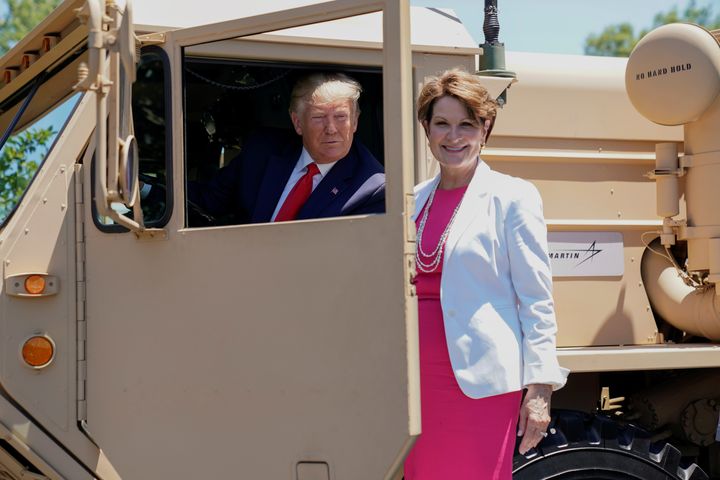 This posturing helped Trump become president four years ago. Well before he entered the Oval Office, Trump developed firm opinions on global affairs that dovetailed with his broader view of the world. He identified foreigners as threats to the U.S. who would only respond to harsh measures, pushing for tariffs as he crusaded against Japan in the 1980s and beginning the new millennium by wishing President George H.W. Bush had deposed Iraqi dictator Saddam Hussein in the 1990s.

In running for president, Trump saw a political advantage in differentiating himself from other Republicans by lying about opposing the 2003 war against Iraq. He tied criticism of global entanglements to a broader message that he was an outsider, attacking near-universally condemned moves like the Iraq invasion as well as projects with bipartisan support like the NATO military alliance to argue that America’s elite had failed ― all the while boosting fears of those beyond U.S. borders and tying foreign fears to domestic communities like Muslim Americans.

His approach resonated with some key voters: A research paper widely circulated among conservatives after Trump’s shock victory in 2016 found that communities in traditionally Democratic states that experienced disproportionately high losses in the wars in Iraq and Afghanistan were more likely to vote for Trump.

Today, Trump’s narrative is that he is defending American lives and wealth from unsolvable crises abroad and a self-serving establishment in Washington; his campaign uses peace signs in Facebook ads and his supporters call him a rare champion for commonsense caution.

In reality, the president helps arms dealers line their pockets, misrepresents important international developments to seek credit, and largely ignores the consequences of his choices for the billions of people outside the narrowly defined group he sees himself as serving. Trump has spent the last three and a half years actively making more war more likely.