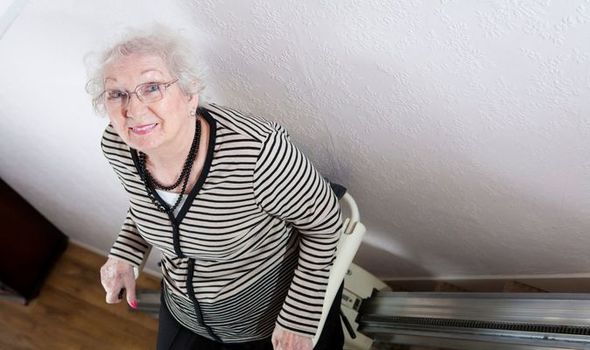 The White Paper reforms unveiled in Parliament were broadly welcomed by care groups and charities – but many insisted much more will have to be done to pull the stricken sector “back from the brink”.

Critics said the plans do nothing to solve a staffing crisis sparked by the loss of 60,000 workers in six months.

Former Health Secretary Jeremy Hunt said it was a case of “three steps forward, two steps back” as he urged ministers to rethink the measures.

He told Care Minister Gillian Keegan they would not stop “hospital wards continuing to be full of people who should be discharged and older people not getting the care they need – because the carers don’t exist”.

Mr Hunt added the spending plans were “a long way off” the £7billion extra a year that the Health and Social Care select committee wanted.

Instead, £5.4billion has been allocated to social care – which will be raised from the £36billion health and social care National Insurance levy The plans include a repairs service to help older and disabled people live in their own homes for longer.

Money for this will come from the £1.7billion allocated to improve social care over the next three years and will pay for adaptations such as stairlifts, wet rooms and home technologies.

At least £300million will be invested in increasing the range of supported housing and £150million will be used to drive a greater adoption of technology, which can support independent living.

Up to £25million will be used to change services providing support for unpaid carers and increasing their access to respite services. And a previ- oot ously announced share of £500million will go towards ensuring the care workforce has the right training and feels valued.

But the details were roundly criticised. Writing in the Daily Express today, Sally Warren, of health think tank The King’s Fund, said: “The steps outlined don’t go fast or far enough to achieve this vision and the funding allocated to deliver it is insufficient.”

Unison union leader Christina McAnea accused the Government of “tinkering around the edges of a fundamentally broken system”. The County Councils Network, said: “Councils and providers face multiple financial challenges in delivering social care, including workforce pressures, which the Health and Social Care Levy does not address.”

Richard Kramer, chief of disability charity Sense said: “This doesn’t address the major issues within the social care system, which have existed for years and have been worsened by the pandemic. The plans must be backed with immediate investment.”

In the Commons, Mrs Keegan stressed the 103-page plan was a 10-year vision and “an important step…to giving more people the dignified care we want for our loved ones”.

She also defended controversial plans to cap care costs at £86,000, which will allow the wealthy to keep a greater proportion of their assets, while poorer people may still have to sell their homes to pay care bills.

She insisted: “No one will be worse off compared to the current system. And many people will be better off.”

It does not go fast or far enough, says SALLY WARREN

This White Paper is the final part of the Government’s plan to fix social care, alongside funding reform and the funding settlement announced in the Spending Review.

The commitments do not match the ambition set out by the Prime Minister and urgency of change which the people who draw on care rightly expect to see.

The overall vision in the White Paper is the right one and, if delivered, could significantly improve the experience of people receiving and working in care.

However, the steps outlined don’t go fast or far enough to achieve this vision and the funding allocated to deliver it is insufficient.

After the introduction of a new social care cap and changes to make the means test more generous, only £1.7billion is available from the £5.4billion raised by the Health and Care Levy to fund these proposals for three years.

In particular, there is little to tackle poor pay and conditions and high vacancy levels in the sector.

There are some positive proposals, such as giving higher priority to developing better options for housing. But there is nothing to deal with some of the sector’s most urgent and immediate problems.

The plans mean social care services will continue to face significant challenges in supporting people who rely on them to live independent and fulfilling lives.