Why a ‘greenwashing’ crackdown should have come as no surprise

On Tuesday, about 50 German police raided the Frankfurt offices of Deutsche Bank’s asset management arm, DWS Group and sent shockwaves through the $US30 trillion ($41.8 trillion)-plus environmental, social and governance sector. DWS and the sector should, however, have seen it coming.

The raid, which sparked the resignation of DWS chief executive Asoka Woehrmann within hours, was triggered by allegations last year by a former head of sustainability at DWS, Desiree Fixler, that the fund manager had made false and misleading claims about its ESG credentials. The group had claimed in 2020 that half the $US900 billion of assets it managed were invested under ESG criteria.
Fixler described DWS’ claims as a marketing tool. 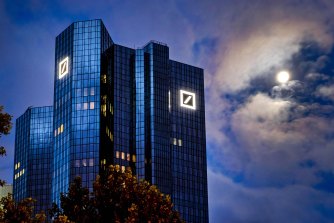 The raid on Deutsche Bank’s asset management arm was triggered by allegations last year by a former head of sustainability at DWS, Desiree Fixler, that the fund manager had made false and misleading claims about its ESG credentials.Credit:AP

DWS wouldn’t be the first and won’t be the last to embellish its ESG credentials to try to cash in on the tide of money flowing towards funds that invest within an ethical framework.

Nor is it only fund managers who try to benefit from the trillions of dollars flowing towards ESG-labelled funds and away from companies perceived as having weak ESG characteristics, particularly on climate-related issues.

Companies themselves have tried to “game” ESG investors by publishing ambitious carbon emissions reductions plans without doing much, if anything, to achieve them.

DWS and other ESG managers ought to have realised that there would be a spotlight shone on what they were saying about their funds and what they were actually doing because the authorities have been broadcasting their intention to crack down on “greenwashing” for several years.

In Europe, where the regulatory efforts are most advanced, the European Union has adopted a corporate sustainability reporting directive that requires detailed disclosures of the way companies operate and manage social and environmental and is trying to develop a range of legislated benchmarks for asset managers that label themselves as ESG investors.

In the US the Securities and Exchange Commission’s chairman, Gary Gensler, only this week referred to proposals the SEC is now considering to improve disclosures by investment advisers and funds that “purport” to take ESG factors into consideration when making investment decisions.

Under the SEC’s proposals fund managers would have to disclose the ESG factors they consider and the specific strategies, criteria and data they use to invest in line with them. They would also have to disclose metrics like the greenhouse emissions of their portfolios and their annual progress towards their ESG objectives.

In Australia, the Australian Securities and Investments Commission and the Australian Competition and Consumer Commission have both shown increasing interest in ESG-related disclosures by fund managers and companies, with ASIC starting an investigation of greenwashing by superannuation and managed funds last year and the ACCC warning that companies falsely promoting their green credentials would face an enforcement crackdown. 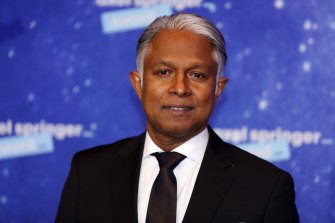 The raid sparked the resignation of DWS chief executive Asoka Woehrmann within hoursCredit:Bloomberg

Even before the raid on DWS there had been other instances of regulatory action related to ESG disclosure issues.

Last month the SEC fined the Bank of New York Mellon Corp $US1.5 million for misleading claims about its ESG funds.

The commission has also taken action against Brazil’s Vale, alleging the giant iron ore mincer had made false and misleading statements about dam safety in its sustainability reports and other ESG disclosures. (The Brumadinho tailings dam operated by Samarco, owned by Vale and BHP, collapsed in 2015, killing 19 people and causing horrific environmental and social damage).

Ensuring that what ESG-labelled funds actually do accords with what they say they do is not straightforward task, given that there is no consensus about what constitutes ethical investing and few benchmarks at this point against which to test whether funds’ behaviours are true to what is a very broad range of ESG labels.

It’s the dual appeal of funds that claim to be doing good and backing companies that meet ESG criteria and the claims of superior performance that is turbo-charging the sector’s growth.

Is an ethical investment one that has no carbon footprint and ticks all the boxes for good governance or could the category also include, say, a mining company with a clear and measurable commitment to reducing its carbon emissions and those of its customers?

A case in point might be Shell which, with the help of a court order, is committed to almost halving its emissions and those of its suppliers by 2030 relative to 2019 levels. Should it be shunned or supported by ESG investors?

In practice, companies like Shell are shunned by some investors on ESG grounds but embraced by others. ESG investing frameworks are broad and vague.

Equally, it’s hard to test the sector’s claims of superior performance – claims that have helped, along with the increased interest of investors in ethical investing, drive the massive inflows of funds towards the ESG managers. Bloomberg’s intelligence unit has forecast that the sector will have about $US50 trillion of funds under management by 2025, or about a third of the world’s managed funds.

It’s the dual appeal of funds that claim to be doing good and backing companies that meet ESG criteria and the claims of superior performance – end-investors can both assuage their consciences and be rewarded for it – that is turbo-charging the sector’s growth.

Whether that’s because the underlying companies that tick their boxes are inherently better-performing or whether the external environment in recent years favoured the types of stocks that generate fewer ESG issues (carbon-light tech stocks did spectacularly until very recently) and whether the same investment performance could be achieved by non-ESG-labelled funds with good asset allocations and stock selections is all open to debate.

What the regulators apparently are not going to debate, however, is the intensifying push to ensure that funds claiming to be ESG investors can demonstrate that they have the systems and strategies and can supply the metrics to support and substantiate those claims.

That’s not unreasonable. What the funds actually do should line up with their marketing. For the funds, and their regulators, however, given the extent of the grey areas in the definitions of ESG investing that might prove to be easier, or at least more challenging, when said than done.