Home » Markets » Westpac set for windfall in US Coinbase float

Westpac set for windfall in US Coinbase float

Westpac is set to reap a hefty windfall from the looming float of Coinbase, after the United States cryptocurrency giant revealed a surge in quarterly profits.

Coinbase, a cryptocurrency exchange, will go public next week via a direct listing on the Nasdaq, and there is speculation the company’s market value could be anywhere between $US50 billion ($65 billion) and $US100 billion ($130 billion). 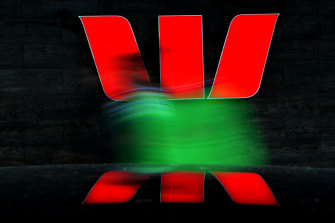 Westpac has a minority stake in Coinbase, which is set to float next week.Credit:Sam Mooy

Wherever its valuation ends up, the listing is set to result in a major payoff for Westpac’s venture capital arm, Reinventure, which took a minority stake in Coinbase in 2015. The value of this stake was not disclosed at the time, but it has been reported the fund could make a gain of about $300 million on the investment.

Neither Reinventure nor Westpac would comment on Wednesday, but the recent market excitement surrounding Coinbase and bitcoin suggests a significant payday for the bank is inevitable.

Coinbase on Tuesday night said it expected to make net income of $US730 million to $US800 million for the March quarter, which is more than twice its annual income during 2020.

The company, which has 56 million users, said its transaction volumes could move materially, reflecting movements in the price of bitcoin and cryptocurrency assets.

As the bitcoin price has roughly doubled this year to almost $US58,000 this week, Coinbase said moves in crypto assets could be “highly volatile” which meant its revenue and profits would be unpredictable on a quarterly basis.

Westpac has shown little interest in supporting bitcoin as a more mainstream financial asset, with its Reinventure investments often seen as an opportunity for the bank to learn about fintech developments, such as cryptocurrencies. Accordingly, one option could be for the bank to sell its stake in Coinbase and take the windfall.

The lender sold its 10.7 per cent stake in buy now, pay later (BNPL) business Zip Co for about $360 million last year, after it formed a partnership with rival BNPL operator Afterpay. However, the Zip stake was held by the bank directly, rather than through Reinventure.

Reinventure, co-founded by Simon Cant and Danny Gilligan, was set up in 2014 when the fintech revolution was in its early stages. The corporate venture capital fund was launched under former chief executive and technology enthusiast Brian Hartzer and senior executive Jason Yetton, who is now back at the bank running a division that is selling non-core assets.

As banks face scrutiny over how they allocate capital, Reinventure has indicated it will seek to raise funding from other external investors outside Westpac.